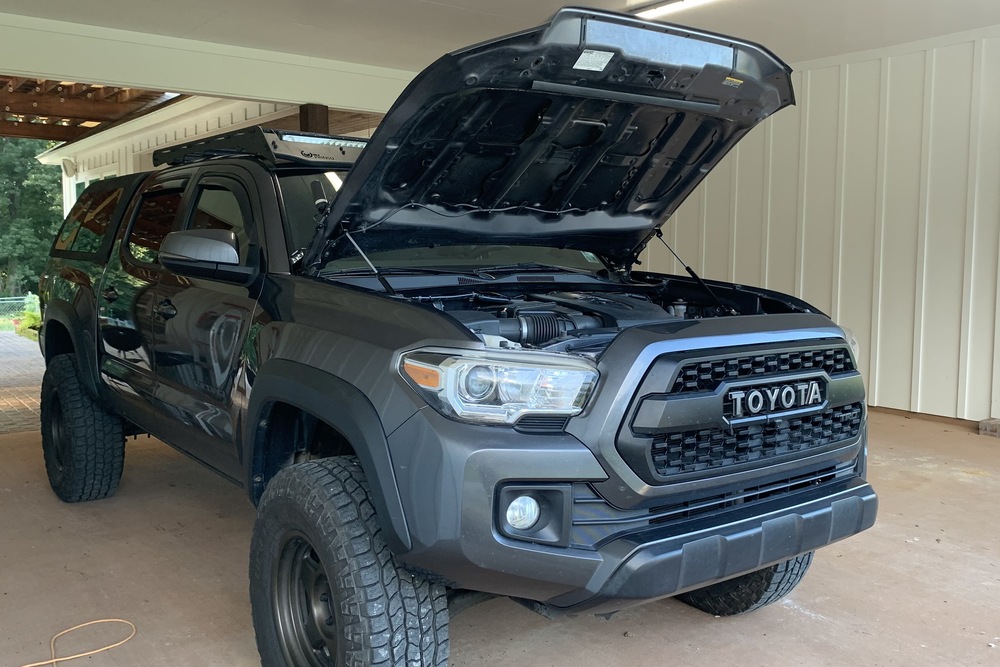 What are piston hood struts/shocks and why should you install them on your Tacoma?

A piston hood strut lifts your Tacoma hood to full open height once you pop and unlatch your hood. The hood on the Tacoma is on the weighty side, and when you add a +3” lift and bigger tires to your rig, propping your hood up to full height becomes a little challenging.

While you can solve this problem by not being short or by lifting weights, another route is to install a pair of Sokietech piston hood struts to lift your hood smoothly and quickly as soon as you release the hood latch. The great thing about Sokietech’s struts is that they require zero drilling or riveting, and you can install them with common garage tools. 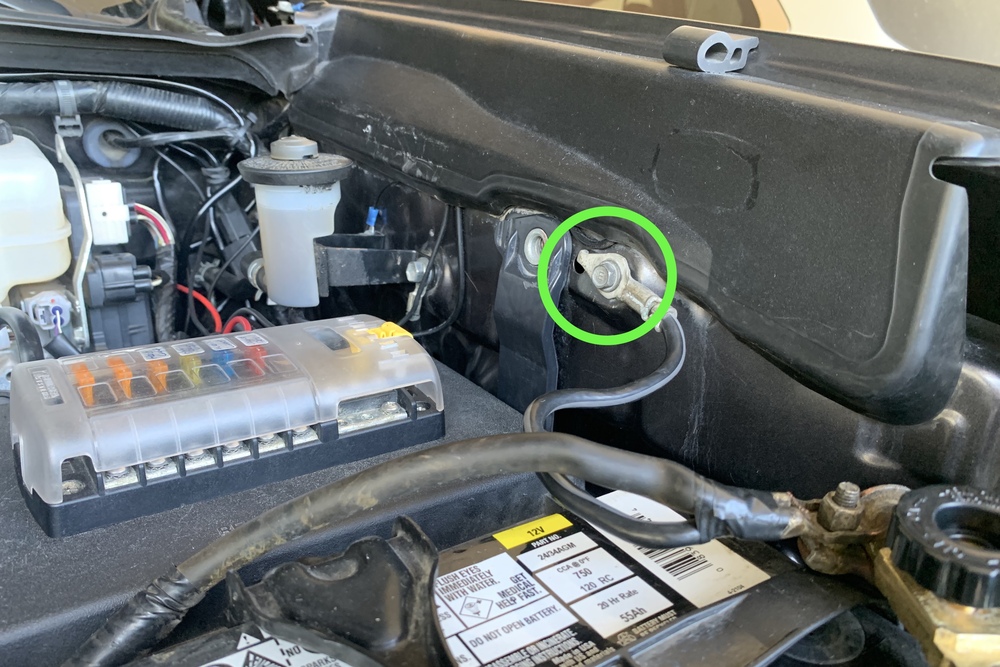 After opening the hood, locate the grounding bolt on the right side fender wall next to the battery and fuse box.

This bolt grounds the negative terminal of your battery to your truck. Using your 10mm wrench, remove this bolt. You will no longer need it, as the new hardware will replace it. 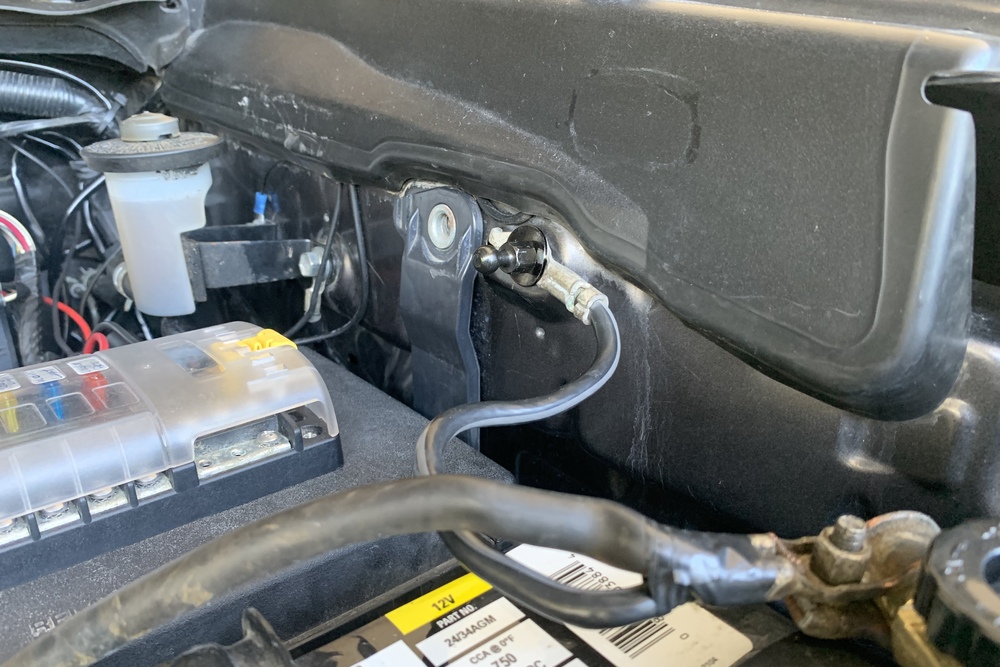 Be sure to feed the bolt through the grounding cable, to connect the battery negative back to the body of the truck. No torque value is given, so tighten it down snugly. But be careful not to strip the bolt or sidewall threads. 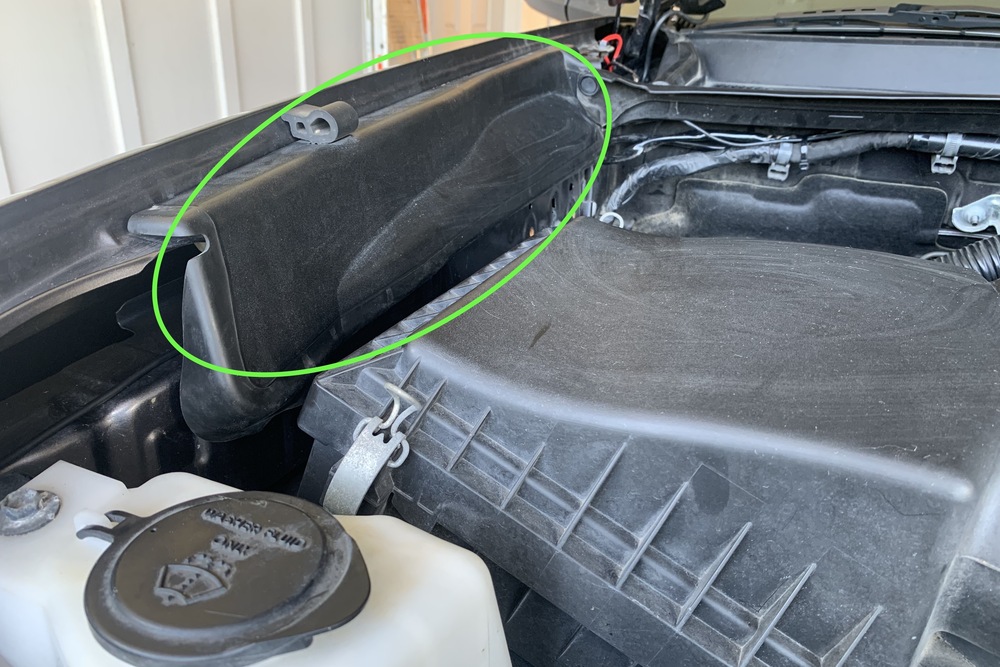 You will now need to remove the left sidewall cover.

Push inward toward the engine at the top of the cover, and the cover should pop/slide off fairly easily. 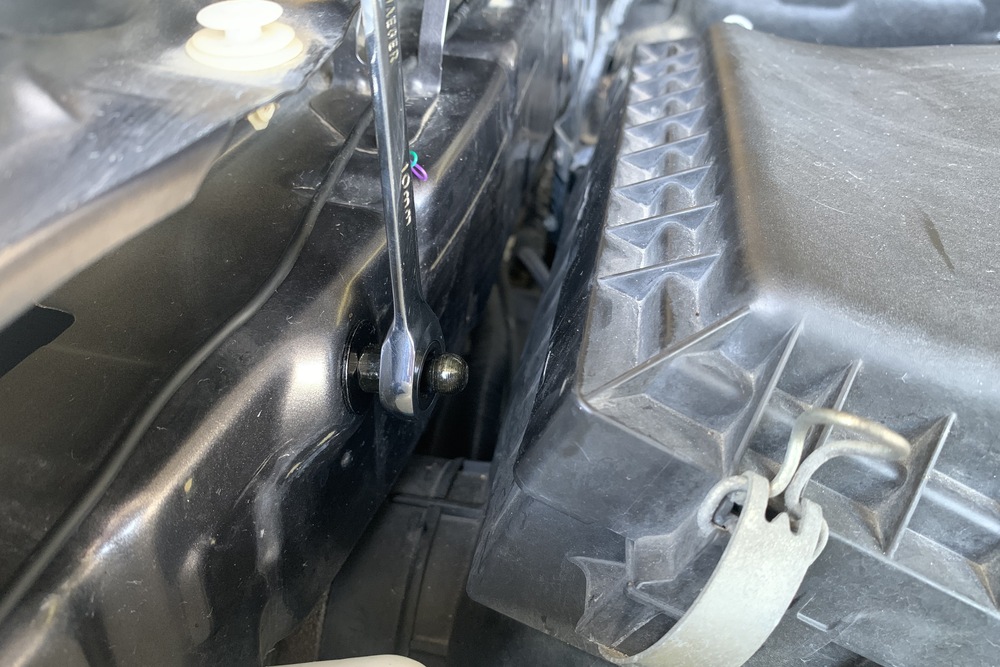 If you opted for a socket in steps 1-2, you will need a wrench this time because of the tight clearance between the wall and the air filter. 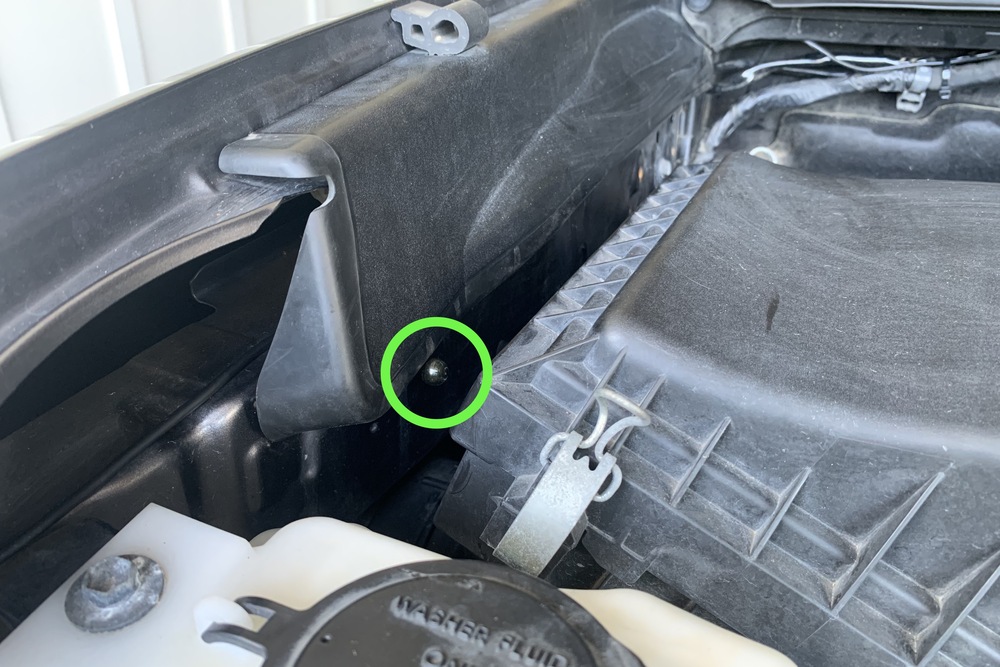 Reinstall the cover. The sidewall cover slides back into its slots just like it slid/popped off. 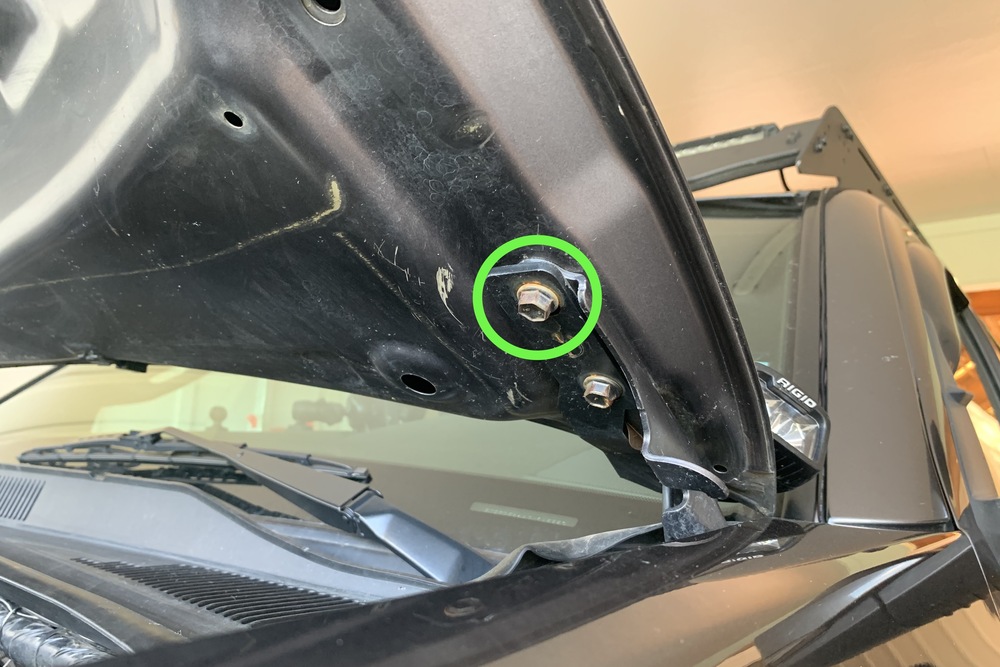 Now you’re ready to install the strut mount that attaches to the hood itself.

First, you will need to remove the top hood bolt with a 12mm wrench. Remove it completely and do not worry, the hood will not move, since the rear bolt is still tightly secured. 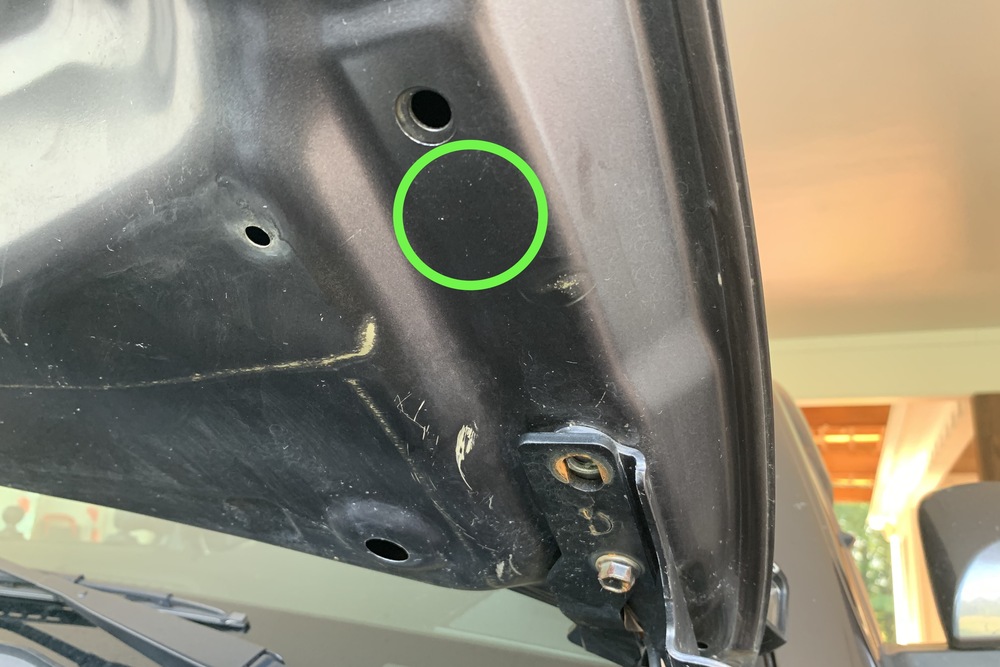 Next, you need to prep this area circled in green by cleaning with the wipes mentioned in the materials list. 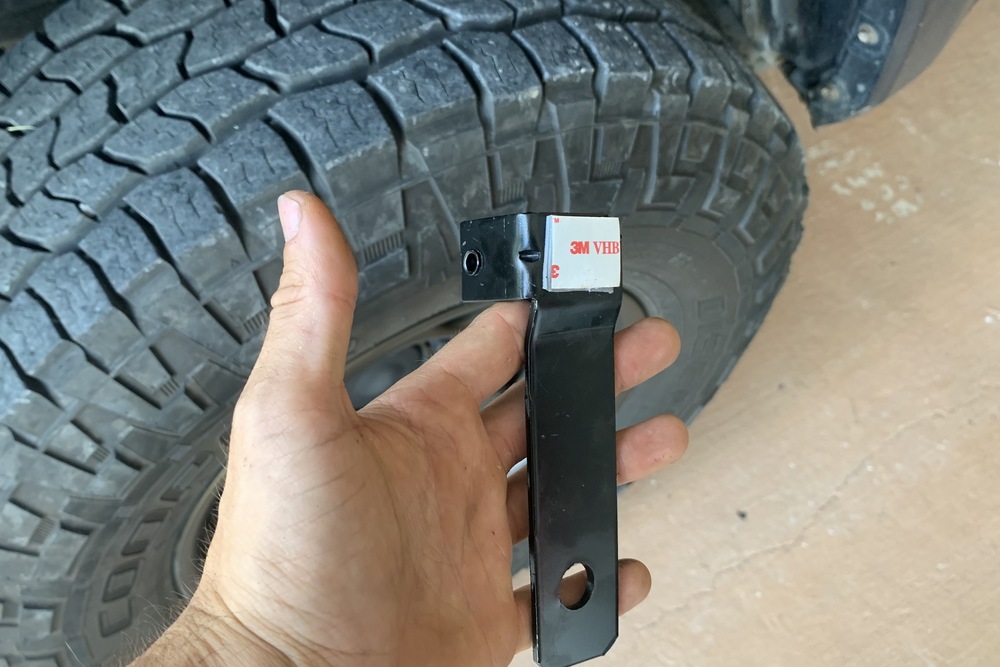 The reason for cleaning this area is because the Strut Hood Mount comes with 3M tape which needs a clean surface to adhere to.

Look carefully at the circled area in the previous photo above. The tape will adhere approximately here. 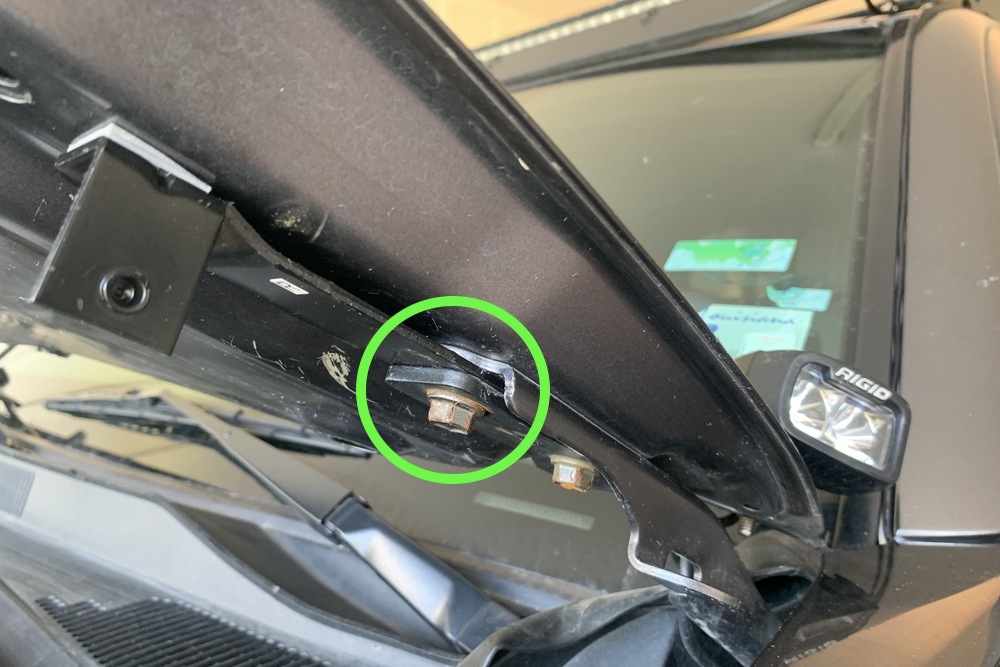 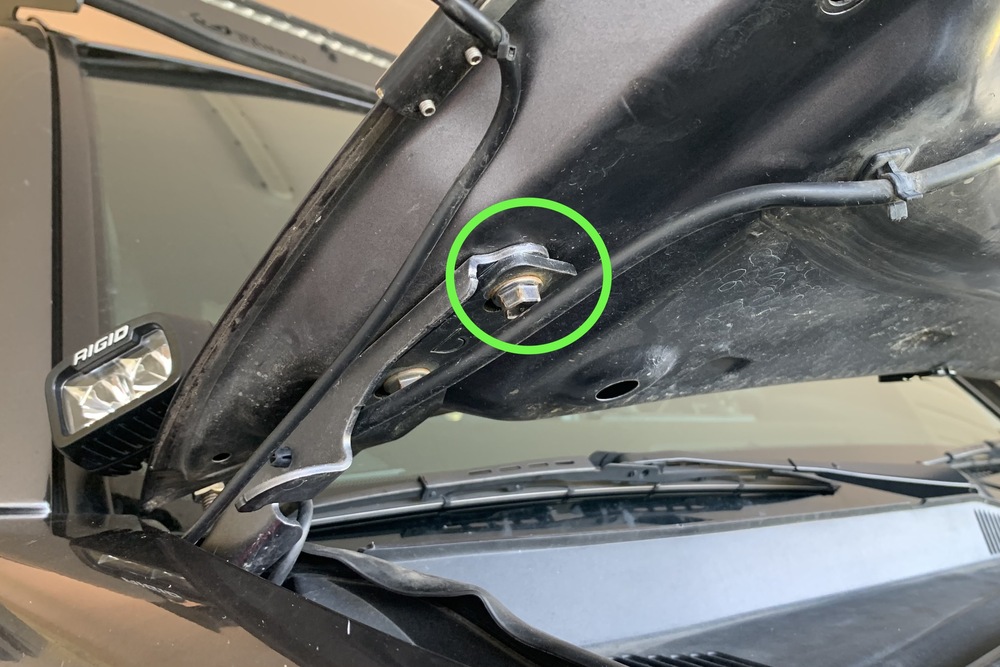 Now, you will remove the left side top hood bolt in the same manner as the right side, paying attention to the same area for cleaning as well. 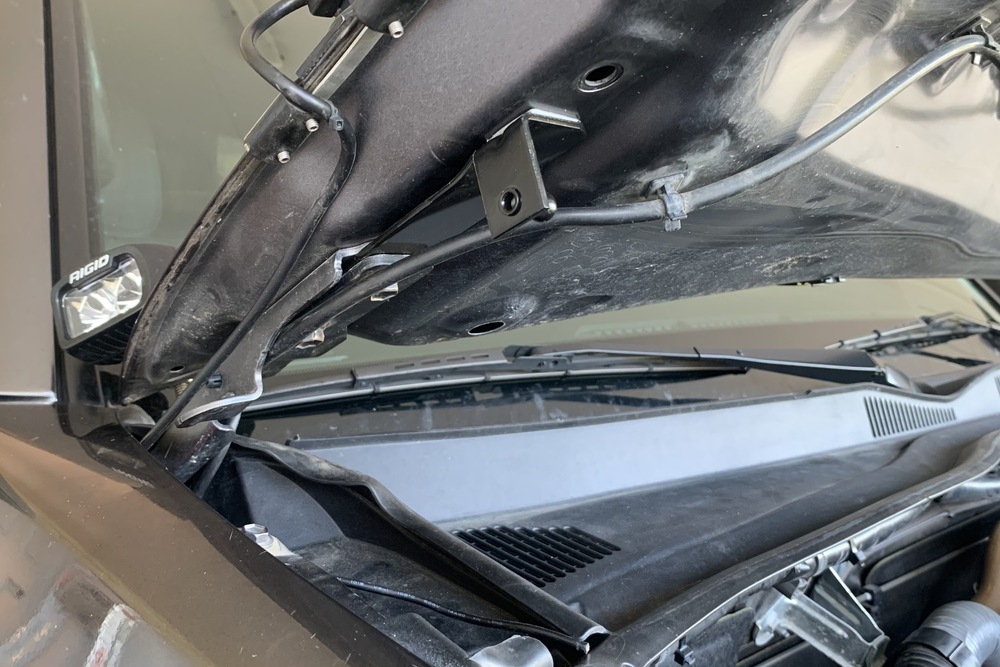 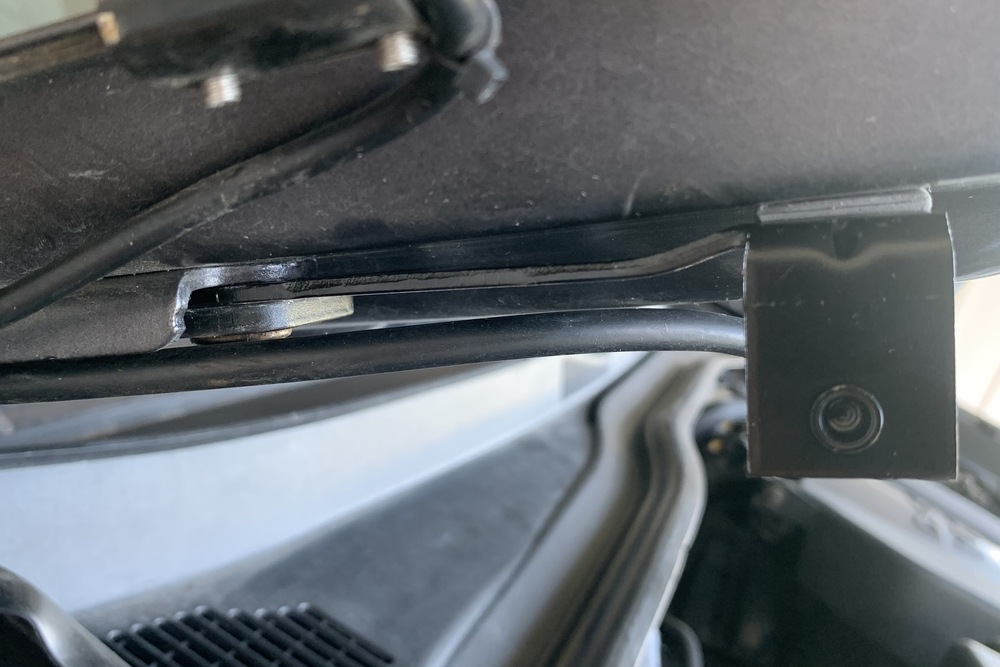 Here’s another closeup of the left-side positioning. 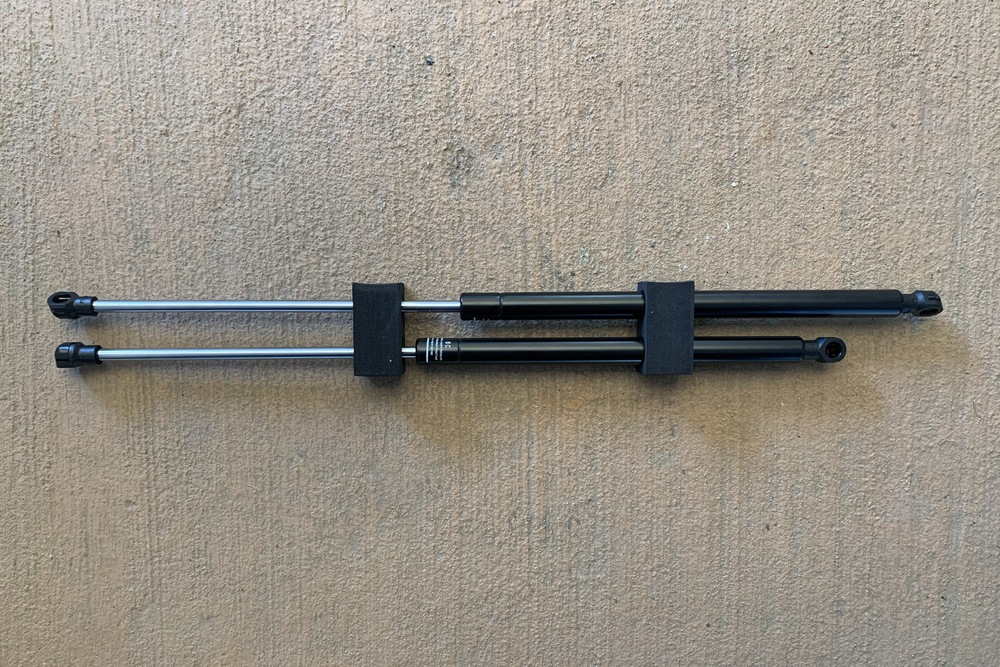 Finally, the struts themselves.

Note that one strut is longer and one is shorter. The shorter strut goes on the right side (driver), the longer on the left (passenger). 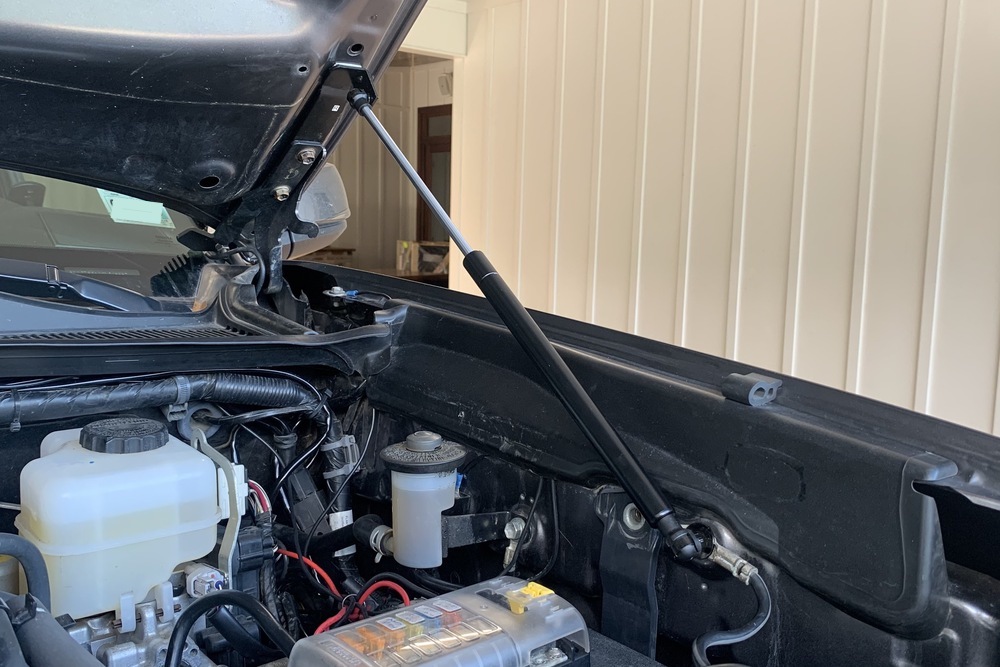 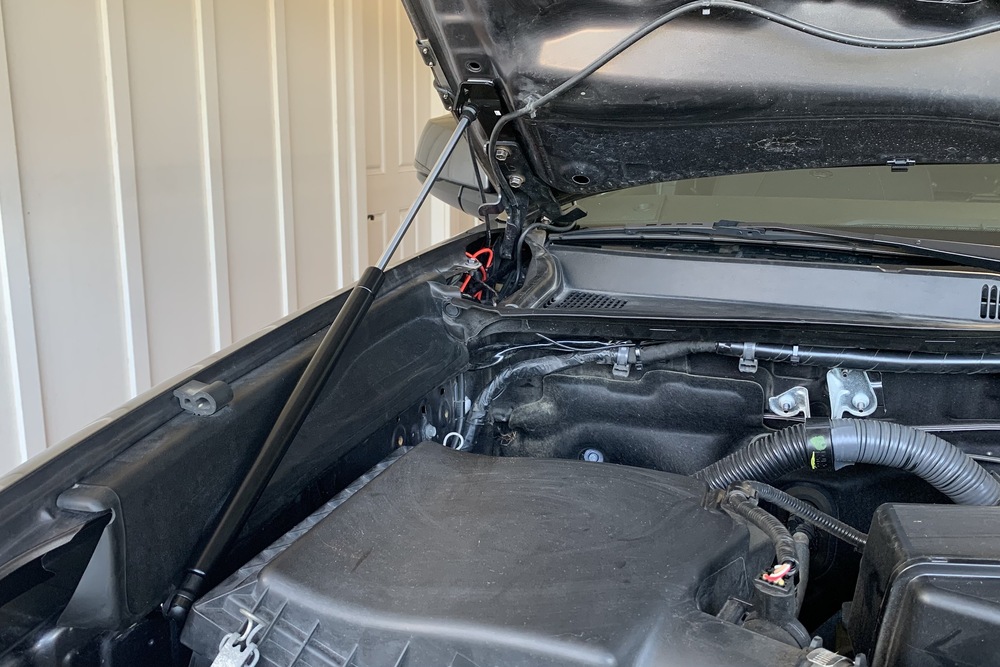 Accomplish the same step for the left side. At this point, you are finished. Now, test your hood struts to see if they work properly. Both should smoothly go down as you pull the hood. They should both smoothly push the hood upward, stopping at the same time.

You will find that the struts don’t immediately power the hood upward when you lift the hood latch. This is because there needs to be some play for the hood to close and remain closed without being under tension. Normal operations.

I’m extremely pleased with my Piston Hood Struts. They make opening the hood a breeze, and they even make shutting the hood much less dramatic on the way down.

This quick and easy mod saves you the worry of a wobbly rod holding a heavy slab of metal above your head. It’s also a little showy in front of your friends.

I'm an Air Force vet, husband, and father who loves to hike, bike, camp, and trail around in his Tacoma, from the bayous of Louisiana to the snowy peaks of the Rockies.

Will they work with my Injen cold air intake

Will removing the bolt on the ground cable cause a computer reset or have any other effects, or will the larger cable going to the frame still maintain the ground??

I believe that the larger cable from the battery terminal connects to the computer itself. The frame cable didn’t reset my computer.

Thanks. I didn’t think so, but wanted to be sure.