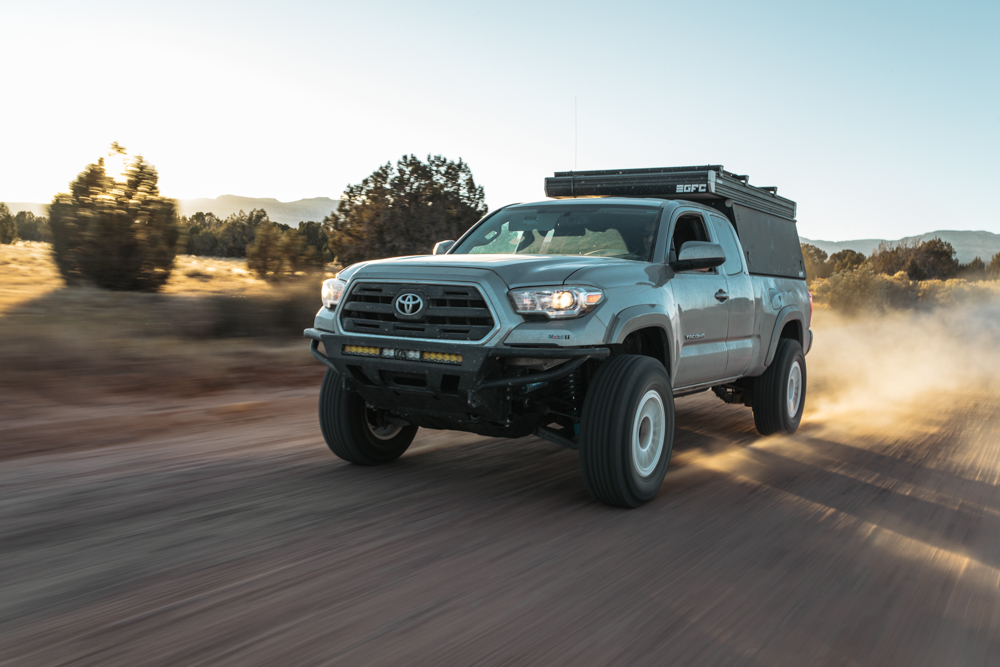 You’re probably familiar with GFC and their minimalist Platform Camper, which, since they launched in 2017, has taken the Tacoma world by storm.

Tipping the scales at around 300 pounds, it adds some incredible functionality to any truck – thanks to its side access panels; integrated, wedge-style pop-up rooftop tent; and pass-through access between the truck bed and tent – while allowing your truck to remain light enough to still huck. It really is light and lit.

The only thing that’s not fast about a GFC has been their lead times – which, due to popular demand, have often hovered around a year. That’s right, if you wanted a GFC in the past, you had to put down a deposit and wait a year!! I don’t know about you but waiting a year for anything kinda sucks – and GFC knew that.

Thanks to some incredible manufacturing systems, processes, and approaches that the company has innovated, GFC has achieved the unthinkable: two-month lead times.

Keep in mind, this is all at a time when the supply chain has pushed other companies’ products into year-long waits. 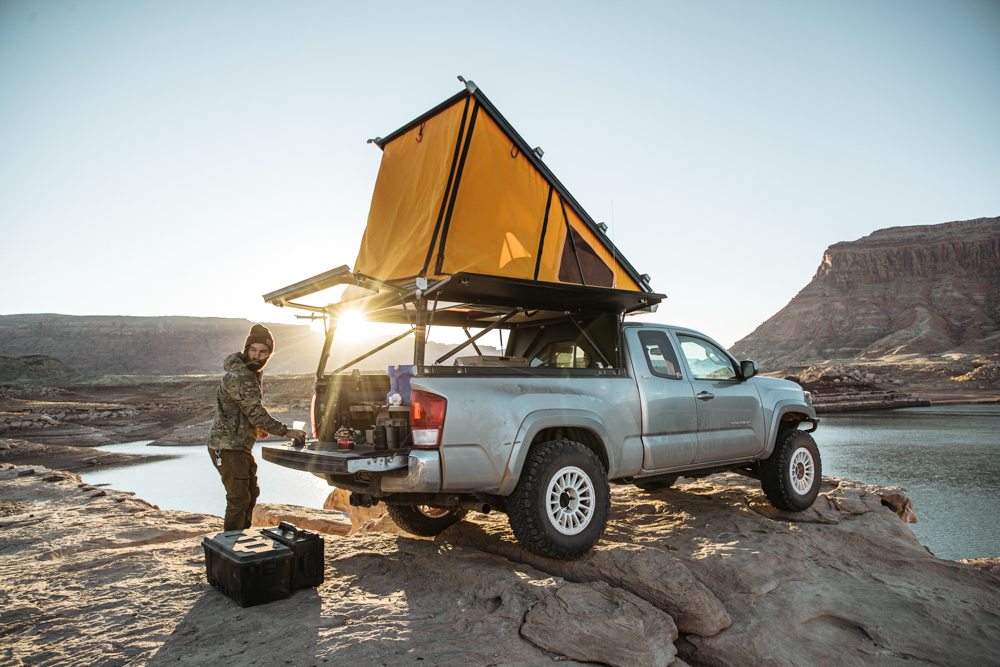 Konrad – Trail Tacoma (Spoiler): We spec’d out a camper from GFC and we’re totally freaking hyped!

When we were on the phone, we quickly caught up with their team to learn more about their multi-pronged approach to solving the problem of making campers faster. We wanted to share this with you guys and gals because this news is massive!

They have seriously changed the game on manufacturing campers for the Tacoma – all made right here in the USA. 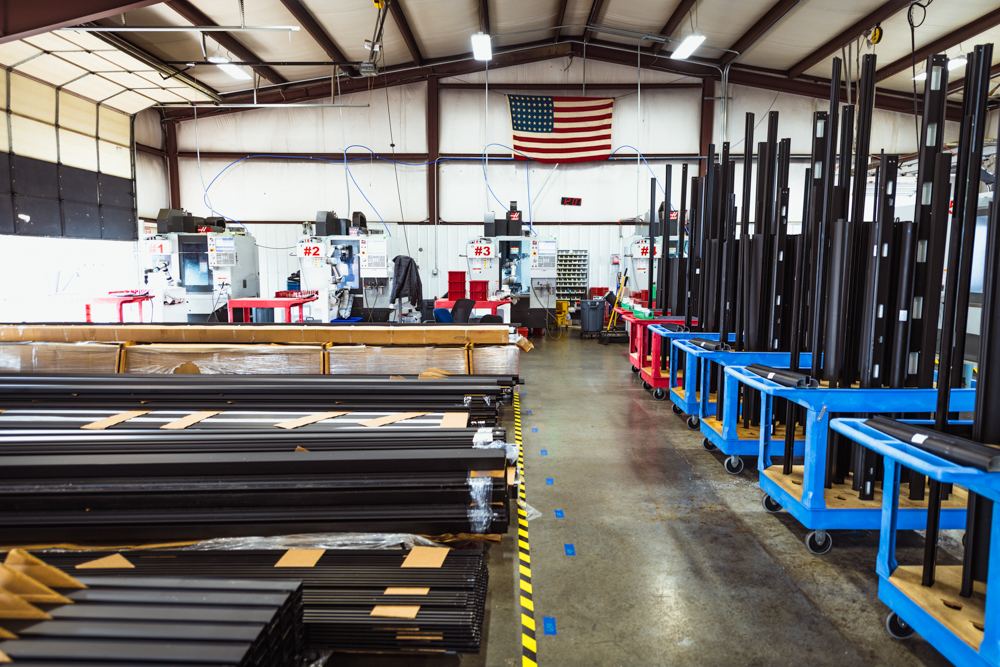 GFC: Actually, it’s been a process nearly four years in the making, pretty much since we started the company in 2017. Since our inception, we’ve been working on solving two big problems. 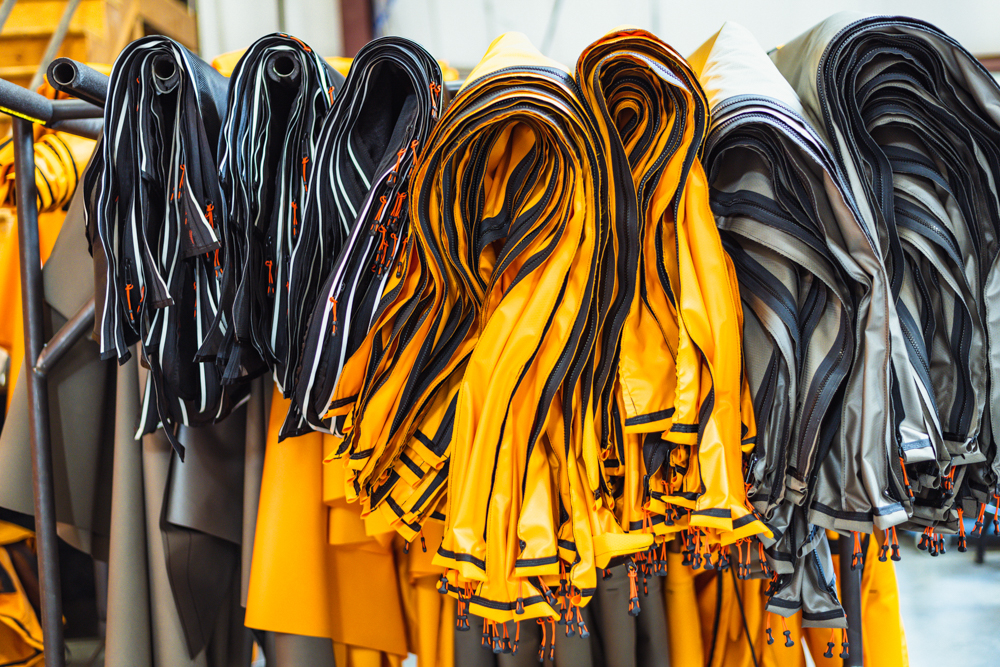 Quite a few people (who know a thing or two about manufacturing) recommended we outsource production, ramp up the volume, and rake in the cash as fast as we could. But that’s not our ethos or approach for doing things.

Instead, we moved slowly – methodically – to lay the foundation for something steadfast. Something sustainable. Something truly great, that we could learn from, start to finish. Our approach to this puts problem-solving at the core of our company and identity.

The reasoning is simple. When you outsource your problems, you forfeit the opportunity to be the creator of their solutions. That might work fine when sailing smoothly, but inevitably, as soon as rough seas come, you’ll be at the mercy of someone else to sort your problems out.

And let’s be honest. No one will ever care as much about your problems as you do. That’s why we want to own our problems so that we can own the process for solving them – and own the results. When we screw up, it hurts, but it motivates us to get to the bottom of it and make sure that it doesn’t happen again.

And when we succeed, all of us – employees, partners, and customers alike – get to revel in those rewards. 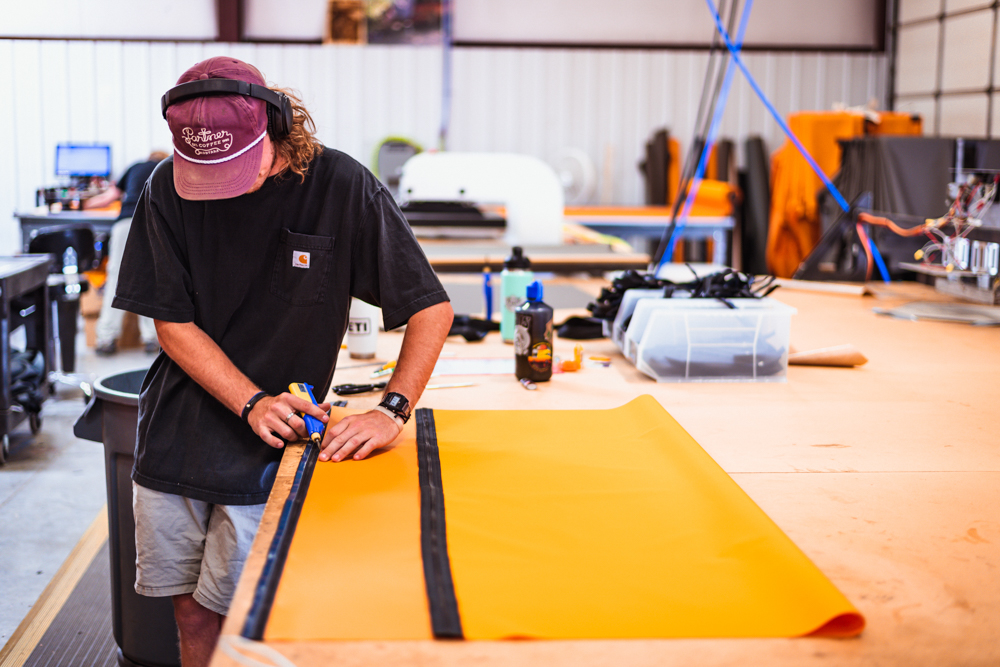 Konrad – Trail Tacoma: Let’s chat about obstacles on your journey. Exactly what problems came up?

GFC: Where to start?! There have been a lot of moving parts.

We learned a lot with the first iteration of our camper, but we quickly realized that in order to increase the volume, we’d need to move away from the tubular steel frame that we launched with, which required lots of time for welding and powder coating. Upgrading our design to utilize a space frame in the current iteration allowed for us to streamline our manufacturing and assembly processes – while simultaneously reducing the weight of the final product and ensuring that it was more serviceable.

We also moved into larger production facilities and increased our supply of raw materials to ensure that we’d have enough on hand to meet demand. This was especially important – and particularly difficult – in light of the pandemic. Instead of placing one bulk order from one supplier for one material, we’ve essentially had to find lots of different suppliers to source the same materials based on their availability. This has been a major headache, but accepting that as the new reality has allowed us to adapt.

Maintaining really great relationships with our vendors and suppliers has been critical, and we would not be able to be doing what we do without their support. 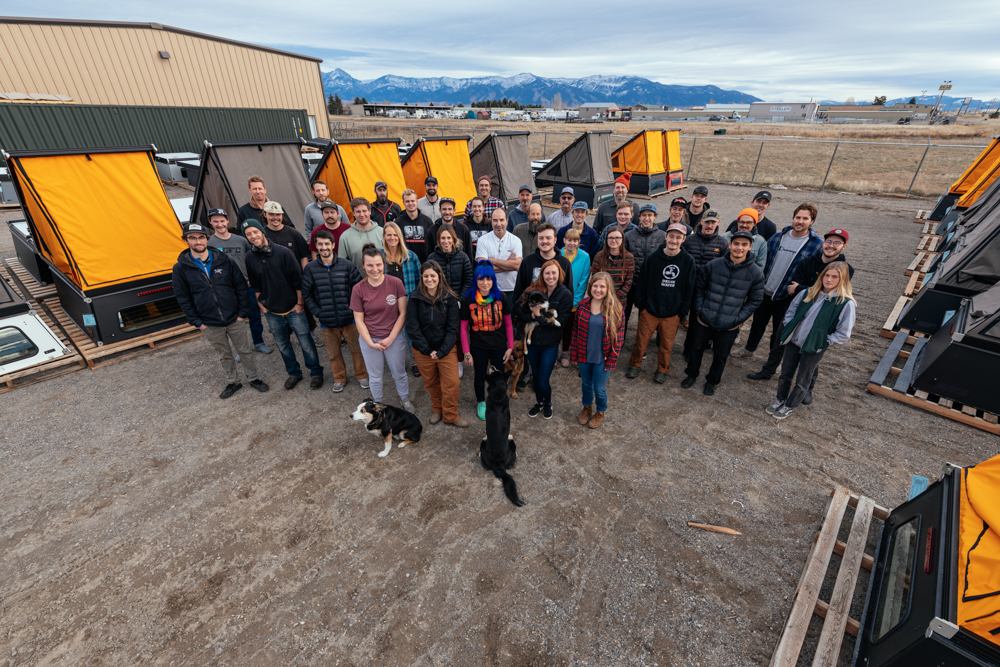 We empower them with the opportunity to solve problems, both as individuals and as members of small groups working on specific tasks—and compensate them with real living wages. While a lot of companies have been having trouble finding workers, we’ve had good luck finding great people; we think that’s because we create tangible opportunities and reward responsibility with meaningful compensation.

In this way, we’ve been able to get who we need when we need them and have a positive impact on our community by creating good jobs, which is as important now as it’s ever been.

“Finally, we invested in automation.” 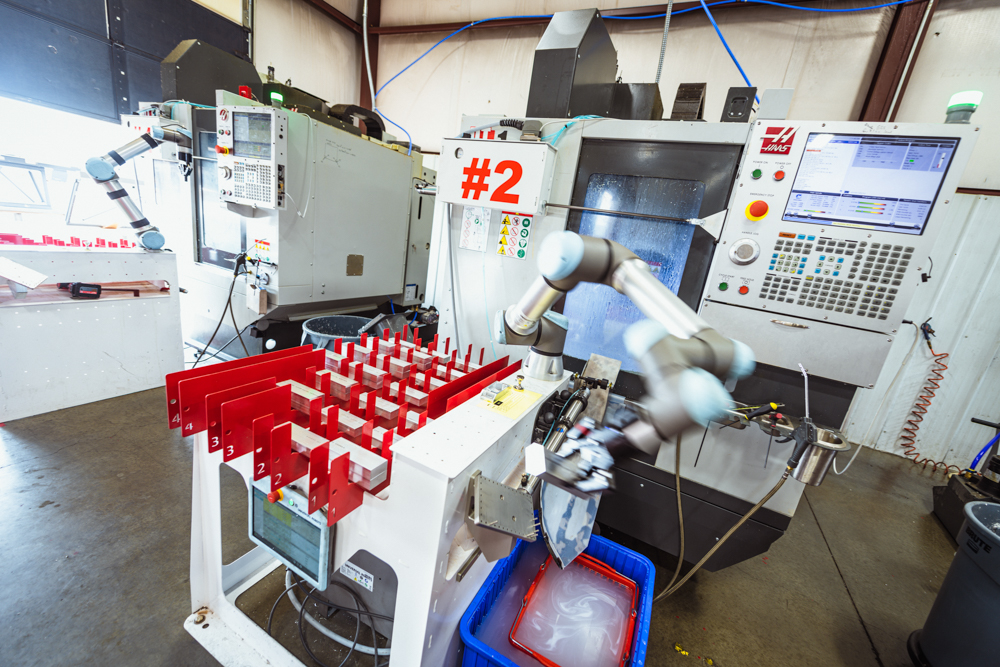 The kind that empowers production workers to rise above menial tasks; program; and problem-solve instead. The increased efficiency that we achieved by employing robots allows us to pay our people better.

It’s been quite the rodeo, but we’re proud of the work that we’ve done so far and we’re only going to continue to improve our products, manufacturing workflow, and customer service from here.

Konrad – Trail Tacoma: Wow! It sounds like you’re kinda c hanging the game, huh? And it sounds like a solid business where you all have been very busy – and understandably so through the pandemic. Thanks for sharing. 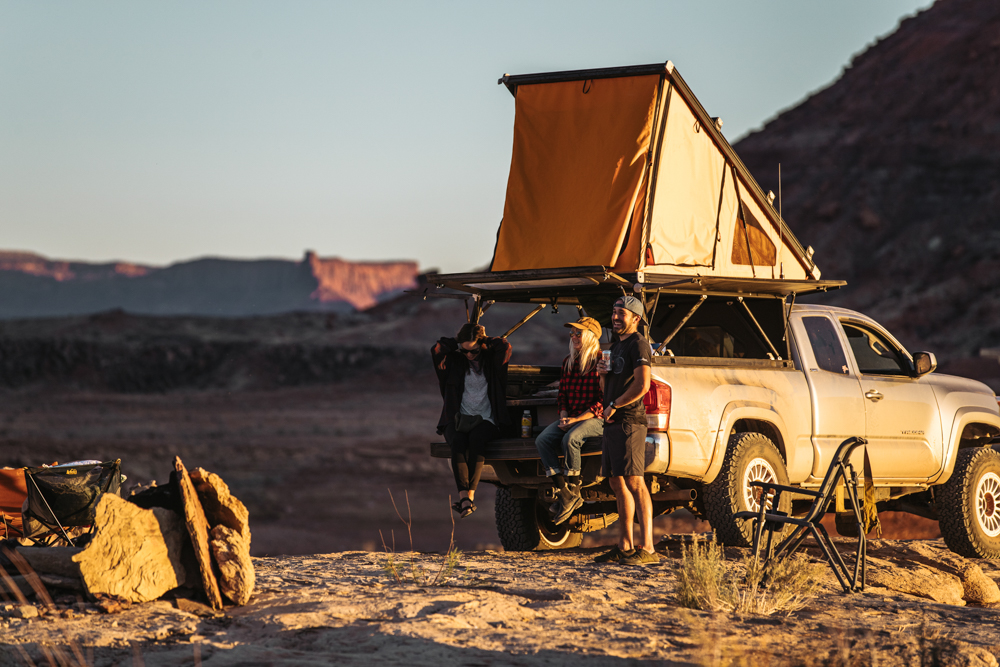 There you have it. Order a GFC today; they say you can get it in about two months. That’s not just fast – that’s incredibly fast! For a company that was out a year and is now down to a couple of months… astonishing.

So yeah, we’re super hyped to announce that we’re joining the GFC team!

Words can’t even describe how stoked I am to get a GFC on my personal truck. I’ve been following along with these guys from the very beginning – so this moment is extra sweet and we’ve got some rad plans for the campers, and a ton of coverage to come on GFC.

We’re pumped to get ours installed soon, and will be following up with a full-on, in-depth review of the Platform Camper. Stay posted. 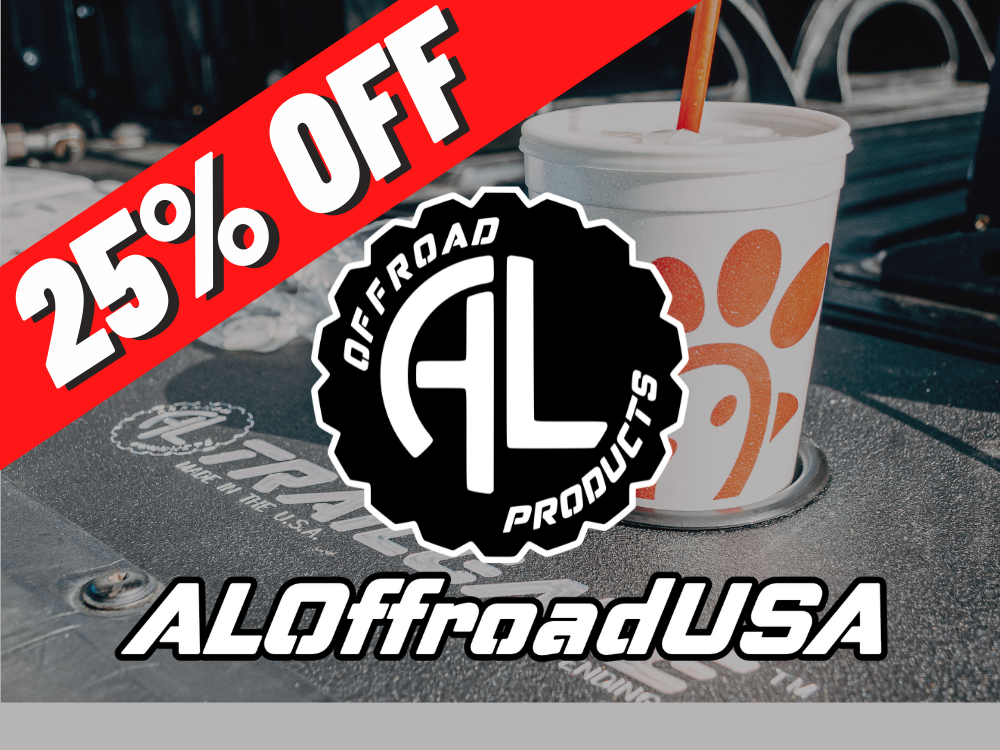