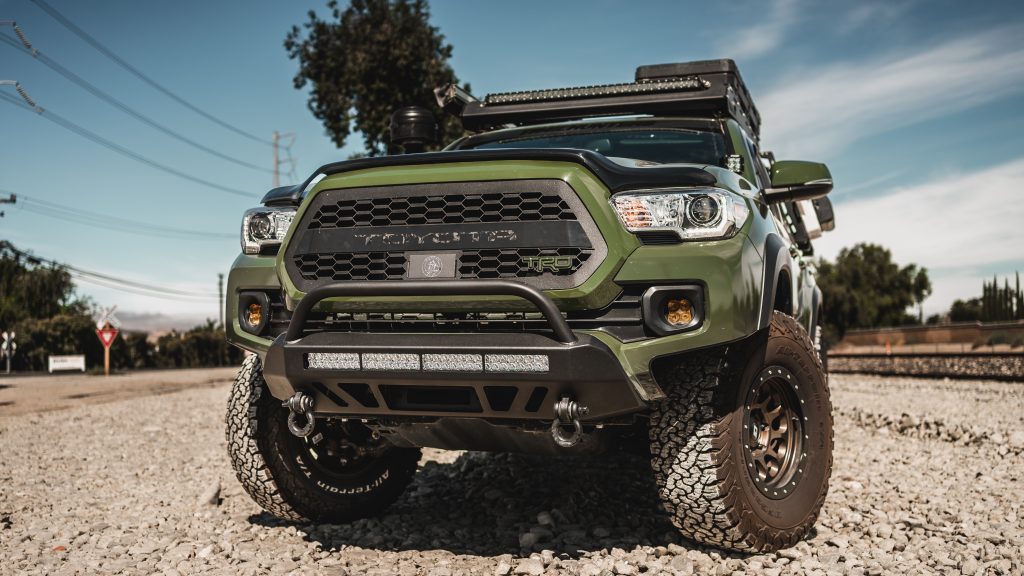 We overlanders spend a ton of our hard earn money investing in parts to improve the capabilities of our rigs. But how do we protect those investments?

The answer to that is body armor. With a vast market of armor parts available, Cali Raised LED, which has been making rock sliders and skid plates for quite some time, has finally entered the bumper market.

At the time of this write up, the Cali Raised LED Stealth bumper made its debut just a little over a week ago. We’ll dive into the bumper, give it an install and deliver a quick initial overview. 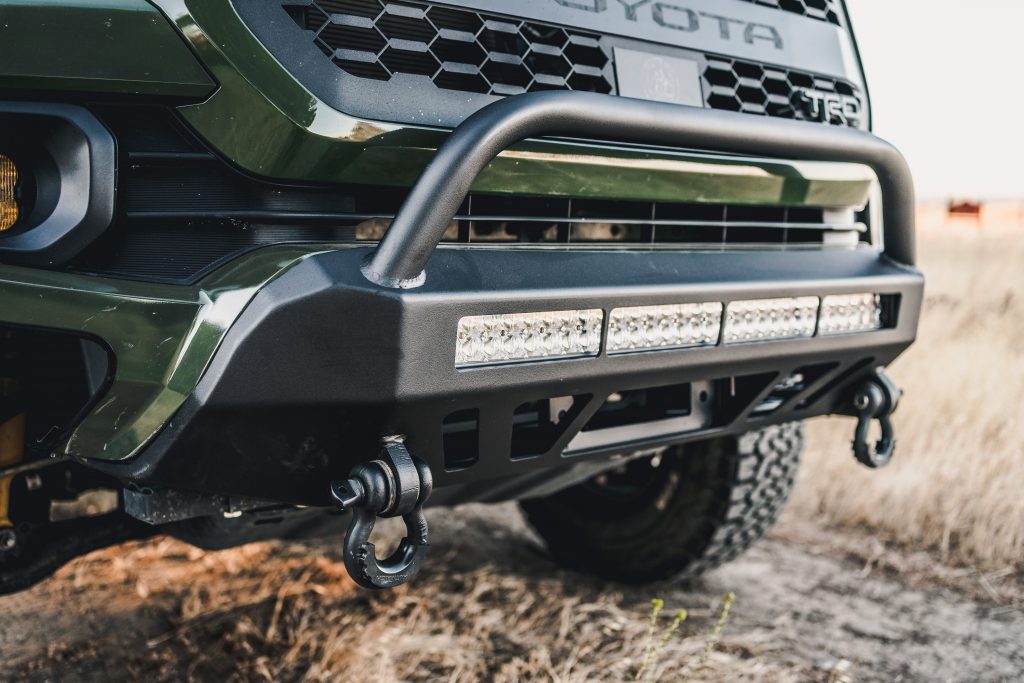 The Stealth Front Bumper is Cali Raised LED’s answer to the low-profile bumper market. Coming in at 77 lbs., it’s lighter than many competitors. This is achieved by optimizing the plant of materials, thicker where it needs to be and thinner where it’s not necessary.

You have the option of running two 32” light bars, one behind the bumper and one behind the grill of your rig. If you really want to light up the night, you definitely can.

This bumper also allows you to install up to a 12,000lb winch and also includes a relocation bracket for your winch controller. 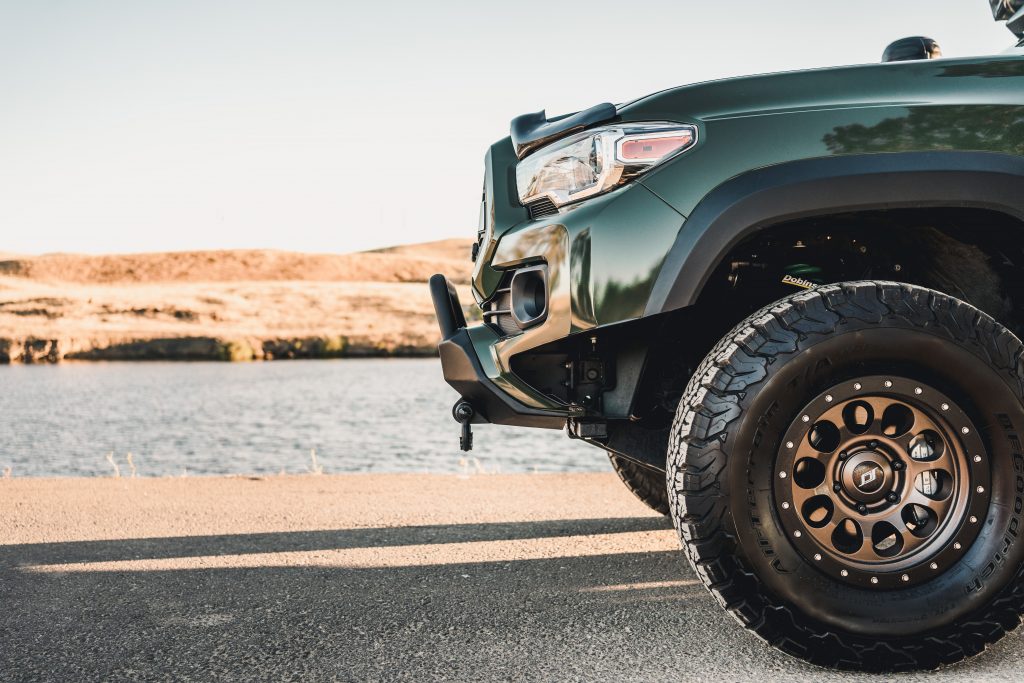 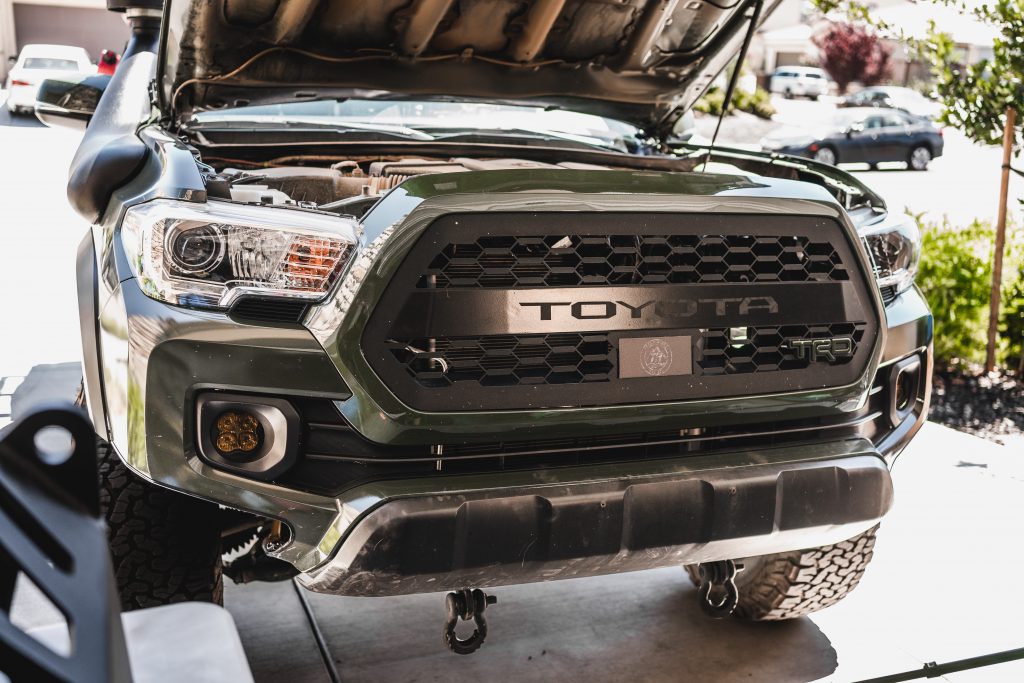 Begin by removing the grill assembly. There are two clips and two screws that hold the top portion to the rig. The bottom and sides are held in by tabs. 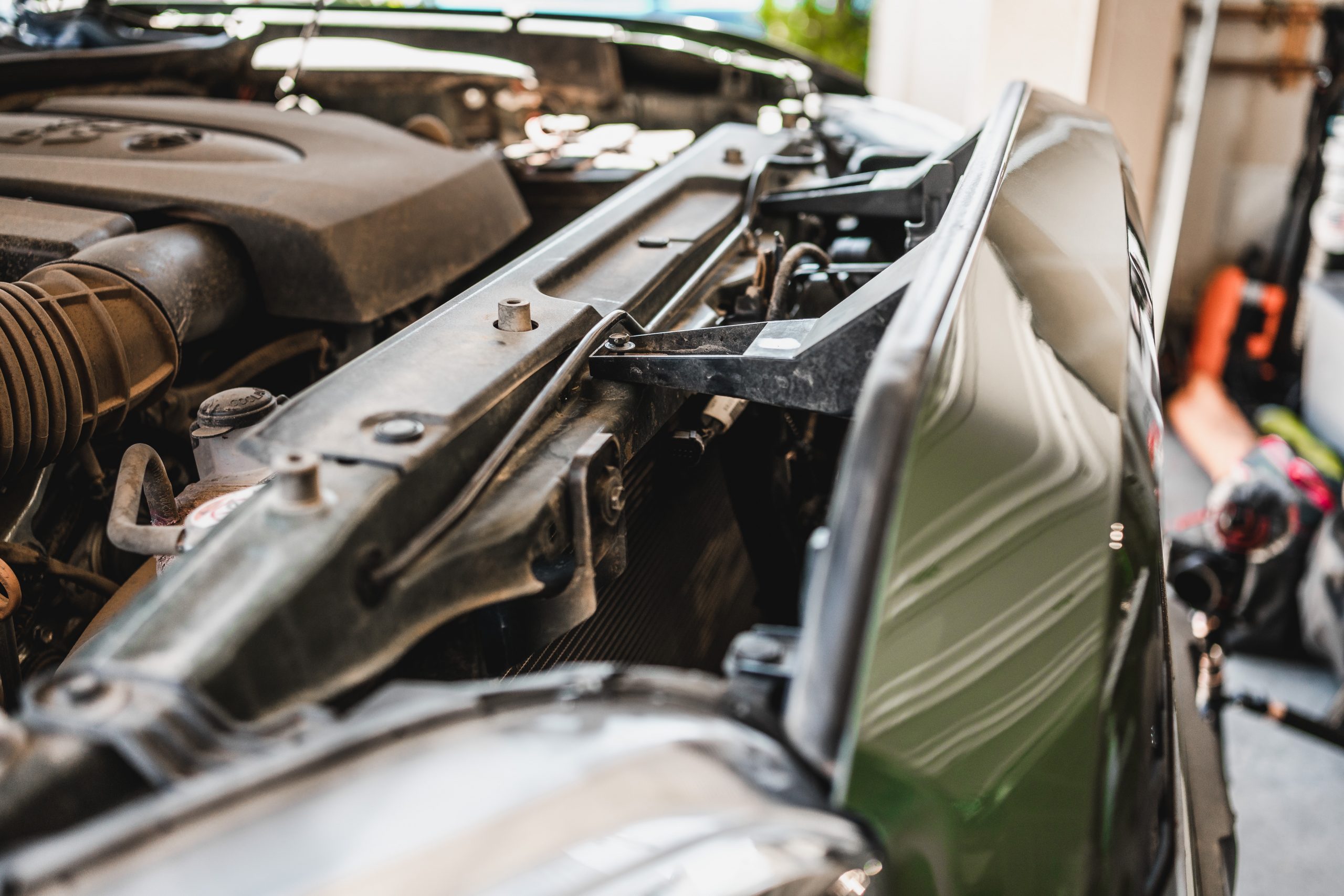 Once you remove those upper screws and tabs, give the grill a solid tug, and it should just pop out. 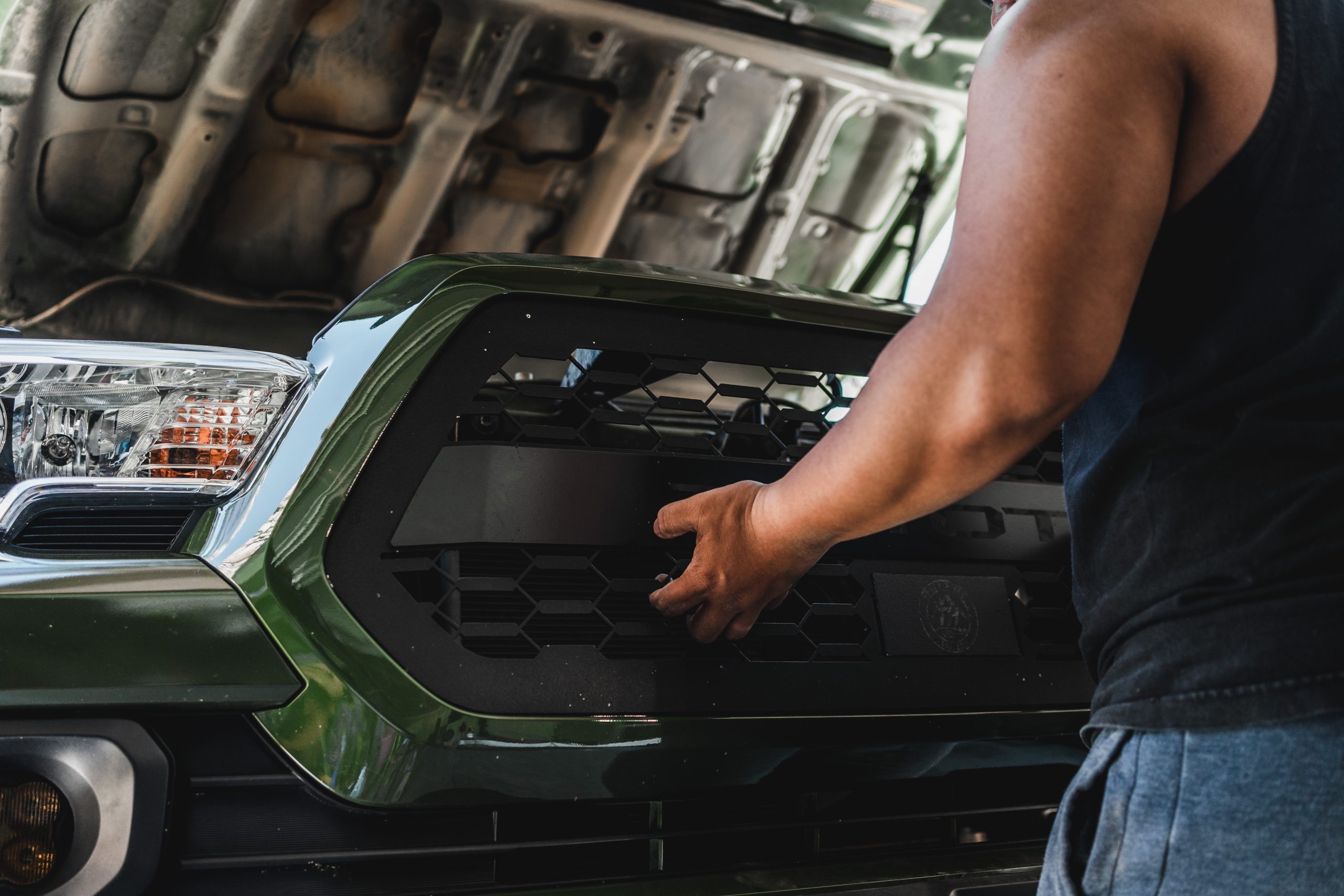 An even pull on the entire grille is all that is needed. 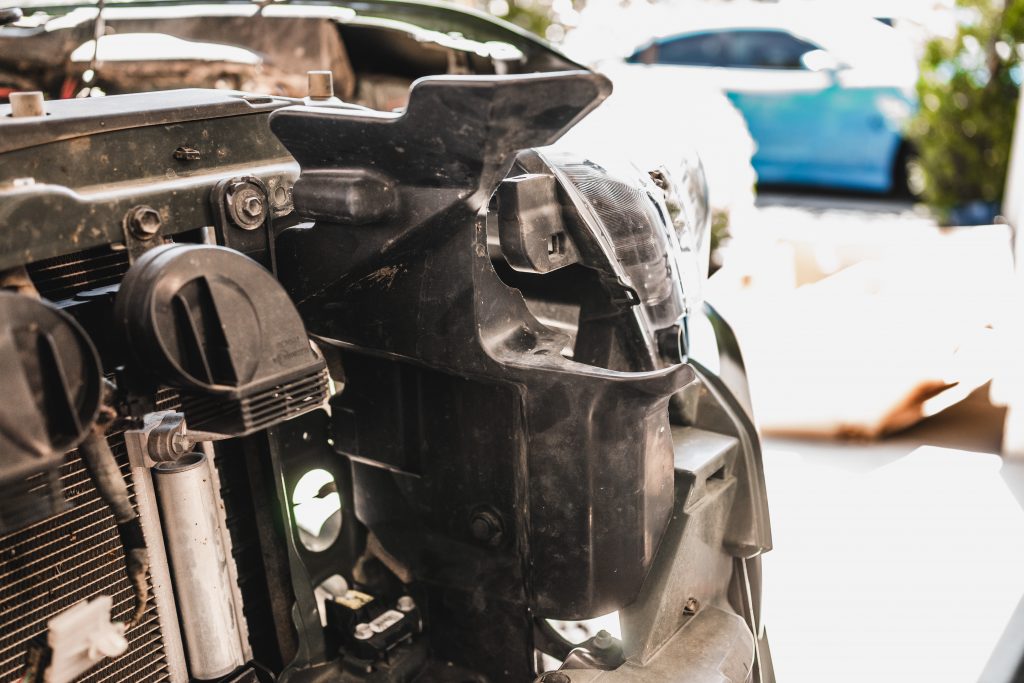 There’s one tab on each air dam. Pop the single tab out and twist the air dam to remove it. 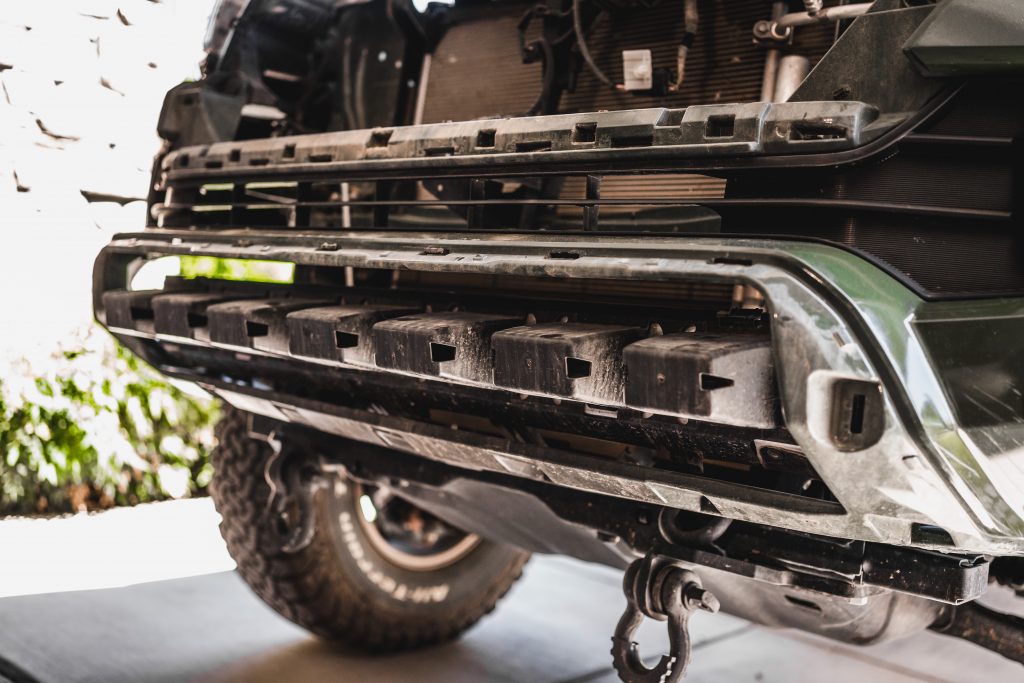 There are two blue tabs on both ends of the back of the trim. The easiest way for me to pop them out was to use a small flat head to push down on the tab. 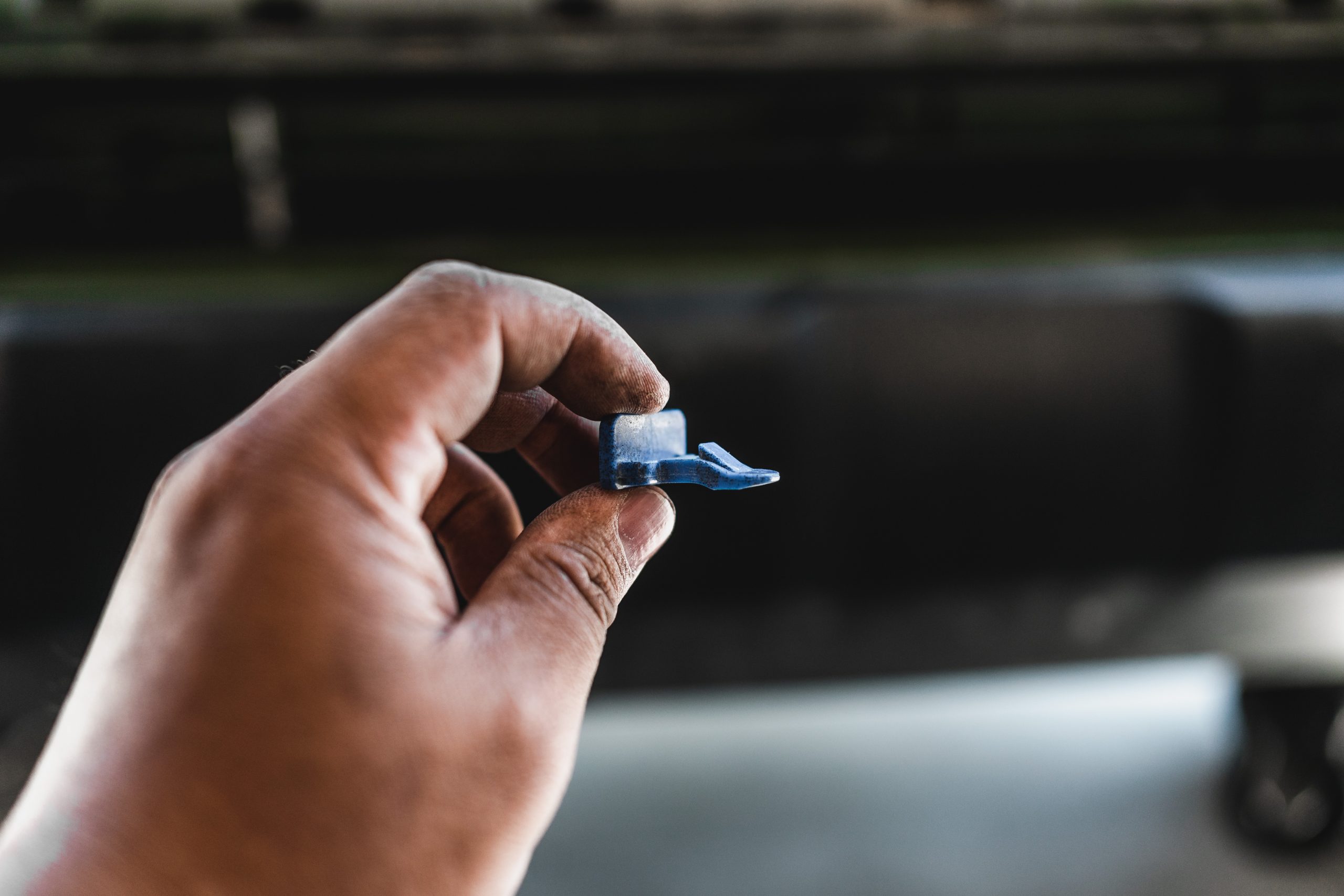 Once those two are removed, there’s a series of tabs around the back of the trim that need to be squeezed and popped out. 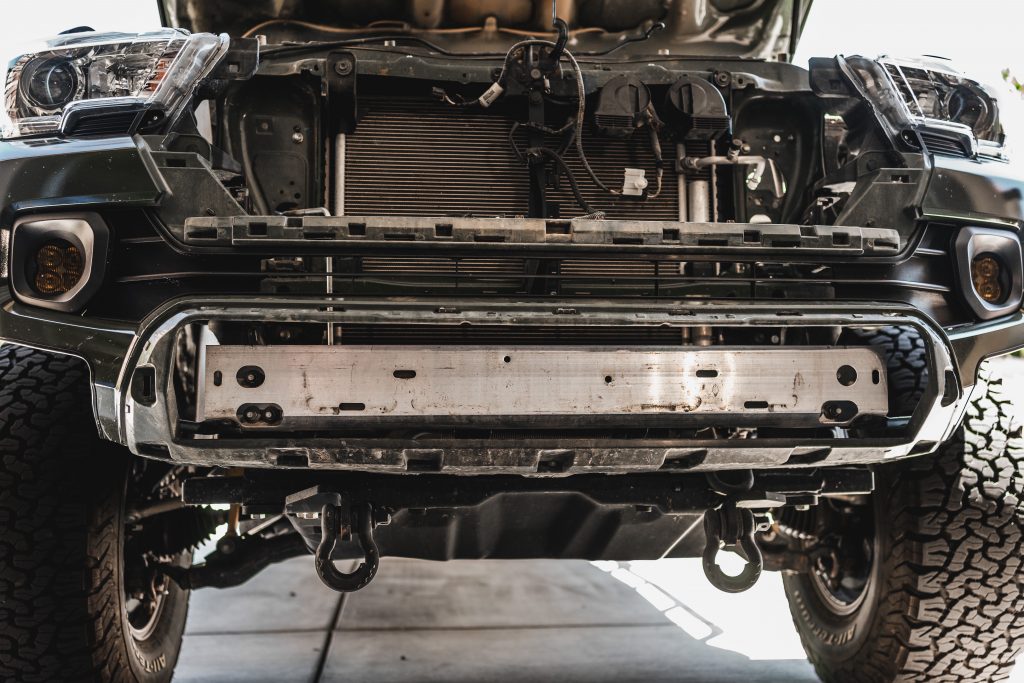 Removal is super easy. Follow the outside, squeeze and remove the tabs. 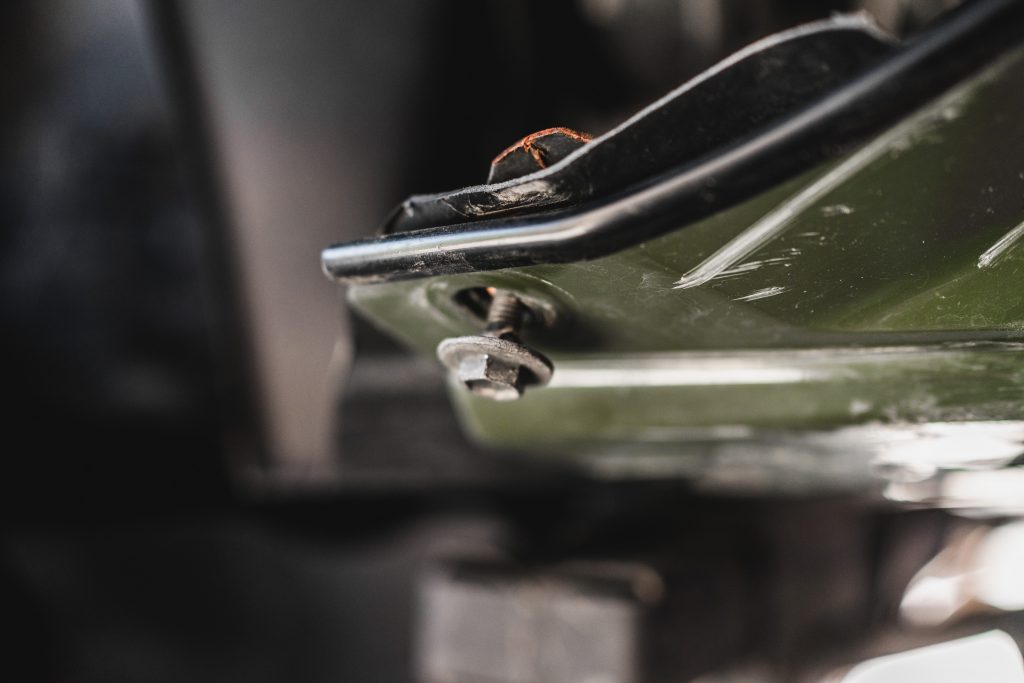 Below the truck, there are a few bolts that hold the bumper to the crash bar. Remove them. 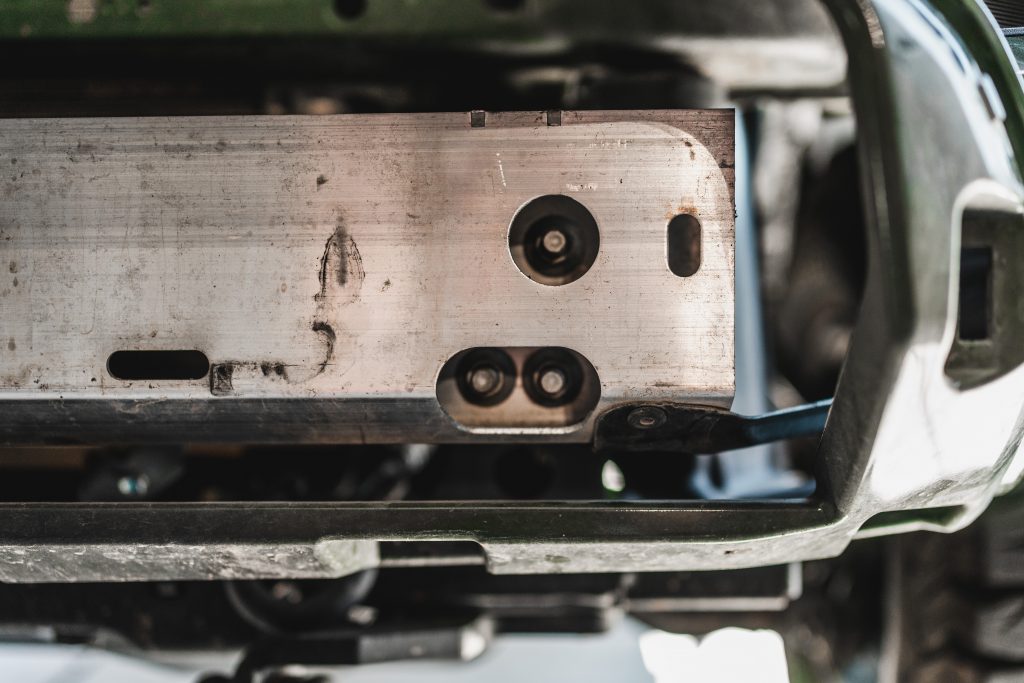 There are three nuts on the front of each end of the crash bar. Once you remove the nuts, carefully maneuver the bar and remove it. 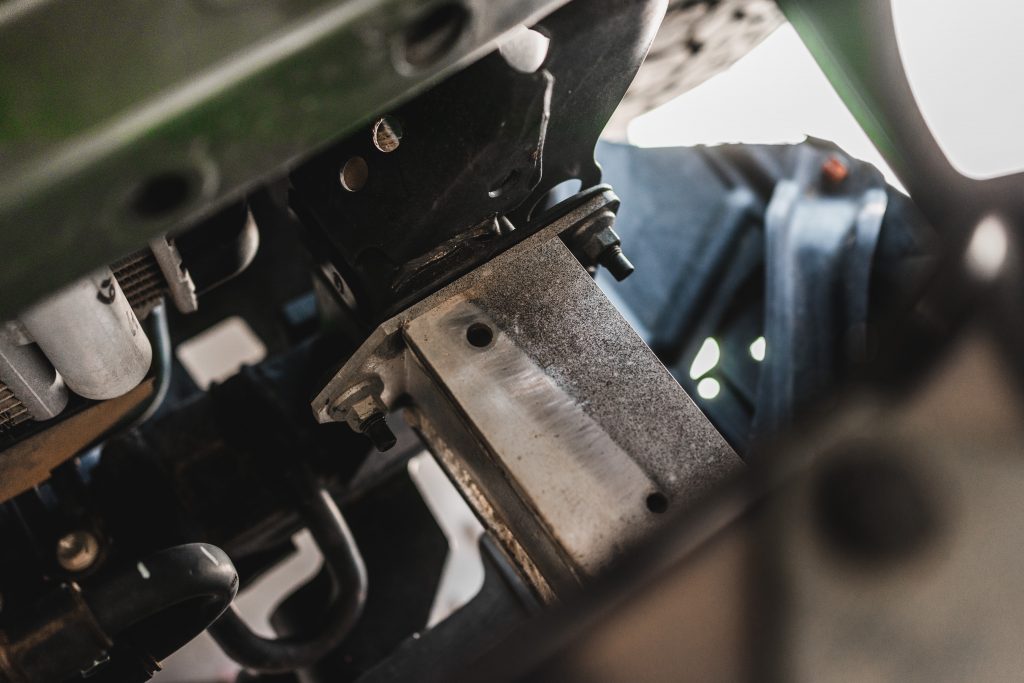 Remove the crash bar support that connects to the frame. You can potentially remove the entire crash bar and support all at once if you are careful. 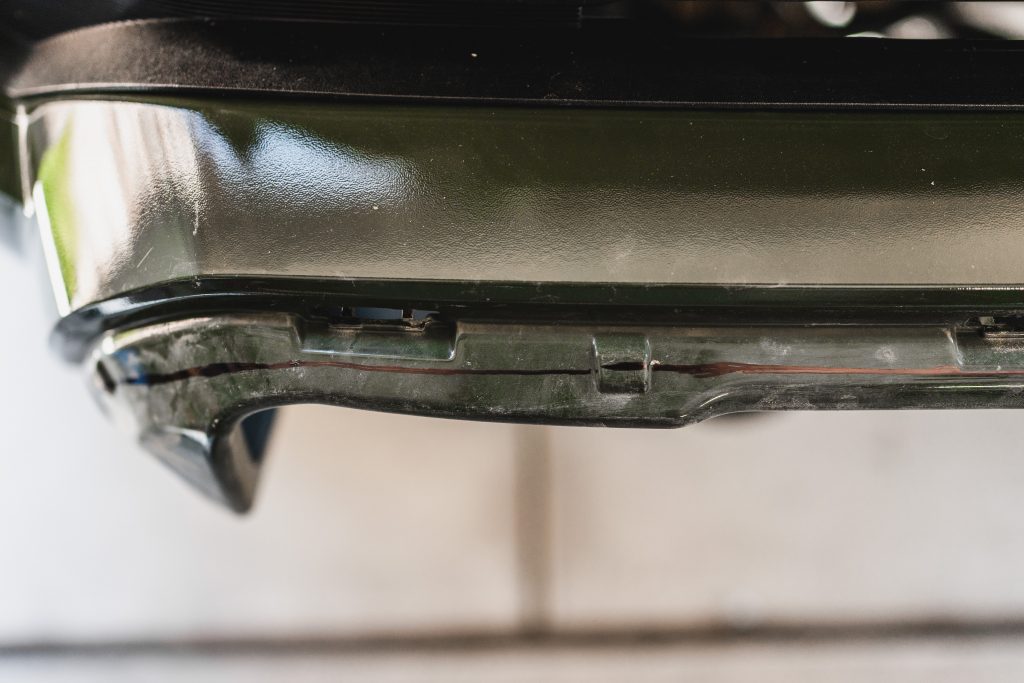 Mark out your cutting line where the old trim piece used to be. Leave about 1/2-3/4″ of the lip; you don’t need to cut the center portion of the bumper. Only start the cut near the second clip hole. The center doesn’t need to be cut. Using a cutting wheel, Dremel, sharp knife, etc. Trace the line and cut.

If you’re feeling a little uncomfortable about cutting, leave more of the lip, and when you test fit the bumper later, you can always cut more off. 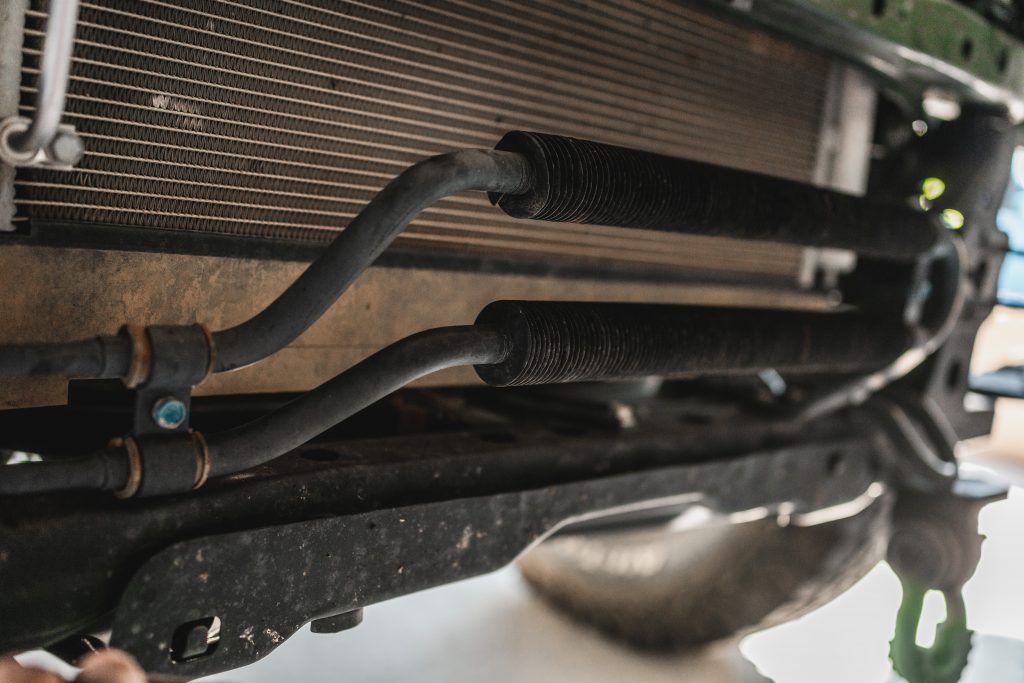 Remove the two bolts in the front and a third bolt behind the mud guard on the passenger side. 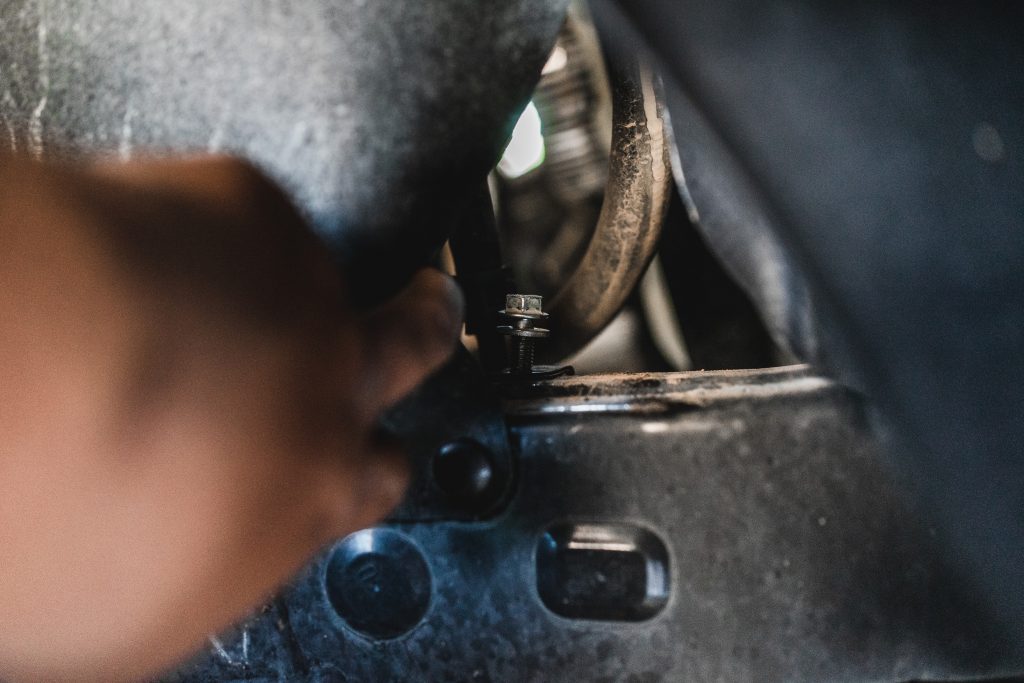 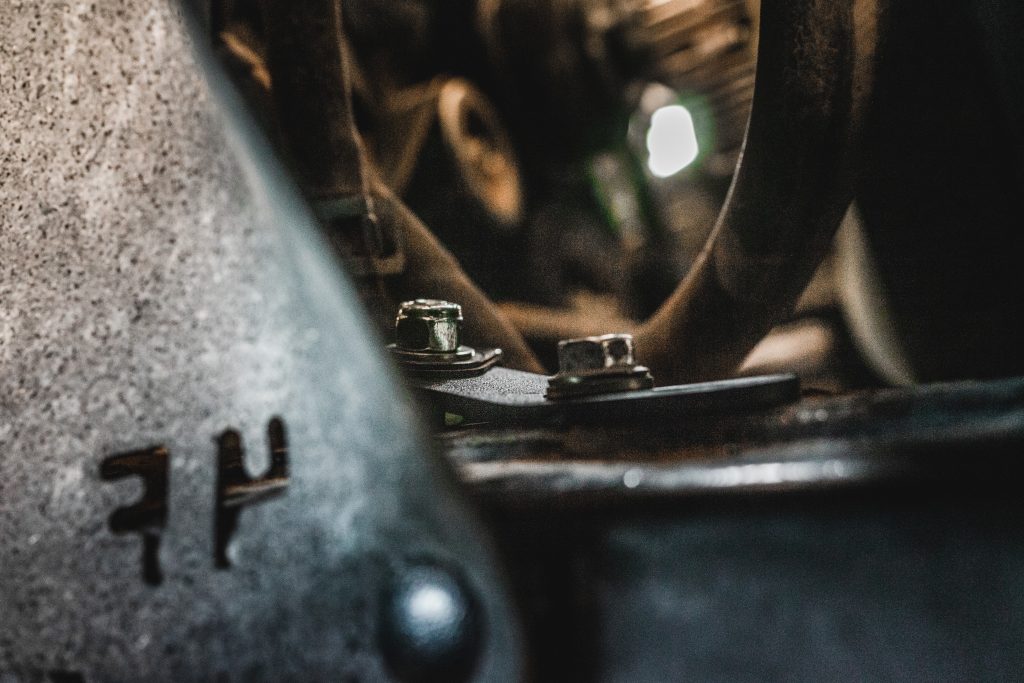 Later, when tightening down the bolt behind the mud guard, you’ll need to wrench it down until the bracket bends to shape. Shown above. 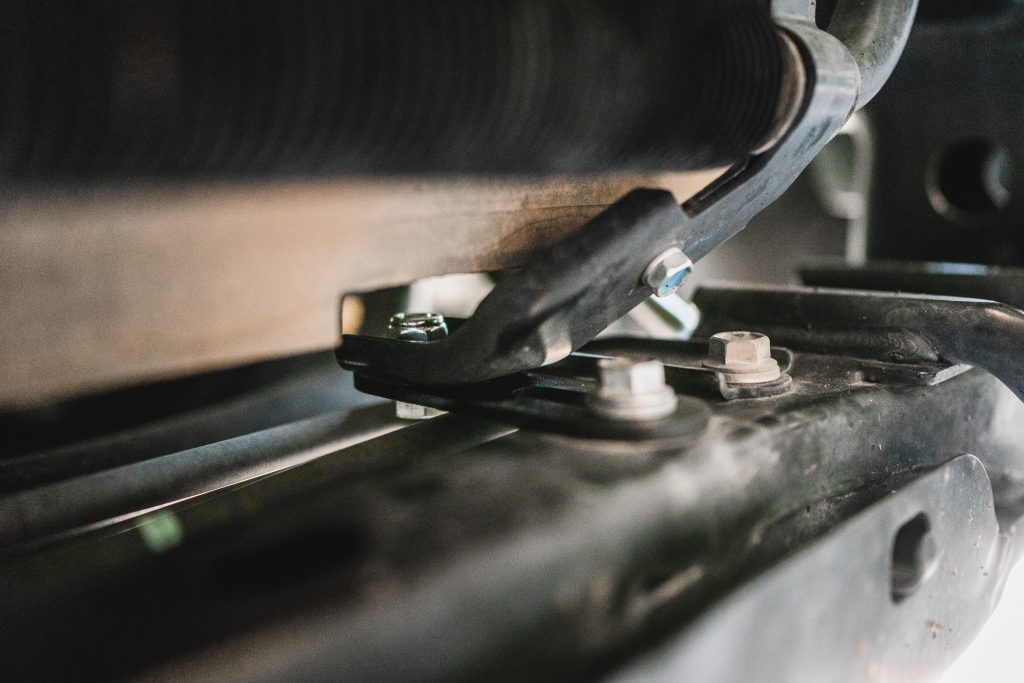 Add the relocation brackets to the front two mounting points. Push the power steering cooler as far back as possible without causing any issues. Tighten the two front bolts and then tighten the bolt behind the passenger mud guard. 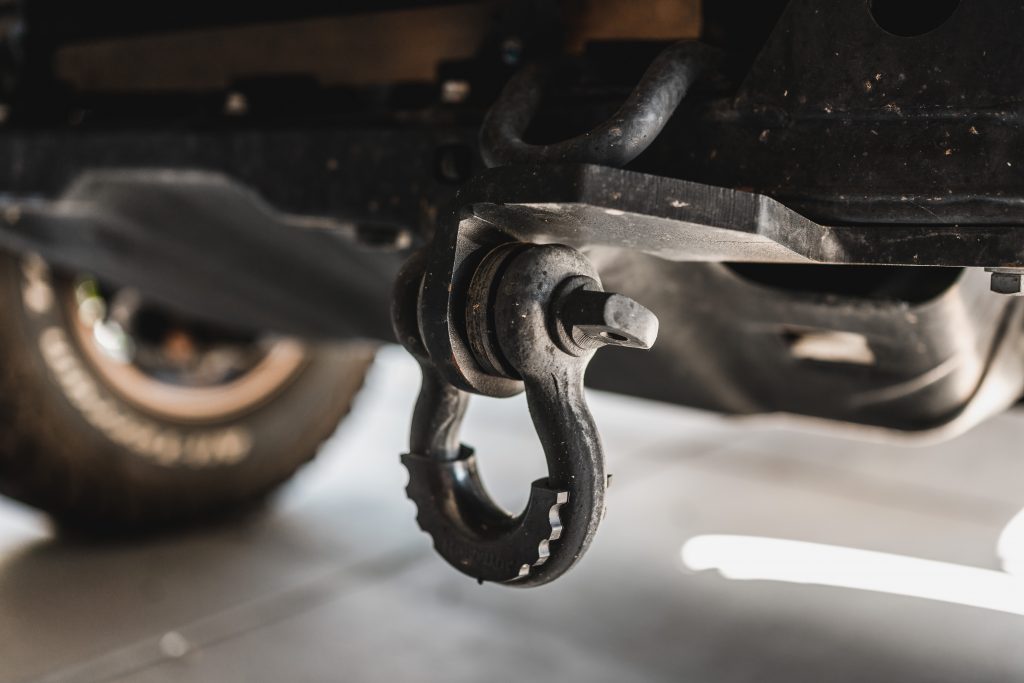 There should be three bolts under the passenger’s side and one under the driver’s side. 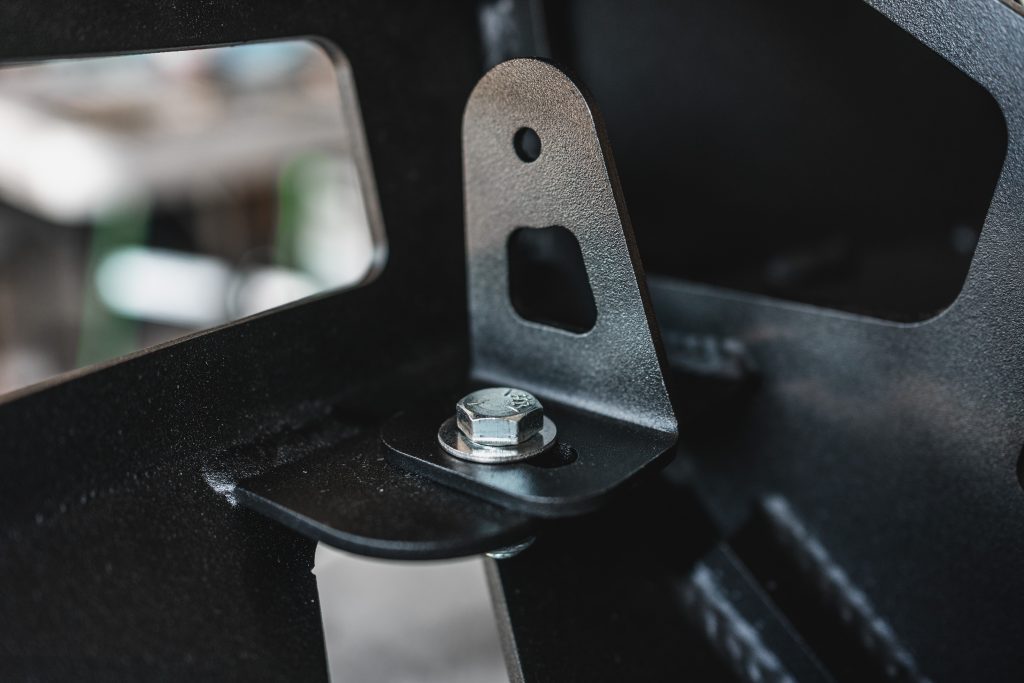 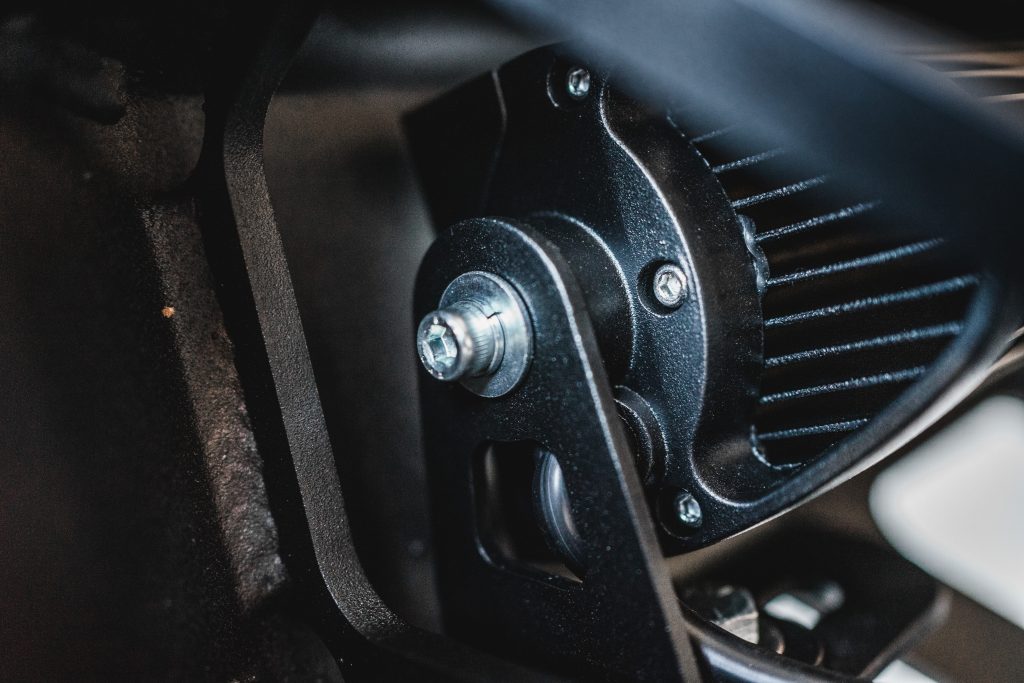 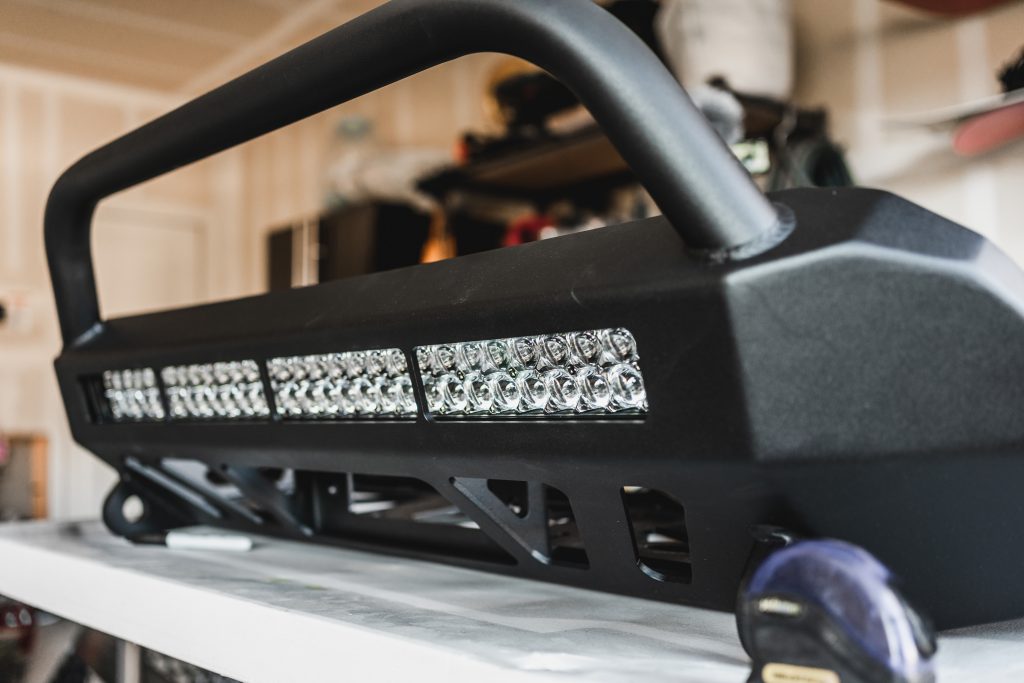 Adjust the light bar to the desired angle and tighten down all bolts. 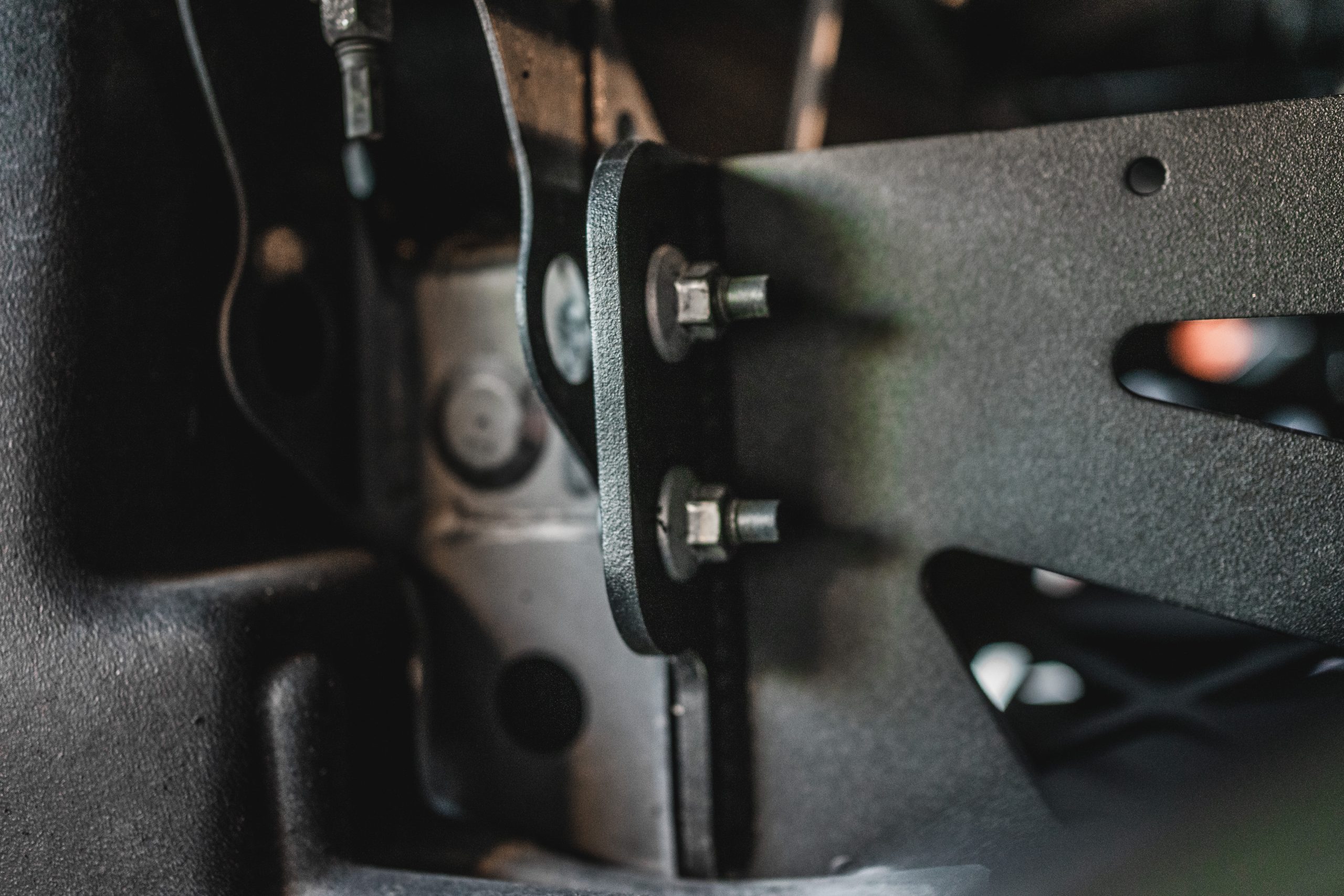 Push bumper into place and match it with the six studs. Place one or two nuts in to keep the bumper from falling down. 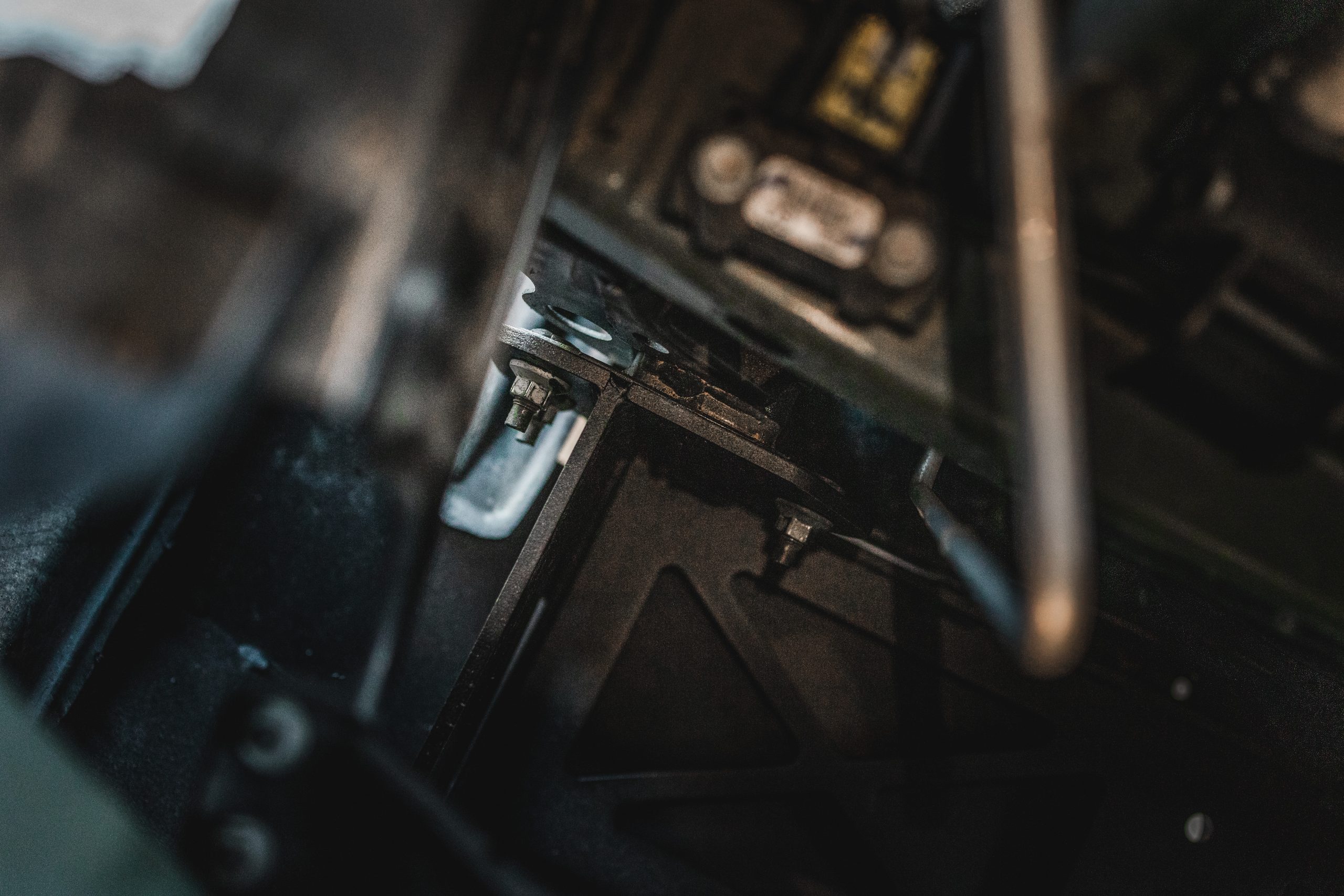 Above, you can see the bumper attached to the frame plates. Adjust the bumper to proper fitment, then tighten down the bolts and torque to 58 ft. lbs. Reinstall the air ducts, the grill assembly, and the TSS sensor, and you’re done! 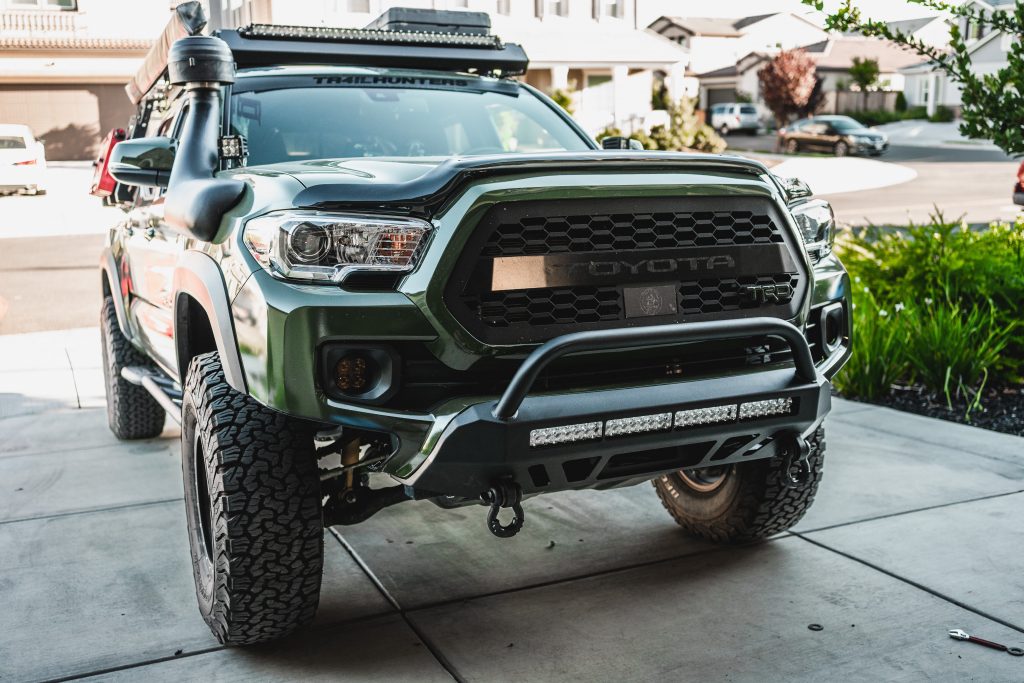 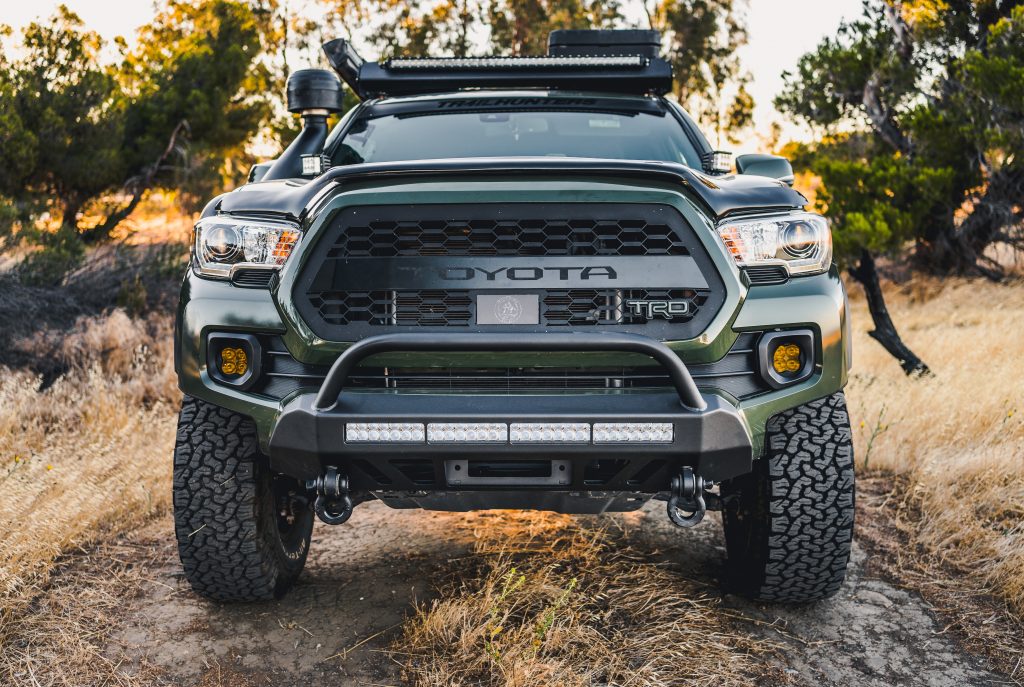 The install was very straightforward and super easy. The scariest part was definitely cutting the bumper, but unlike a few bumpers out there on the market, this bumper covers up the majority of the cutting line, so there is some room for error.

I’m looking forward to installing a winch and really getting to test it out! Check out @cali_raised_led on Instagram too. I appreciate you for taking the time out of your day to read this write-up! I’m getting the rig ready to go bang it against some rocks!

@jonrivera Thanks man looks top notch. I wish I had seen that before I brought my pro grill. The tss sensor garnish is that a custom logo or bpfs?

No worries, The garnish has a custom overlay from c_mento_taco_808 on insta.

The low profile look is so clean while still looking aggressive. Love those type of mods!

I love a full hybrid or plate bumper, but the low-profile look has definitely grown on me big time over the years. Can’t beat the weight savings either – only 77lbs… come on!

I absolutely love this bumper, I’ve been looking for a low profile with a welded bar attached. This is killer.

That’s a slick looking bumper! I love it paired with that army green color!