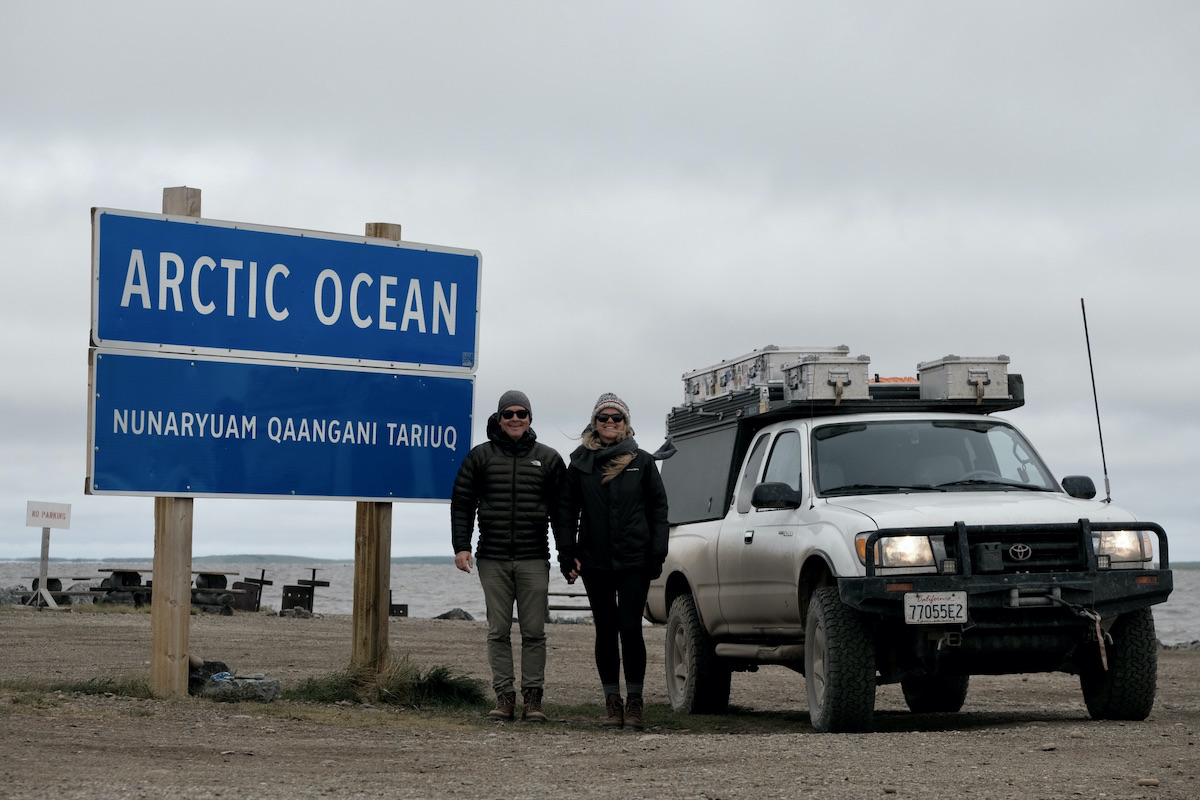 The Dempster Highway in Arctic Canada is one of the most remote corners of our planet and is the only road in Canada that will take you directly to the Arctic Ocean – so if you’ve been meaning to dip your toes into the coldest ocean on the planet, the many miles of a shaky gravel road will be well worth it. With very little cellphone coverage or wifi, it’s one of few places left on Earth where disconnecting from the outside world is still possible. 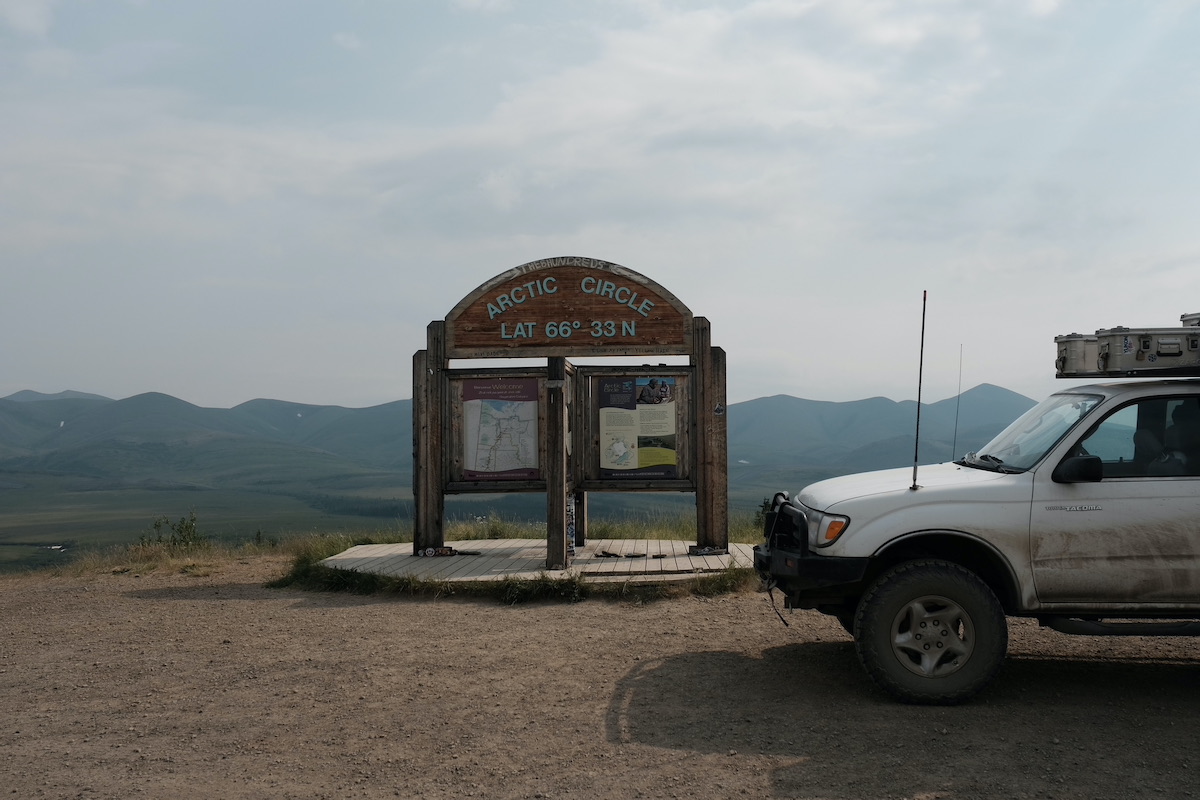 You will traverse a heady, intoxicating diversity of scenery and weather conditions, all over a 1,000 mile roundtrip drive – all of it gravel. Because we did the drive in early July, we had the opportunity to witness the magic of the Midnight Sun. Once we crossed the Arctic Circle, the sun never set and hovered above the horizon even at 2 am. Tip from the locals: bring an eye cover mask – otherwise it can be challenging to fall asleep when your body thinks it’s still daytime. 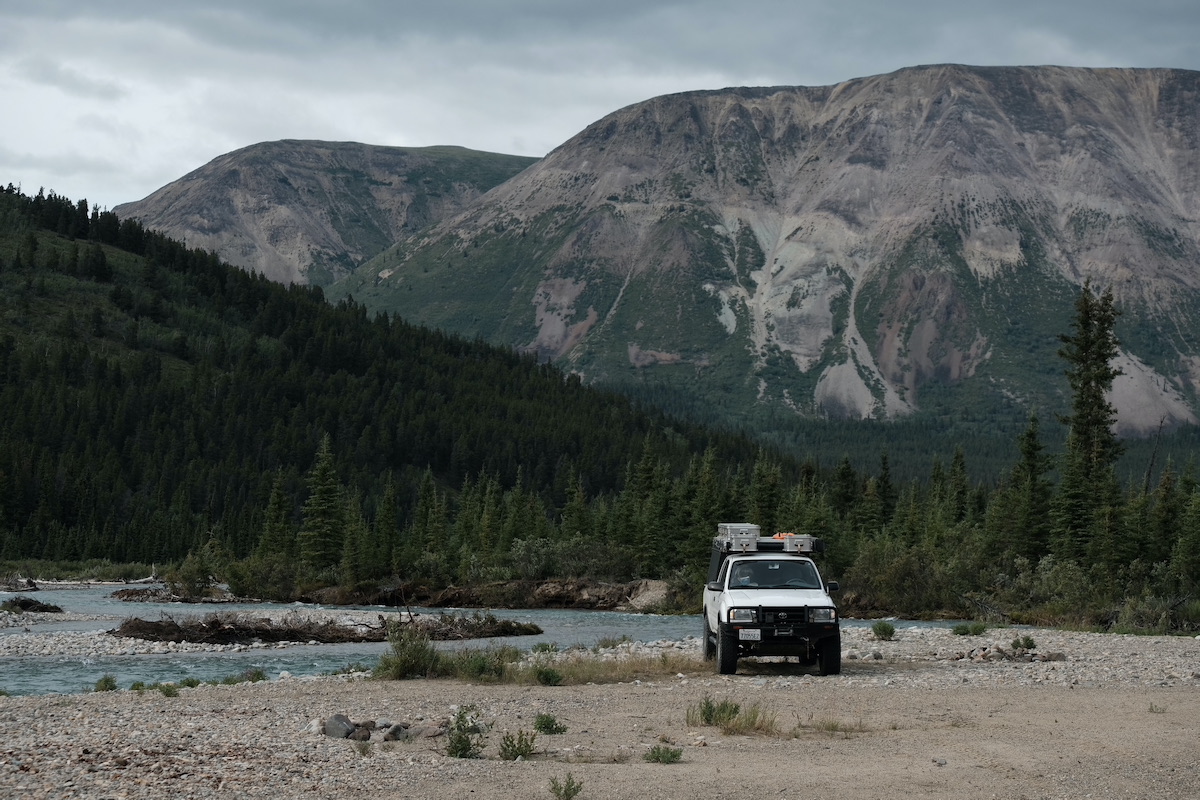 Highway is an overly glamorous term for this lonely, jaw-drilling road that will take you from Dawson City, where the Klondike Gold Rush began, all the way to an Inuvialuit Hamlet of Tuktoyaktuk on the Arctic Ocean – as far as the road goes. The drive starts with the jagged peaks of Tombstone Territorial Park and goes through beautiful tundra, all the way to the end of the tree line. 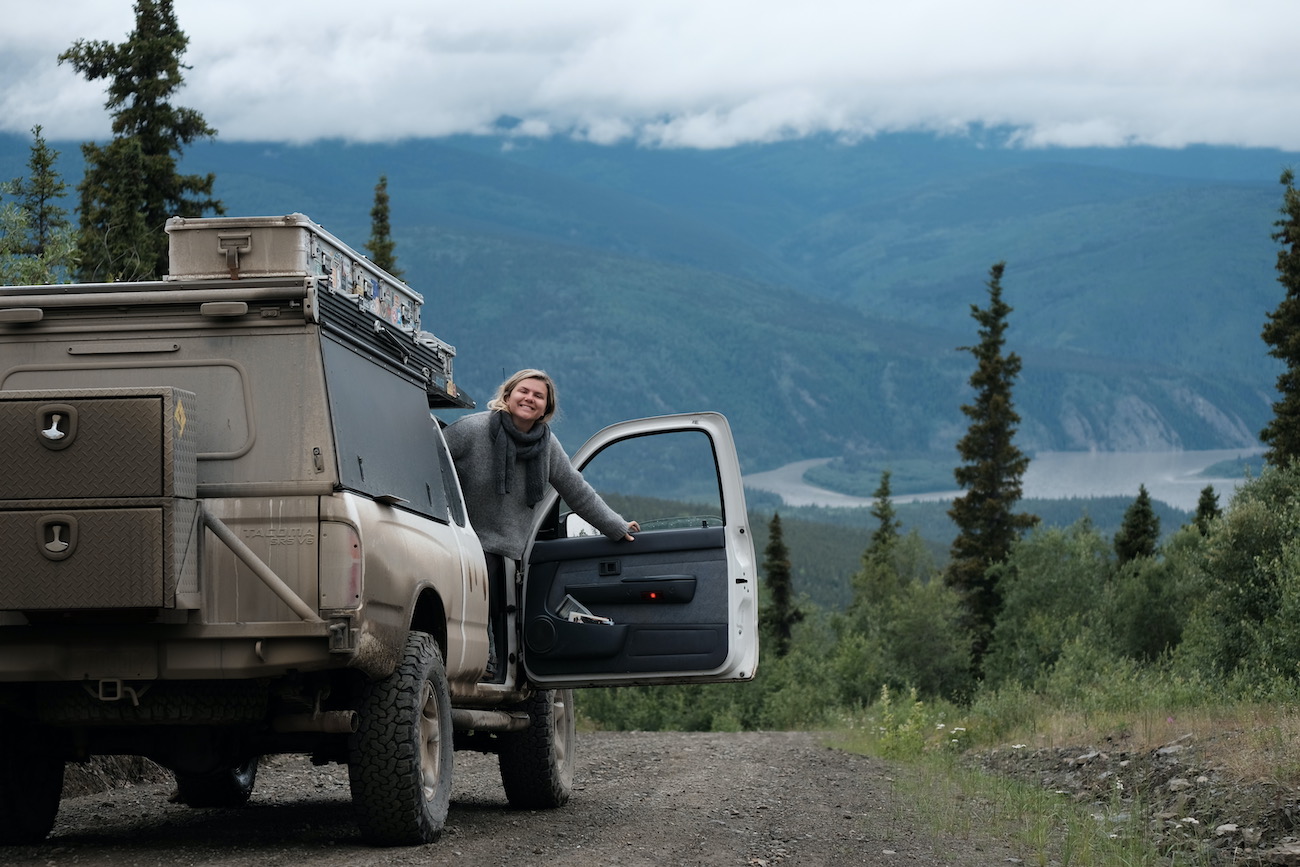 Watching the trees gradually disappear as you drive further north is a tell-tale sign that you’re getting close to the Arctic Ocean – at such high latitudes, it is simply too cold all year round to sustain trees. The Northern landscape is so pristine and primal, that at times you might feel like the only person in the world.

How To Get To The Dempster Highway 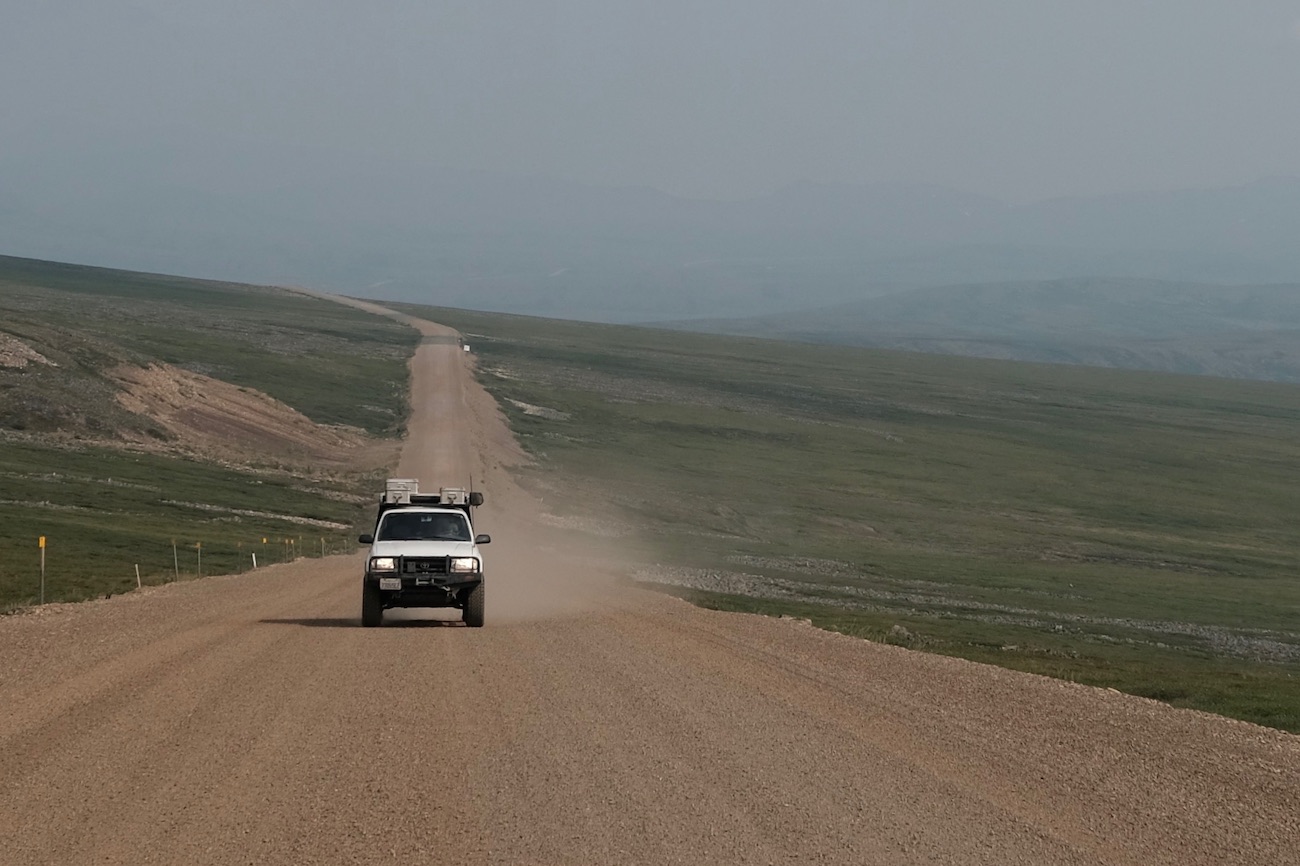 We drove the Dempster Highway in July 2022 in our trusty, fully-equipped 1st Gen Toyota Tacoma. Our journey started in Vancouver, Canada – we drove the Great Northern Scenic route (aka Stewart-Cassiar Highway) all the way to Whitehorse, Yukon. Whitehorse is a great starting point for your Arctic adventure, as it’s a big enough town with plenty of restaurants, museums, grocery and hardware stores. From Whitehorse we drove to Dawson City. From there, it’s a 892 km (554 miles) drive to the Arctic Ocean. 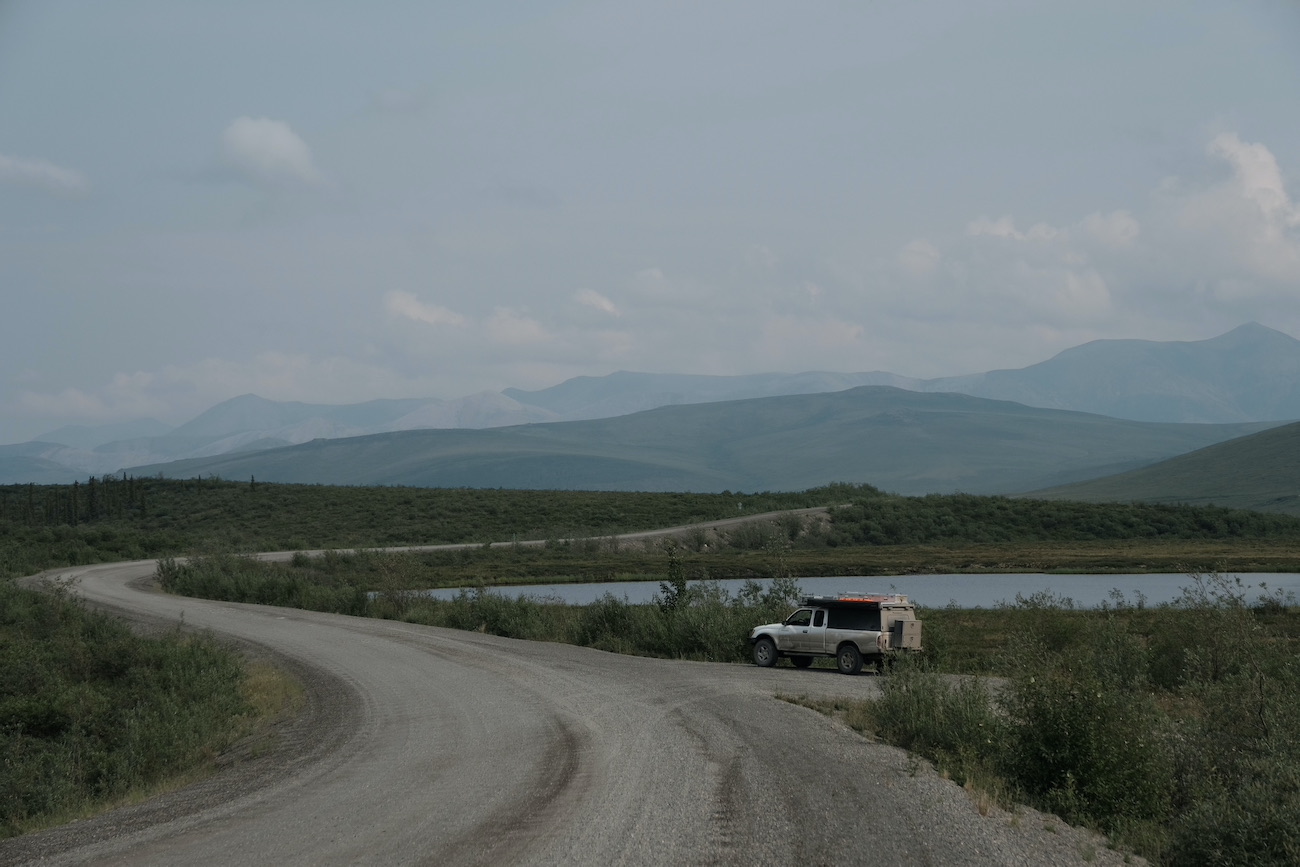 It’s important to remember that The Dempster Highway an incredibly remote road with little to no cellphone service and hardly anyone has a satellite phone. Having your satellite messenger on hand is a great idea and we used ours often. We typically have an appointed communicator back home who has access to internet and can help you get information when you message them in times of need.

What Do You Need To Know To Prepare? 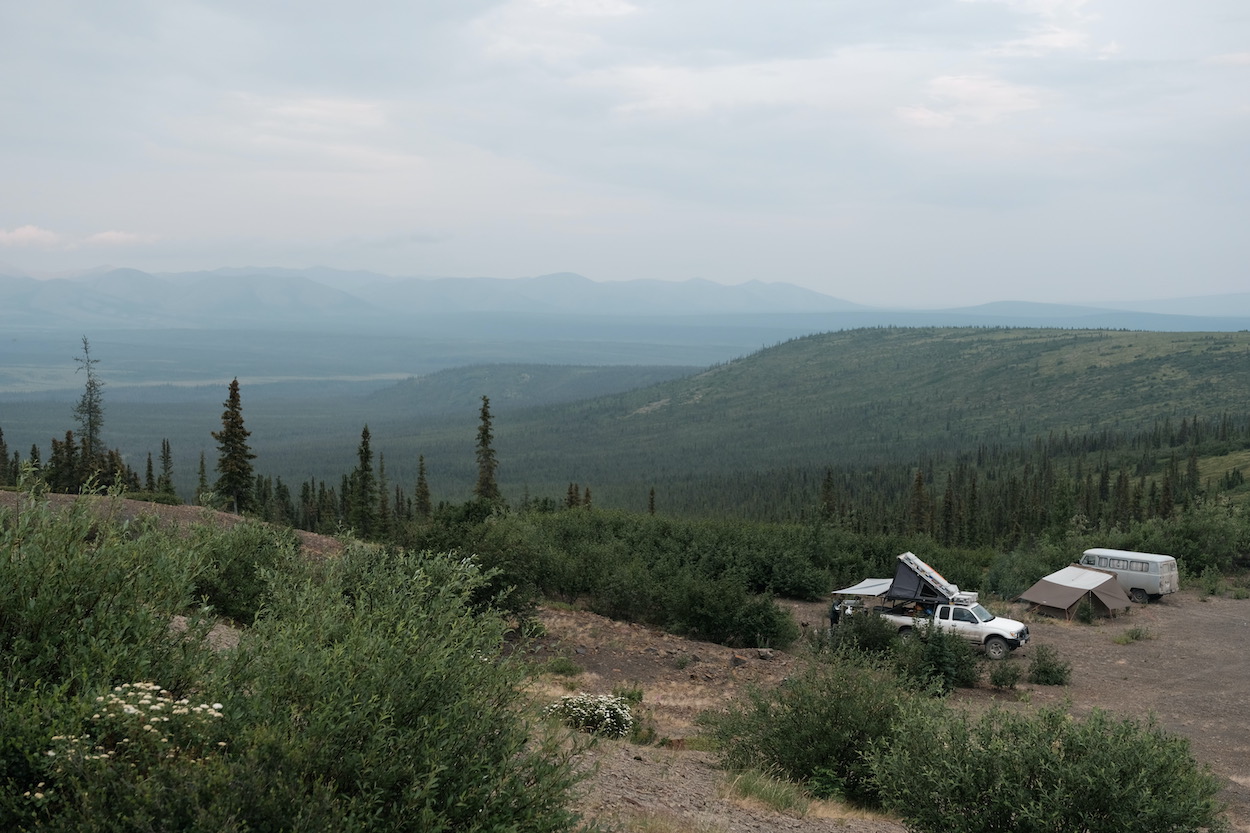 There are a couple of things I wish we knew before embarking on this epic month long trip. Most online articles I read about this drive described Dempster as one of the scariest drives in the world and warned to bring multiple spare tires.

Safe to say, by the time we arrived to the start of the highway, I was fully prepared for the worst. Here, I will share realistic things you need to know before embarking to the furthest reaches of the Canadian Arctic. 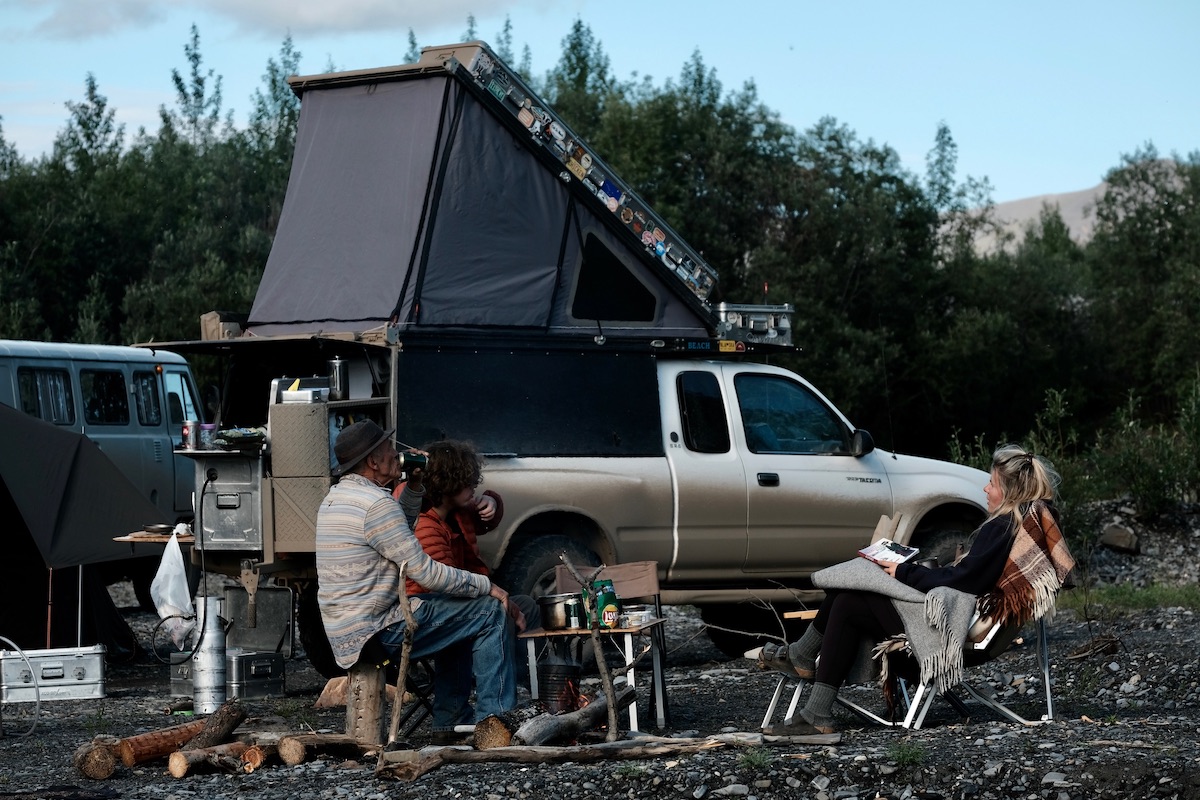 I thought I understand the definition of remote pretty well. The summer prior, we spent 3 months overlanding all over Alaska – so I was well prepared to the feeling of being far away from big towns. The remoteness of the Dempster fully hit me once we left Tombstone Territorial Park. After that, there were no more signs for designated parks – just thousands of miles of wilderness around us.

The first fuel stop is Eagle Plains – it’s a small lodge located off the Highway. There you will find beer, burgers and paid wifi if you need it – a special treat after driving 250 miles from Dawson City. The first cell signal along the route is in Fort McPherson. Small villages of Inuvik and Tuktoyaktuk also have cell reception. During summer months, you will also be taking two cool looking ferries across large Northern rivers, McKenzie and Peel. The ferries are free and operate on demand from early morning to late evening. There are a couple of campgrounds along the way, but because most of the land is public, dispersed camping is allowed almost everywhere (except for private tribal land). 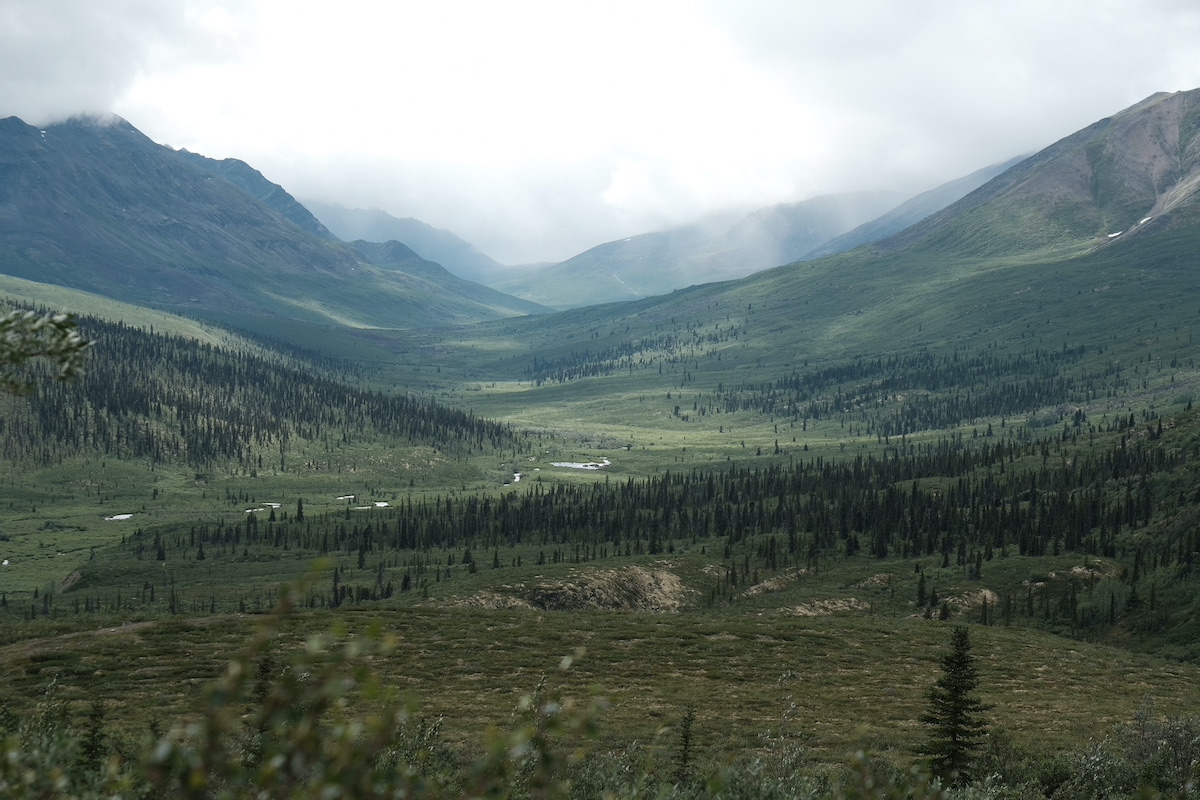 The Dempster is built on permafrost and is a notoriously slow, shaky ride. Once you arrive to the Arctic Circle sign, do yourself a favor and walk on the squishy mossy ground in the area – it’s softest thing you’ll walk on out in the wild. After coming back from the Arctic, we got asked all the time: “What’s the one thing I should know about The Dempster?” And our answer always was: give yourself time to do this otherworldly drive. 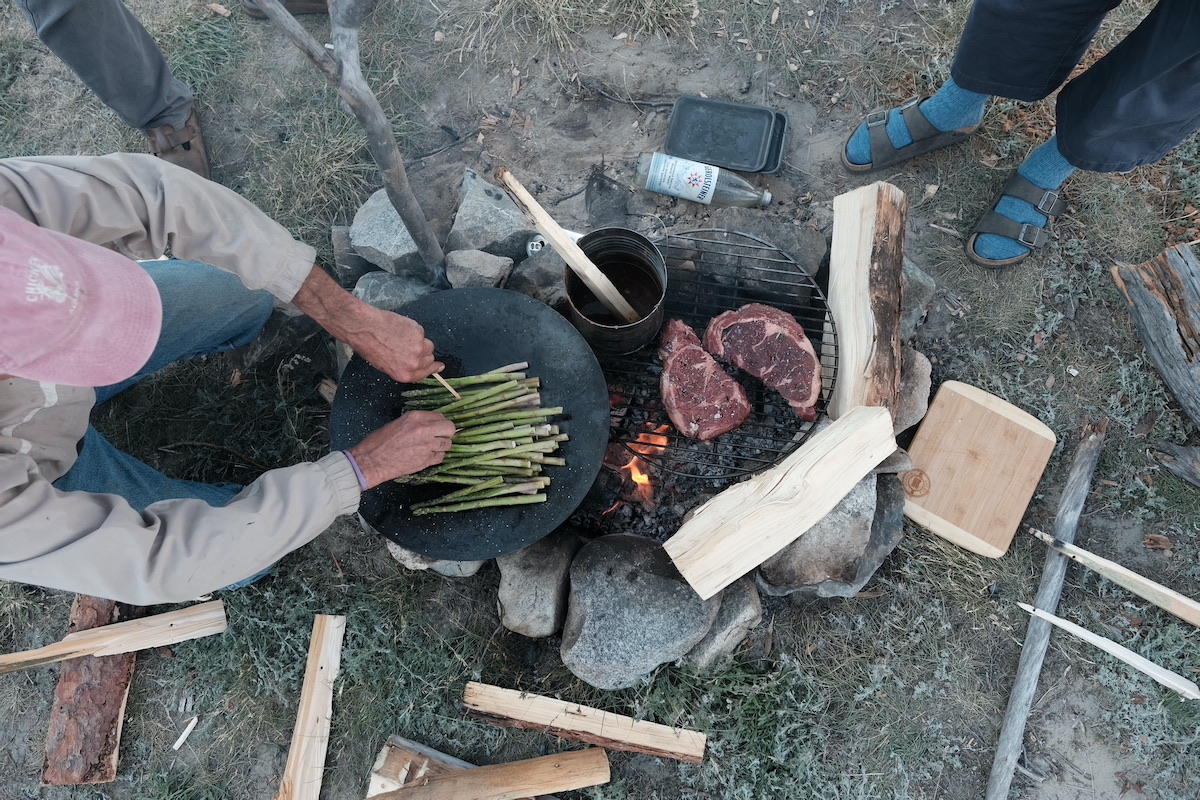 We have met folks who did the entire drive there and back in 3 days – they drove nonstop with minimal stops. Unless you have a specific deadline, Arctic Canada is not the scenery you want to skip through and rush. We would recommend at least a week for the drive there and back. Because the drive is fully gravel, driving fast is not an option. Take it all in – it’s not every day that you get to dip your toe in the Arctic Ocean. 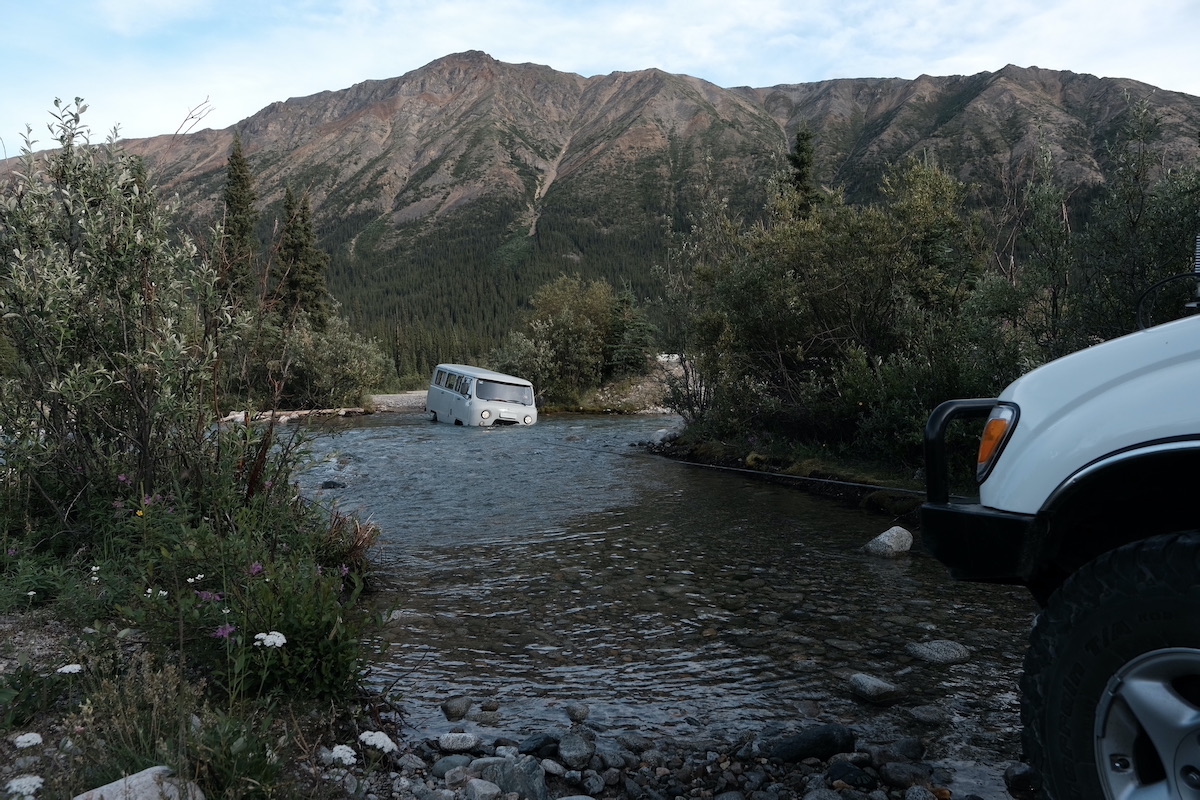 We managed to plan this trip a year in advance with our adventurous friends, who drive a funny looking Soviet-era van, called Buhanka. Not only did it make for more fun camp stories around a fire, it was also great to have friends around when our alternator started acting up and our friends’ drive shaft dropped in the middle of nowhere along the Dempster. 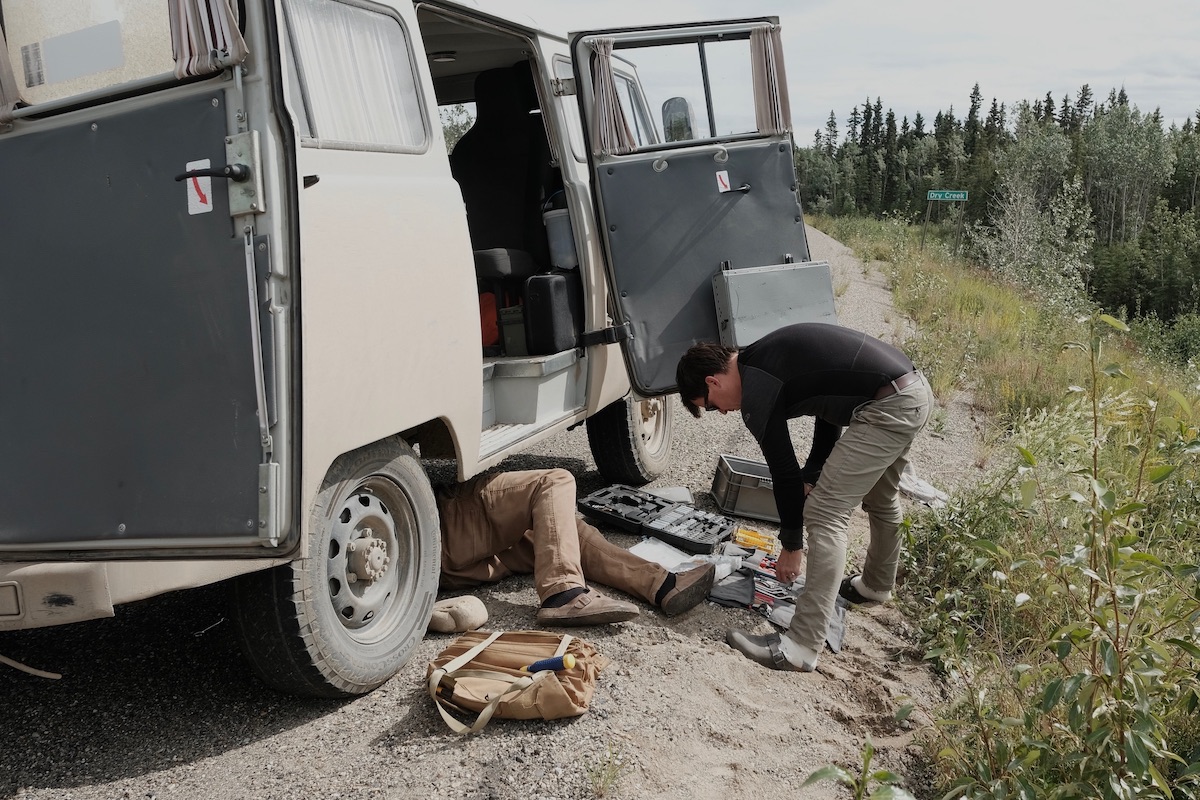 It’s true: Dempster highway can be very hard on vehicles and some unfortunate situations do happen, like flat tires and general breakdowns. Both parties in our group are pretty handy and we were able to get both breakdowns fixed but had one vehicle failed, it would be nice to have friends around in a second vehicle to either tow or drive to the nearest town.

This trip almost didn’t happen. In all honesty, we thought of all kinds of excuses like it’s too far and it will take too much time to get there. But the month we spent with our friends in the Arctic Canada will never feel like wasted time – we had a chance to camp all over the beautiful Yukon and Northwest Territories, explore Dawson City and Whitehorse, eat whale meat in Tuktoyaktuk and once again reaffirm our belief that going to remote places is the best way to hear your self think. 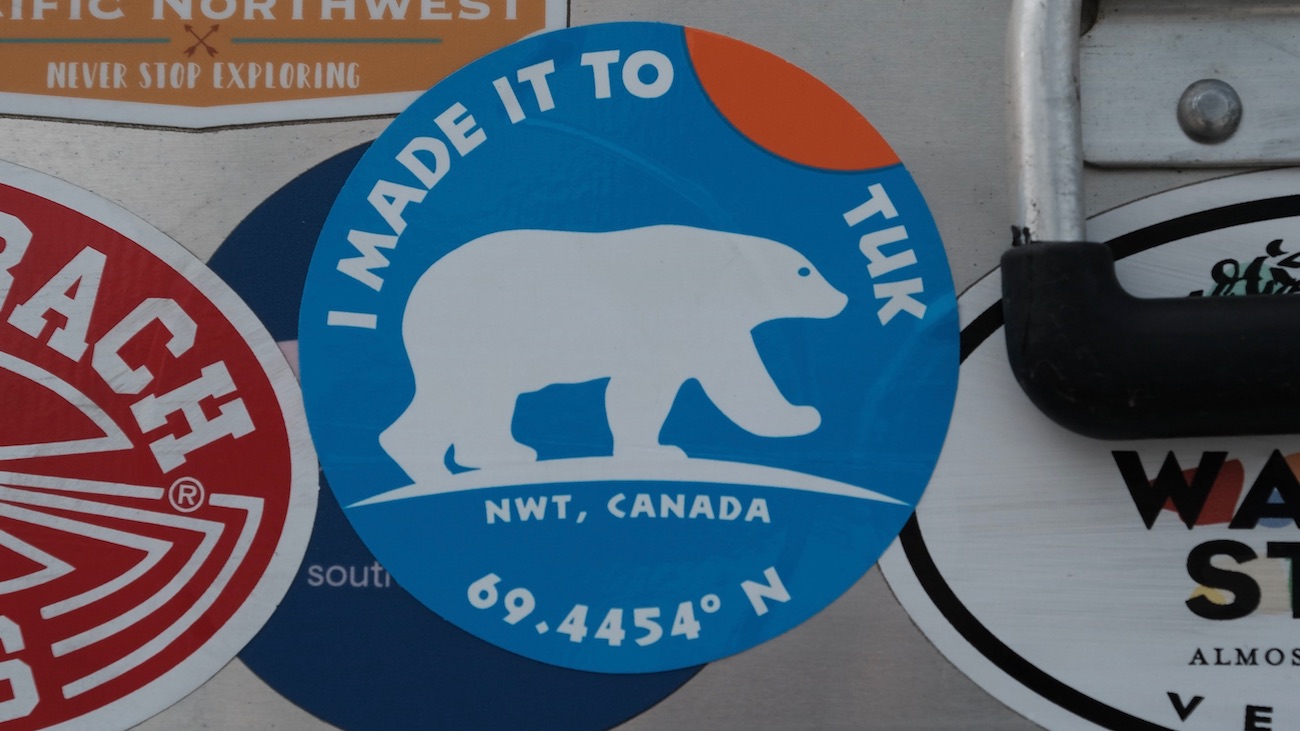