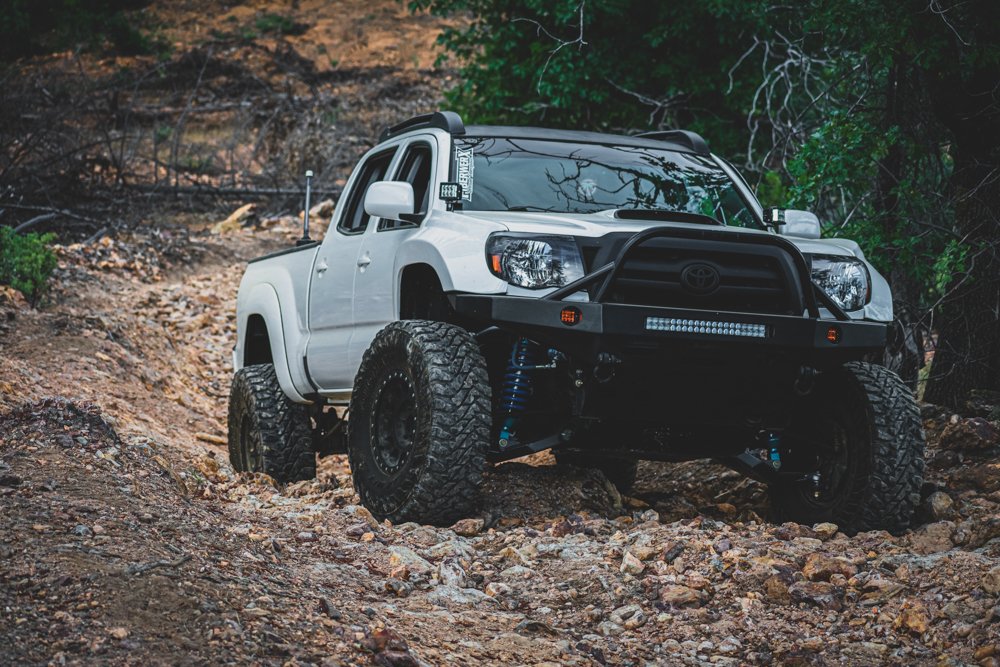 Limited Slip vs. Locking Rear Differentials. Which One Is Best For Your 2nd Gen Tacoma?

When it comes to buying a Tacoma, whether new or used, many factors come into play.

One of those factors that many, if not most people don’t know about or take into account, is the option/difference between the Limited Slip (SR5, if equipped or TRD Sport) and the Rear E-Locker (TRD Off-road) options.

Auto LSD was introduced into Tacomas in 2009, as far as I understand, which switched from mechanical LSD (2005-2008) to electronic. In this article, we will be discussing this matter as it pertains to a 4×4 equipped rig and what would be the best option for you. 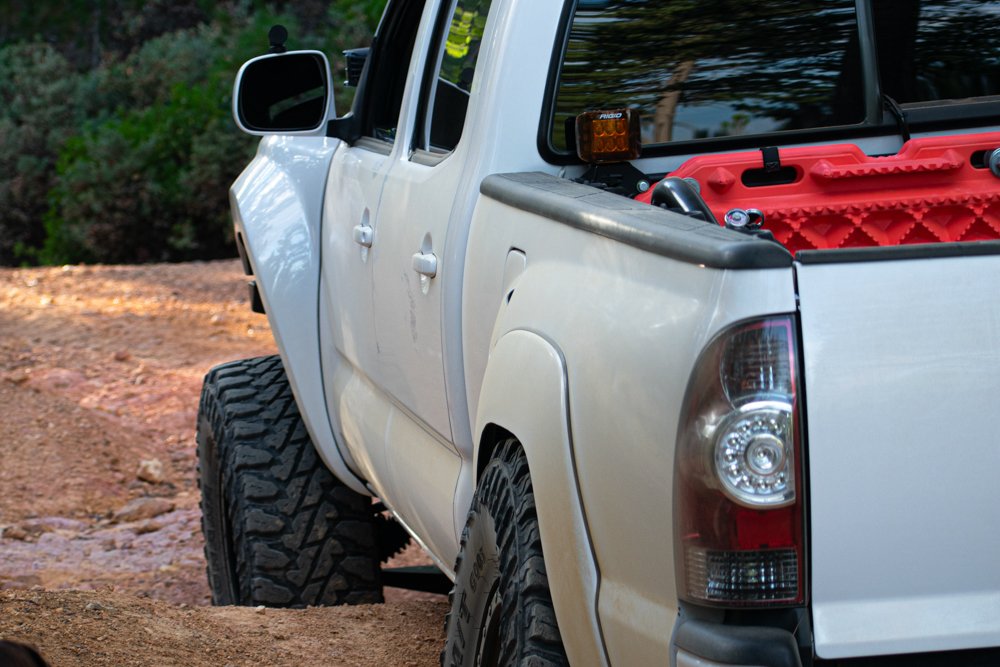 There are three basic types of differential options on the 2nd Gen Tacoma:

Typically, most vehicles come with open differentials. This means that the differential allows for the opposing wheels to spin at different rates.

For daily driving in normal conditions, this is preferable because it allows for easy splitting of the engine power to the wheels and allows for the difference in wheel spin, especially when turning. This, in turn, prevents binding. One downfall of this system, if one tire begins to lose traction, the opposite tire will also experience a decrease in power. This is not ideal if you’re looking for maximum traction offroad.

A limited-slip differential is essentially the best of both worlds, a great compromise if you don’t heavily wheel your truck. Most of the time, this setup acts just like an open differential and only locks the differential when traction is lost.

There are different types of limited-slip differentials. Some use electronics (Auto LSD) and your vehicle’s braking system and others use mechanical parts inside the differential itself. This is a great compromise between the two extremes.

Interested in air lockers? Check out our review of the ARB Front & Rear Air Lockers. 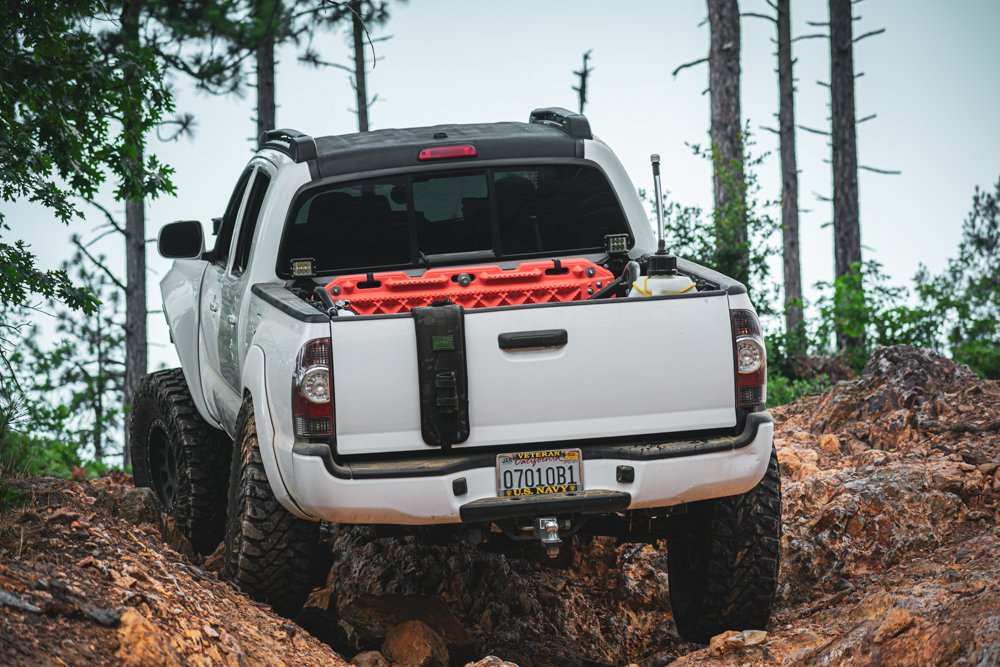 The Auto Limited Slip Differential (LSD) is a much different platform than a Tacoma that has the option of a Locking Rear differential. The Auto LSD was introduced in later model 2nd Gen Tacomas and is much different than the mechanical version that was seen in earlier models.

An Auto LSD functions by electronically regulating the braking system in your Tacoma when it detects wheel spin. A mechanical LSD uses a clutch or internal mechanism to temporarily turn your differential into a locked one as long as the system detects a change in the wheel spin.

There are many arguments for both types of LSD, but ultimately, they both accomplish a very similar end result.

The LS means that it has 2 output shafts rotating at different speeds but it can limit the difference between the two using your braking system. The earlier models of the 2nd Gen Tacoma came with mechanical LSD and were later changed to an electronic version.

This prevents too much power going into the turning of one wheel but also keeps both wheels in powered rotation making sure that the traction needed won’t be limited to the turning of the wheel which is experiencing less resistance.

This is a basic feature of an open differential, the power is always directed towards the wheel that is easier to turn. This is also one of its greatest weaknesses when taking to the trails.

When you are using the Auto LS and find one wheel is struggling to turn, the LS will allocate that power to the wheel that can move easier (better traction) and vice versa until you are out of that situation. Given that it doesn’t take place in a severe off-road terrain environment. Auto LS works on very mild to moderate terrain, but will rarely pull you out of deep ruts or pull you over high ledges alone.

If auto LS can’t find the traction to get you out, you might have to switch to 4×4 which will then give you the needed front end wheel turning ability (if traction allows) to break free.

Ultimately 4-wheel-drive is what you want to get you through or over what an LSD can’t. 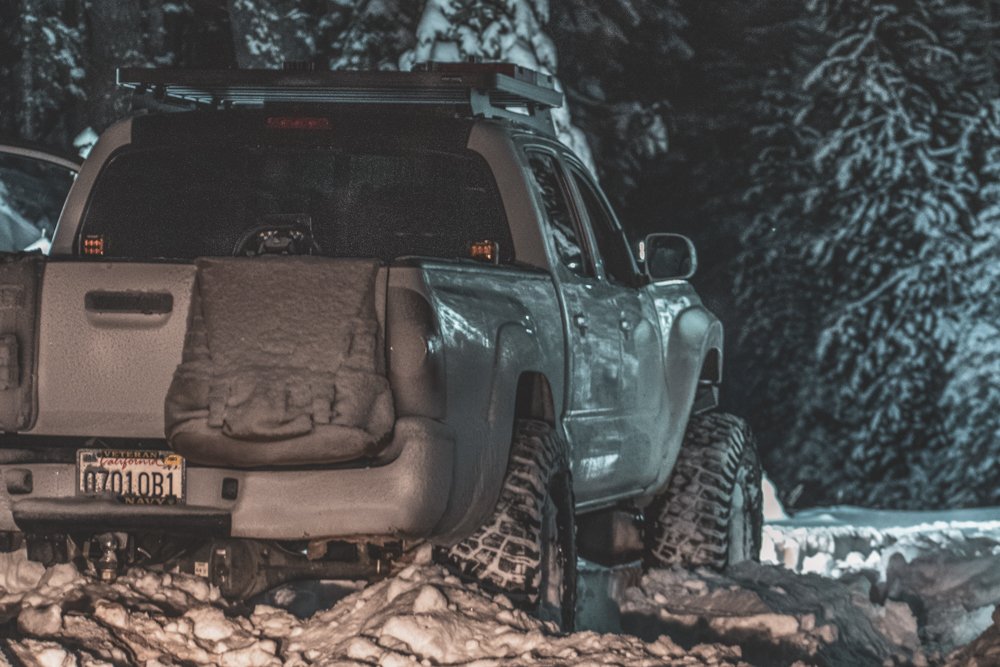 The Rear locking differential option is much different compared to the LS.

It gives you the ability to lock both axles in unison without one wheel spinning faster than the other. Both wheels spin at the same speed and can be much more useful when it comes to more technical off-road terrain.

A potential downside of this system can be that both wheels are turning regardless of traction which can get you stuck even more, which would then lead to engaging your 4×4 feature and hopefully getting out of that situation.

Check out this ARB reference video on LSD vs. Traction vs. ARB locker.

Here is another video one on Open Differentials vs. Traction Control vs. Lockers.

Just keep reading and watching videos and you will start to learn the differences and how these differentials work.

So Which One Is Best For You? 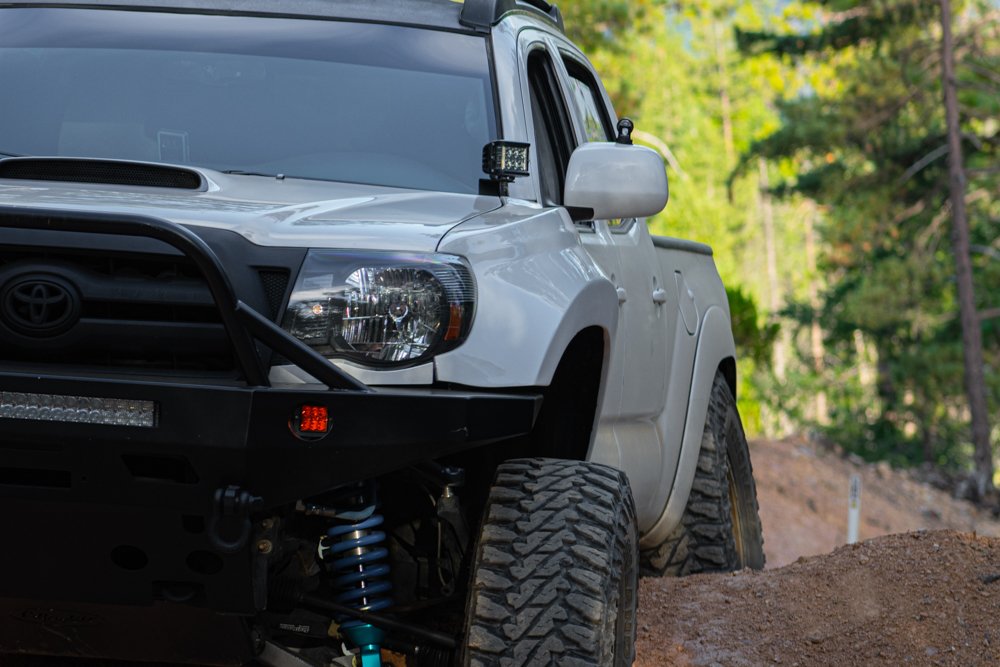 There are a few things more to take into account when coming to your conclusion on what would be the better option for you.

As far as my knowledge goes with the LS option, once 4×4 is engaged (4-HI or 4-LO) the Auto LSD is disengaged, but I swear that I have I seen it work while in 4-HI. As far as 4-LO goes I can’t for certain say that it does.

When it comes to the Locking Rear diff, it can be used in 4wd but only while in the 4-LO setting. This being said, the suggested speed in 4-LO is no more than 5 mph which also pertains to the Tacoma with LS (but the LS would not be engaged). If you do your digging, a few owners have done modifications to allow the differential to lock regardless of the situation.

With all being said, I hope that I put things as simple as possible for readers to understand the differences between the two.

Given that I have had both the TRD Sport (my current Tacoma) and the TRD Off-Road (my previous Tacoma) I can safely say that they both serve their purposes and they are both great options. I will say that if the terrain that you explore is more technical and “trickier”, the locking rear diff would probably suit you better with having the option to make both wheels spin in unison along with the capability of using 4wd.

If the terrain you explore and off-road in isn’t as technical, the Auto LSD option will suit you just fine along with 4wd if things get a little sketchy. I have been in several spots where I have used my Auto LS and it has worked great in terms of getting me where I need to be safe. 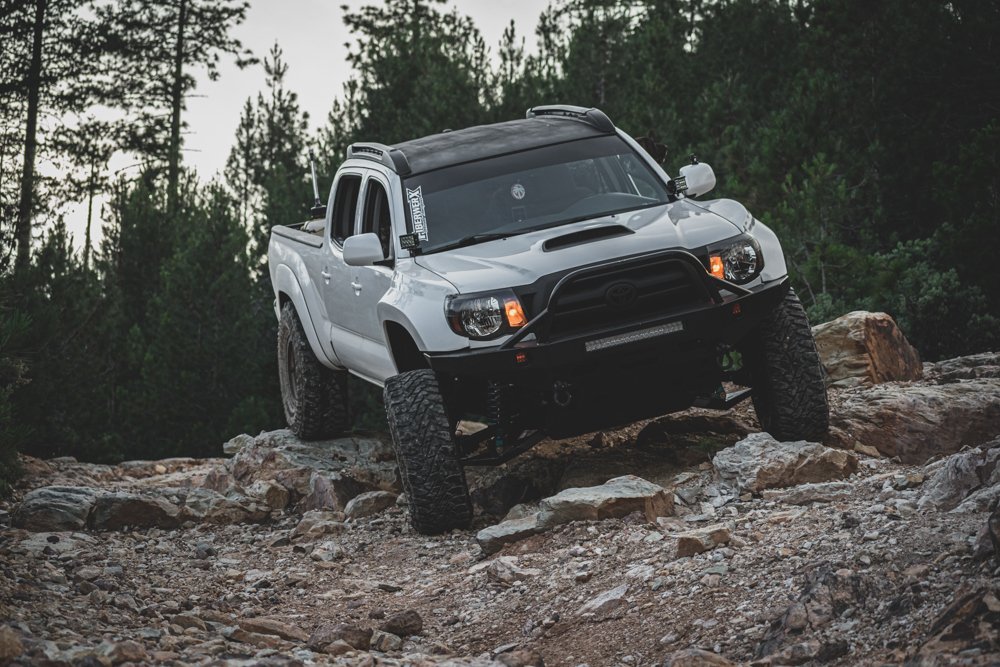 In the end, determining what is best for you comes down to preference and the terrain you off-road in and that is just my opinion. A fairly educated one, mind you.

Both are great options and as I said, serve their respective purposes. The Tacoma is a timeless and proven platform for off-road exploration. Besides differential upgrades, you can purchase items such as tires, gearing, lifts, long travel, air lockers and so much more. All of these things, ultimately, help make your Tacoma even more capable and reliable.

I hope you all have fun out there and enjoyed reading this article. Drive safe and off-road responsibly.

U.S. Navy Veteran, father, brother, son and passionate about all things outdoors. I take pride in being someone who strives to learn and is always willing to help.

Hey there I have a 2011 Tacoma with an auto lsd and I have the rear diff lock I get pretty confused when talking about the two and didn’t know if it would be better to just leave the auto lsd on 24/7 or like what? Need opinions

Great information Chase! As an owner of an sr5 I’m currently in the market for a locker for my rear differential and this article definitely helped me with my decision. Thanks for a great write up and thank you Trail Tacoma for all of the useful content!

Which carrier did you install ? Nitro shows they have one for 2016 and up Tacoma’s.

I have a 2016 TRD Sport and can honestly say that the Auto LSD is essentially useless in snow. Putting in a real LSD now.

Thanks for explaining this one out. Really appreciate the advice, Auto LSD option sounds like its great option but really no comparison to a locked diff for those really sketch moments. Really pushing to find a TRD Off-Road, White DCSB, Manual, locked.. seems like a unicorn when looking. Everytime I see one with decent miles that looks halfway clean, it’s gone the next day.