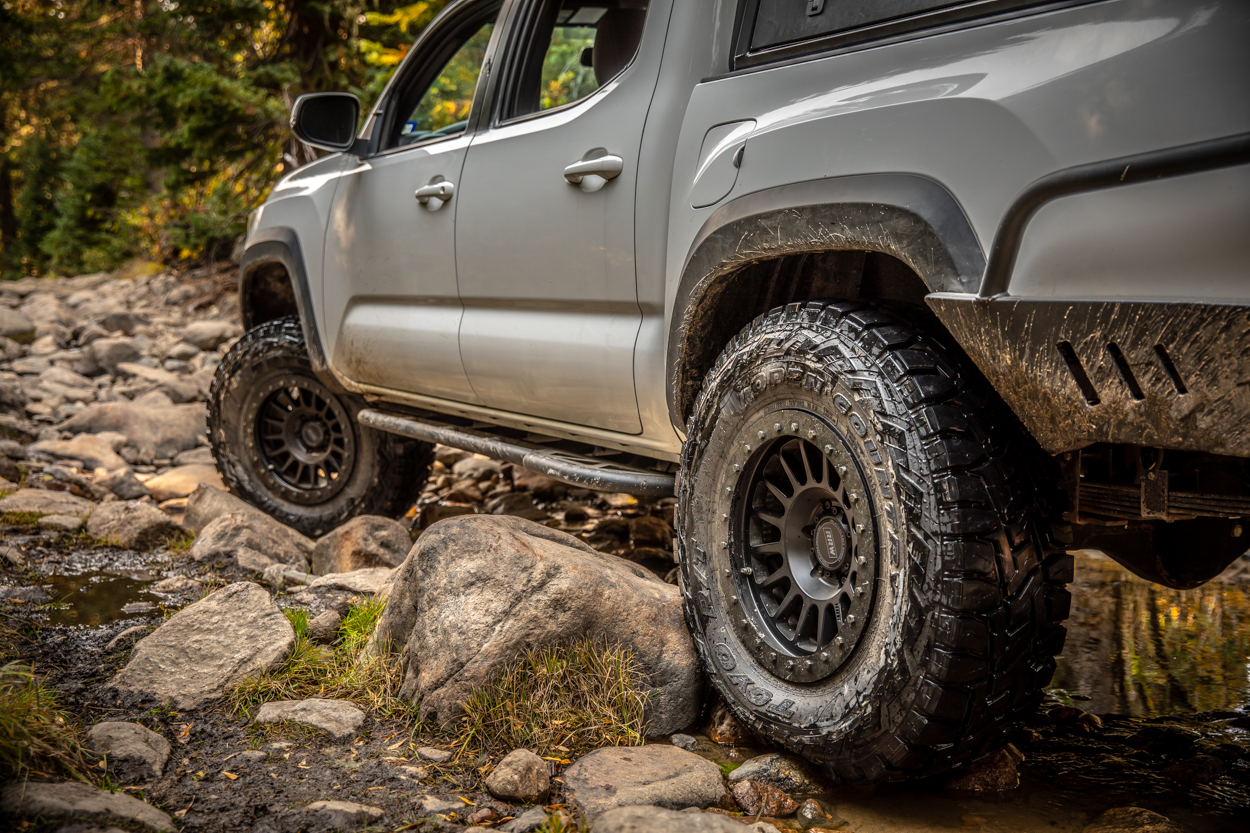 Are you looking to treat yourself to some rock sliders for your rig but you’re bombarded by all of the options and types of sliders out on the market?

Not only are there a ton of companies who build rock sliders for the Tacoma, but you also have the option to choose which kind of steel you would like them to be built with.

There are not a whole lot of resources online that outline the differences and the resources that do exist are sporadic and hard to find. We’ve done our best to compile the information in an easy-to-read, well-organized manner.

All the options can get overwhelming, especially if you’re new to the off-road/overland community. Throughout the course of this article, we’ll go in-depth on the two main types of steel used for sliders: the pros and cons of each and ultimately what would be better suited for your style of trail riding.

There are really only two main types of steel you can buy:

Towards the end of the article, we will also dive into mounting options and how they affect overall strength as well as the options you have for coating/painting your sliders.

Without further ado, let’s dive into the differences. 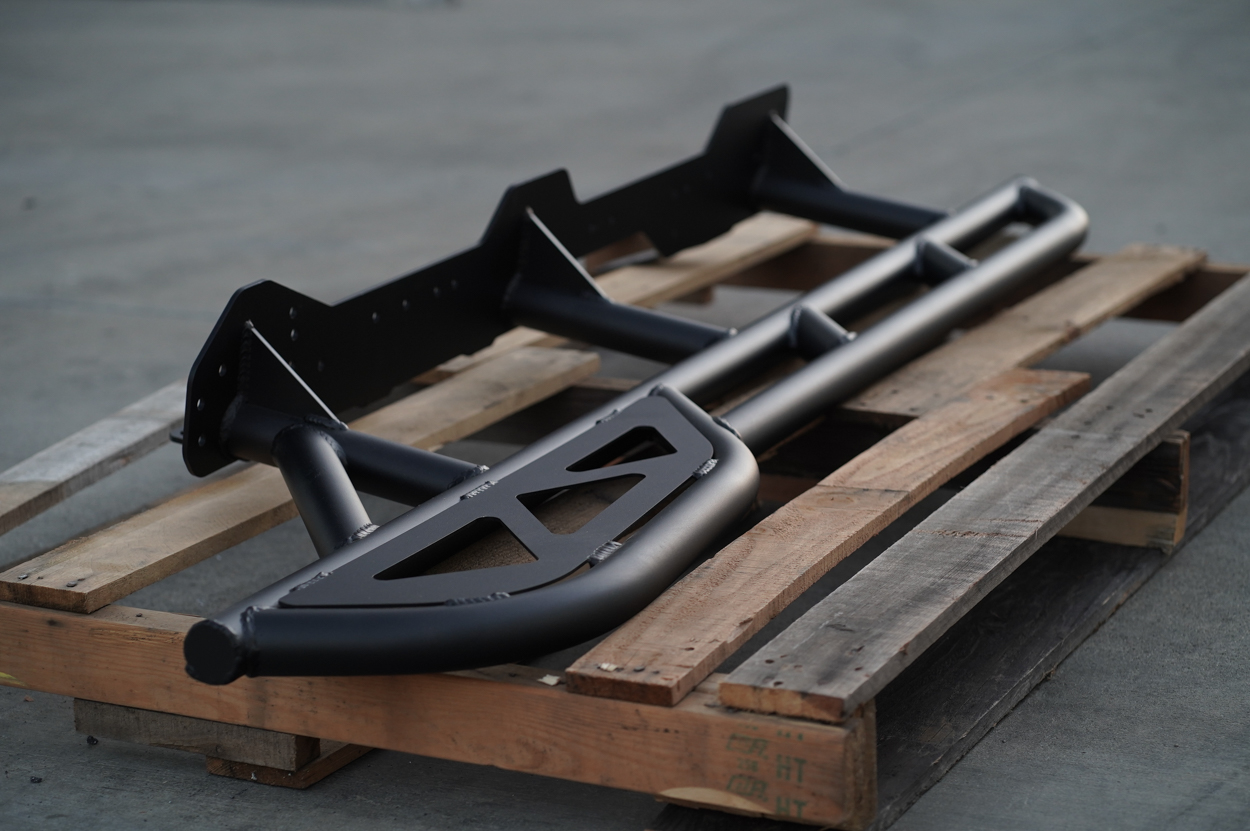 The DOM (aka Drawn Over Mandrel) is currently the most popular type on the market and is the first one we’ll be breaking down.

Difference between DOM and HREW?

For starters, the DOM tubing typically uses 1020-1026 Mild Carbon Steel, which is the same material used for HREW.

Where they differ is where the DOM tubing goes through an extra manufacturing step to make it stronger. The secondary step encompasses the tubing being cold drawn over a mandrel which ultimately ensures the tubing has a more consistent and precise thickness throughout as well as adding to its overall strength. Also, this helps to make the tubing more seamless.

A DOM set of sliders is inherently going to be stronger since it goes through the extra strengthening step. But, how much stronger does it actually make it?

Steel has two types of strength:

The yield strength is the strength where a certain amount of force is going to deform or bend the tubing, whereas the ultimate strength is a point in which the steel will eventually snap, break, or crack.

DOM tubing generally has a:

You’re probably wondering why this is important to you. Well, with a higher yield and ultimate strength that means you can put more force onto the slider without it being damaged.

You also might be thinking to yourself that something with a yield strength of 70000 PSI is crazy strong and you won’t ever put your sliders under that kind of strain… However, you’d be surprised how easy it can be.

Doing a few simple mathematical equations, you can find out how much weight is actually resting on that little point in contact with the rock.

In most cases, it is usually close to, or at, the yield strength. Now add the fact that you might drop the entire weight of a 6,000-pound vehicle onto the sliders from a height of 6-12 inches… That’s A LOT of force.

Weaker steel will definitely be more susceptible to damage and bending. 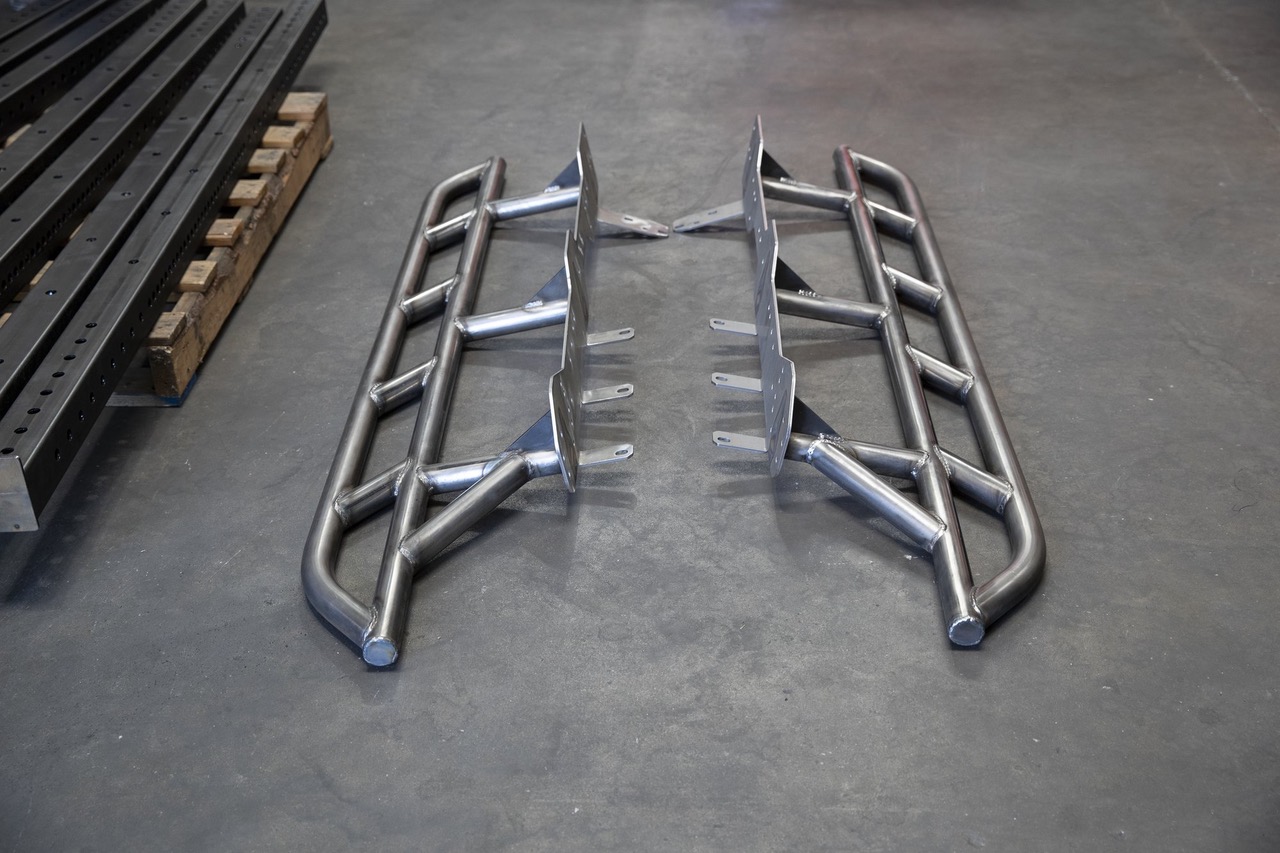 The second type of steel, and the most affordable option, is going to be HREW.

This type of tubing is made out of a 1020 Mild Carbon Steel just like the DOM sliders. HREW does NOT get run through a cold drawn mandrel, making it less strong than a DOM slider.

Compared to the DOM tubing, the strength of the HREW is quite a bit less. This shouldn’t be a huge turn off because if you are the type of driver who doesn’t do a lot of rock crawling or technical trails, then the threat of potentially damaging your sliders is significantly less.

The price point of these sliders will also run you a bit less than a set of DOM sliders, making it more affordable. However, DOM is beginning to become more of a standard, therefore driving prices closer to HREW levels to stay competitive.

The following video is a great educational tool when it comes to real-world testing of the differences in strength between various rock slider steel options.

Additionally, check out this testing datasheet put together by 4XInnovations – DOM vs HREW. If you love to geek out over technical data, this one is for you!

How To Choose a Rock Slider Set 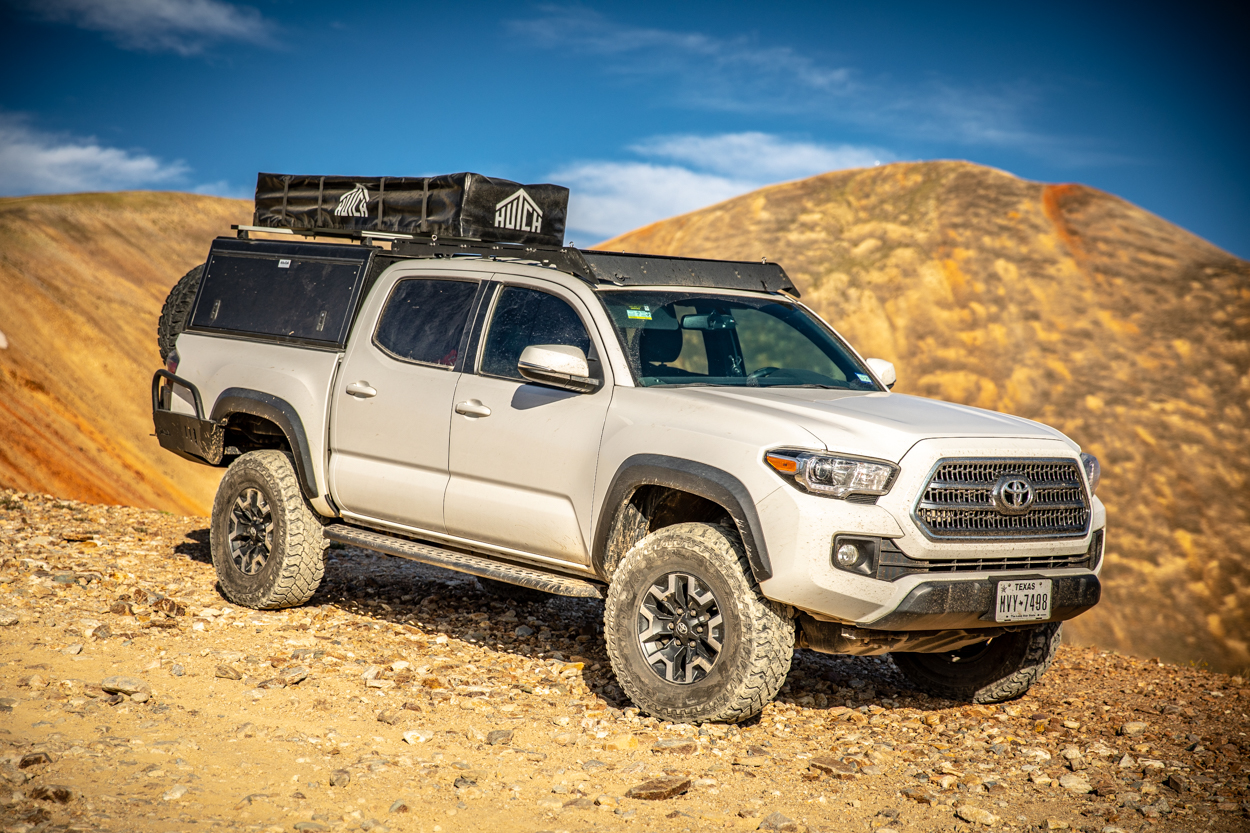 Cost is definitely a factor. Sliders will vary in price quite a bit, which is a large deciding factor for consumers.

Which is more expensive: DOM or HREW?

Generally, DOM sliders are going to be more expensive just because they go through that extra process of strengthening the metal. On the flip side, HREW will be cheaper since it’s easier to manufacture.

Sliders can vary between $500 (on the lower end) and $1200 (on the higher end). You might be wondering why the price gap is so large. Usually, the more expensive sliders will be better since they are made with a lot of attention to detail and by a company with a lot of experience. Some less expensive sliders may be made in bulk on an assembly line, where the quality control may be lacking, or a newer company. Again, the type of steel also affects the price.

To sum it up as shortly as possible, if you plan on doing a fair amount of trails with big rocks and a high potential for damaging your door and rocker panels, get DOM. Guys (and gals) who wheel heavily will want DOM, without question. You will never have to worry about purchasing another set again.

On the flip side, if you don’t want to spend a ton of money but just want to protect the side of your truck from the occasional rock or tree stump, and you still to more overland style travel, then go for HREW. Funny enough, I’ve seen a couple of fabricators running HREW intentionally to show that HREW also offers a good degree of protection. The point is, don’t be afraid of HREW. It’s still steel and it’s still plenty strong.

In the end, you can’t go wrong with either option. It boils down to your specific needs. Regardless of your choice, DOM and HREW sliders will ensure you and your truck are protected and that you get home without excessive damage at the end of a long day on the trails. 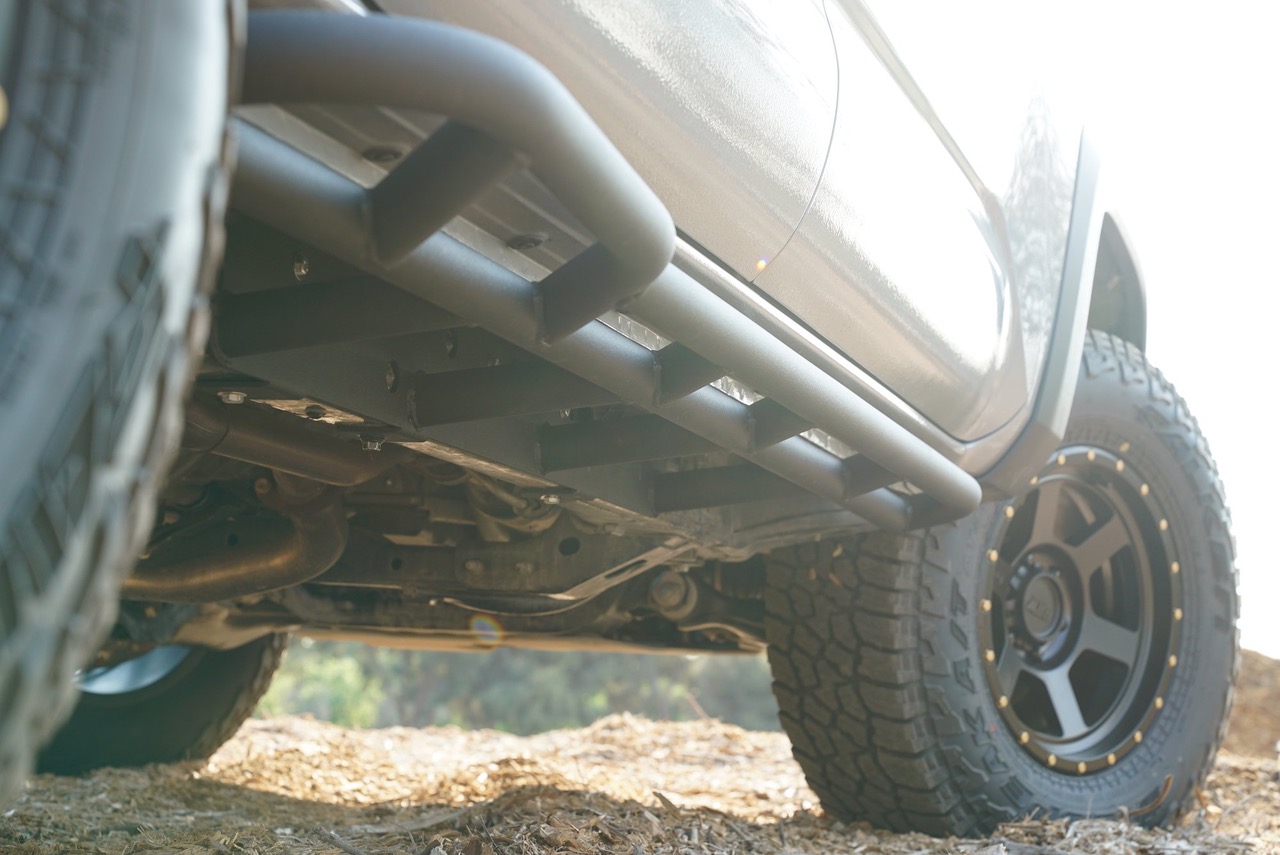 If you didn’t know already, you have two options for mounting the sliders to your truck:

Bolt-on is the easiest and most convenient to do but, there are some things to take into consideration. If you decide to bolt the sliders onto your truck, they bolt directly onto the frame. If you are in a scenario like I mentioned above, where you are resting on the slider at an angle with the weight of the truck on it, there is a change you might bend the mounting plate, or break a bolt.

Breaking bolts and (serious) damage to bolt-on sliders is not a very common occurrence, but it is definitely more likely.

Not only is the slider under yield and ultimate strength but the bolt is too. There is an argument that due to the larger mounting surface, bolt-on sliders might actually dissipate the force from an impact better than weld-on. That, however, is a topic for another time. Also, for reference, most every slider option on the market is bolt-on now.

The other option is weld-on, and in general, weld-on is the safer way to go since it’s significantly stronger than a bolt-on — at least as far as comparing the strength of a weld to a bolt goes. Cue the previously mentioned argument. One of the reasons people shy away from weld-on sliders is having access for someone to weld them on and weld them on properly.

There’s also the issue of working on the rocker panel, door, or anything near the sliders. If you really need complete access, you’d need to cut your sliders off. Not ideal. The overall trend is that weld-on sliders will also run cheaper than bolt-on ones. 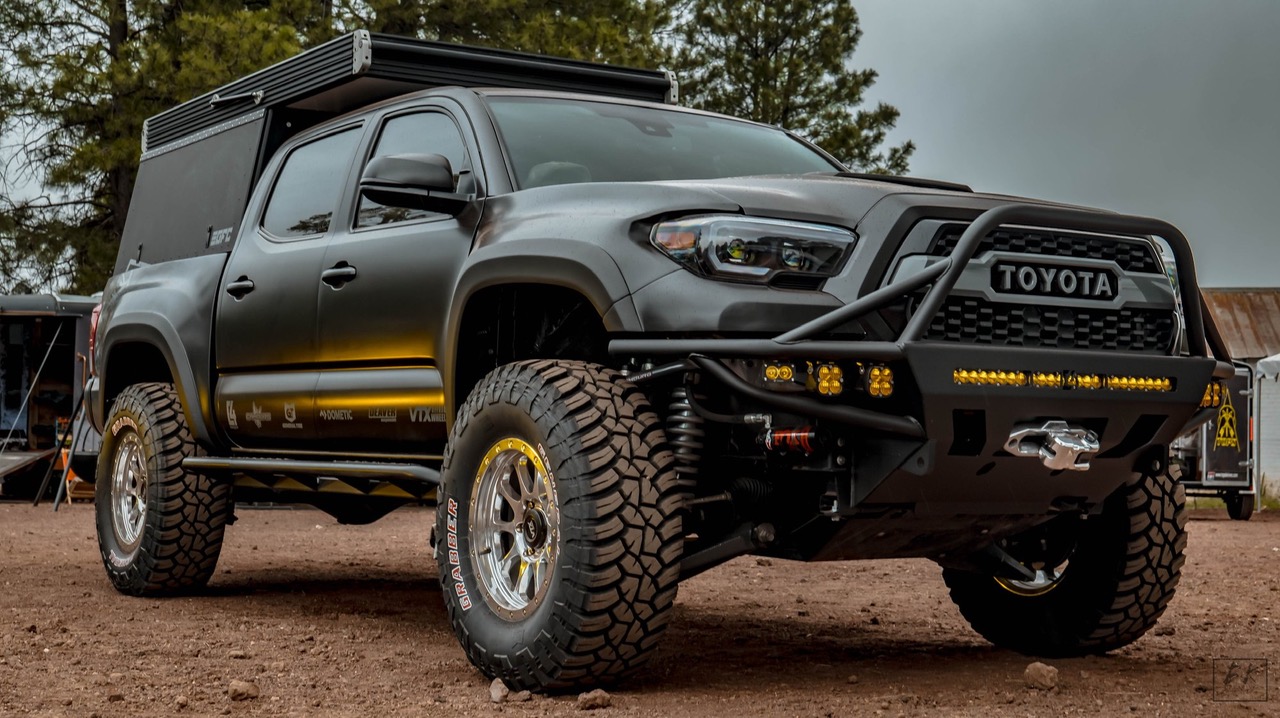 After you’ve decided what sliders to buy, you’ll need to get them painted. Usually, most companies will either offer powder coating, some sort of bed liner or just leaving the sliders bare steel.

Powder coating is going to be the cleanest and one of the easier options to touch up. Most guys sand their sliders after a tough season and repaint them with a rattle can that matches their original finish.

Bed liner can look good but will also scratch and once scraped against a rock, it may start to peel. Unfortunately, they are harder to touch up when you have a chip or scratch. If you’re unfamiliar with bed liner, it is typically a rubberized spray. This can also add some extra weight to your slider. In the bigger picture, that is not really a factor.

Check out our article for a how-to guide on prepping and painting bare metal parts. 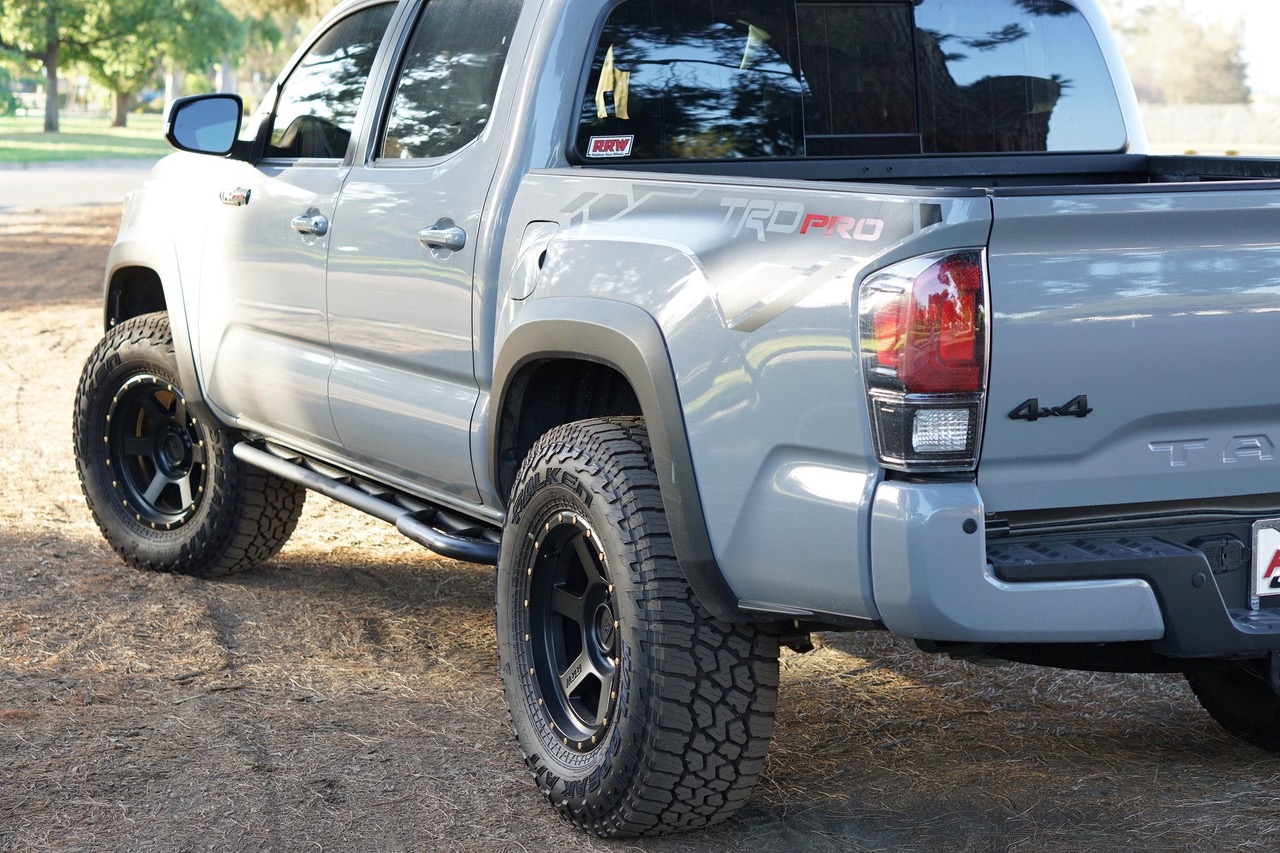 That should just about cover everything and anything you need to know on your slider buying journey.

I hope that clarified a few things and made your decision a bit easier. Carefully consider how you’ll be using your truck before you make a final choice. Think about where your build is now, where it will be soon and how it’s going to look eventually and buy the slider that’s best for you!

Hey guys, I'm Sean! I'm a Northern California Native who currently resides in Prescott, Arizona, where I attend Aviation School. I'm a huge lover of the outdoors, taking every opportunity to go explore in my Tacoma.

Very well put together article. Great information and I like that you included some videos, the drop test was great. Will definitely help make my decision easier. Well done

Thanks, Kelcey! Finding good information on this topic, even with a thorough search, was tough. We did our best to compile everything you need to know.

I have DOM sliders but didn’t really know what I had until I read this. Thanks for the article!

Glad you found it useful! Thanks for reading. 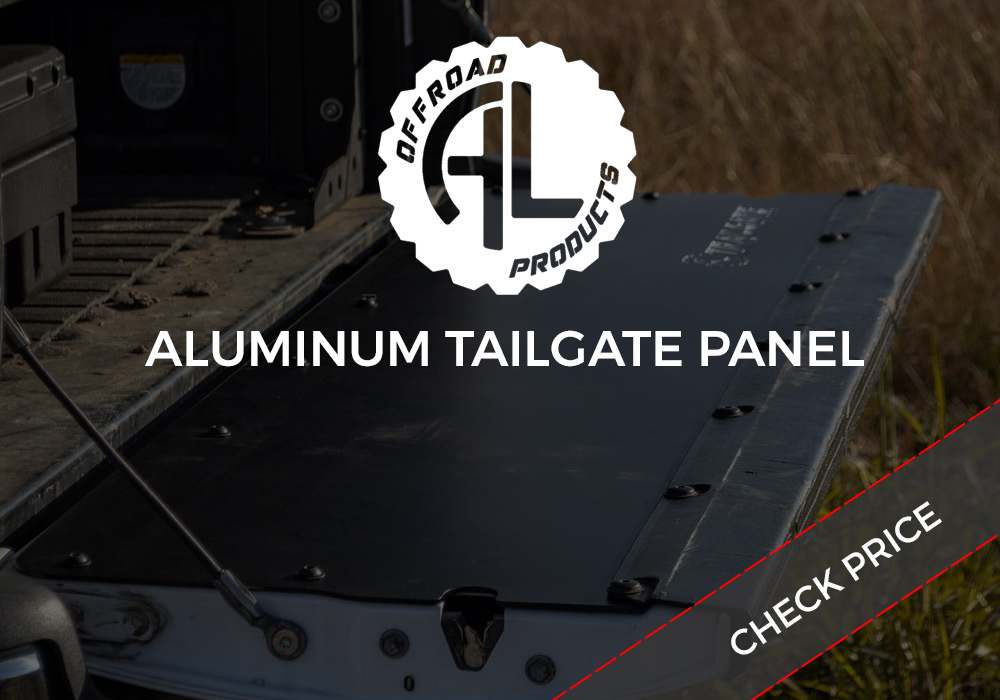 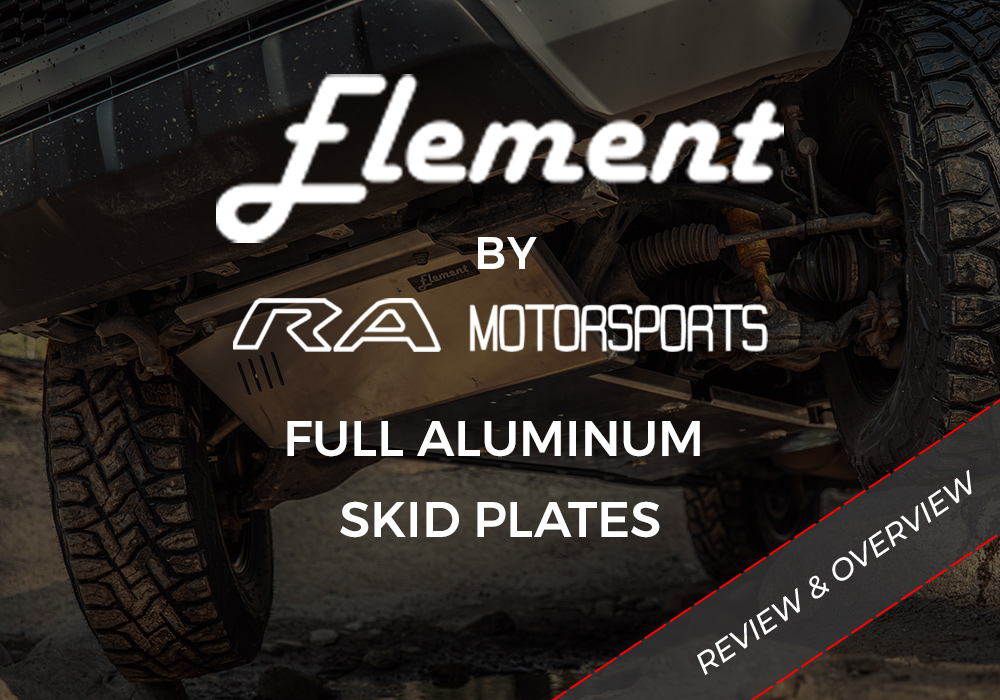