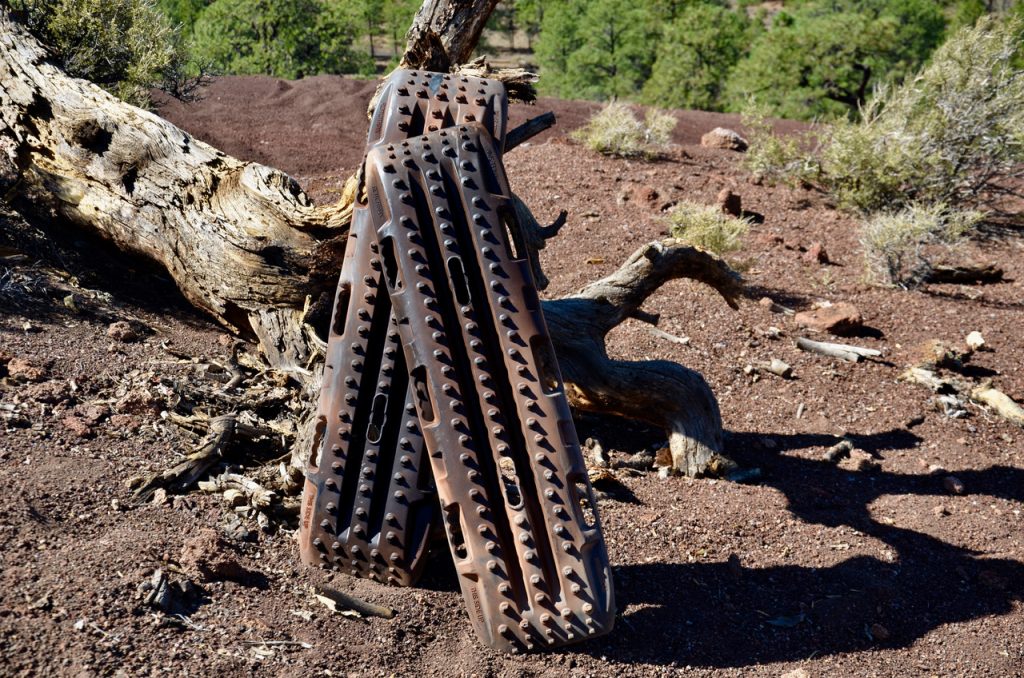 Recovery boards, also known as traction boards, are an essential item to add to your arsenal of recovery gear if you do any sort of multi-terrain offroad or trail riding.

If you haven’t heard of recovery boards before, they are pieces of molded plastic with knobs covering the surface area of the board. They can be extremely helpful in situations where you may be stuck and lacking in traction. Slip these under the wheels and they will give you a boost of traction to help assist you to get unstuck. There are many companies out there that make recovery boards.

If you know a little bit about overland and off-road products, you have most definitely heard of RotopaX. A top tier company that produces quality offroading fuel cans and accessories recently just stepped into the recovery board market looking to get their name in the game. Not too long ago, we covered their 3-Gallon Auxiliary Gas Can. You can check out that review and overview here.

Let’s get into it. 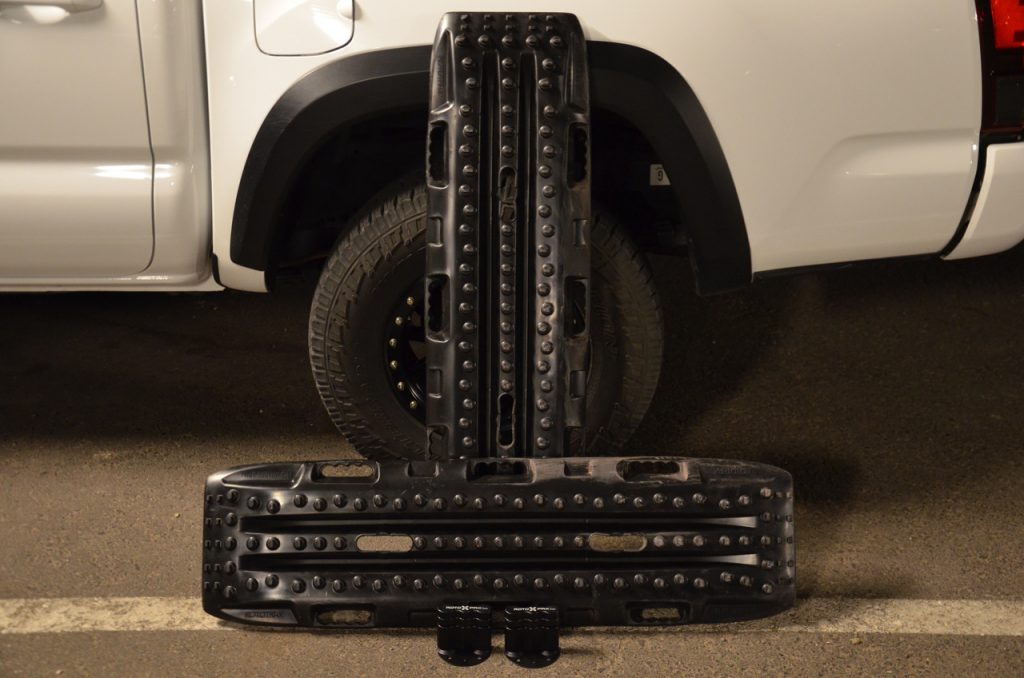 After receiving the RototraX and having them in hand for the first time, some key elements stood out.

Rotopax took a traditional approach when designing the shape of the board. The tapered ends and rectangular design with parallel knobs have been around for a long time in the recovery board market.

Another noticeable design feature is the mounting slots. The team over at Rotopax decided to use the same mounting system that they use for fuel cans. Meaning the boards mount using the Deluxe Pax Mounting System, making it easy to mount them to any style rack or shell you might be running. I have a Hobbs Offroad Freedom Bed Rack. Using the RotopaX mounts, I was able to quickly and easily attach these to my Tacoma.

After handling the boards, I noticed that they felt quite flexible. The boards had quite a bit of play and flexed in all directions. Taking a look underneath the boards, there were no additional rib supports for added strength which seemed to be part of the reason for the flexibility they have.

As these were just first impressions out of the box, there was still testing to be done… because that’s what recovery boards are all about! 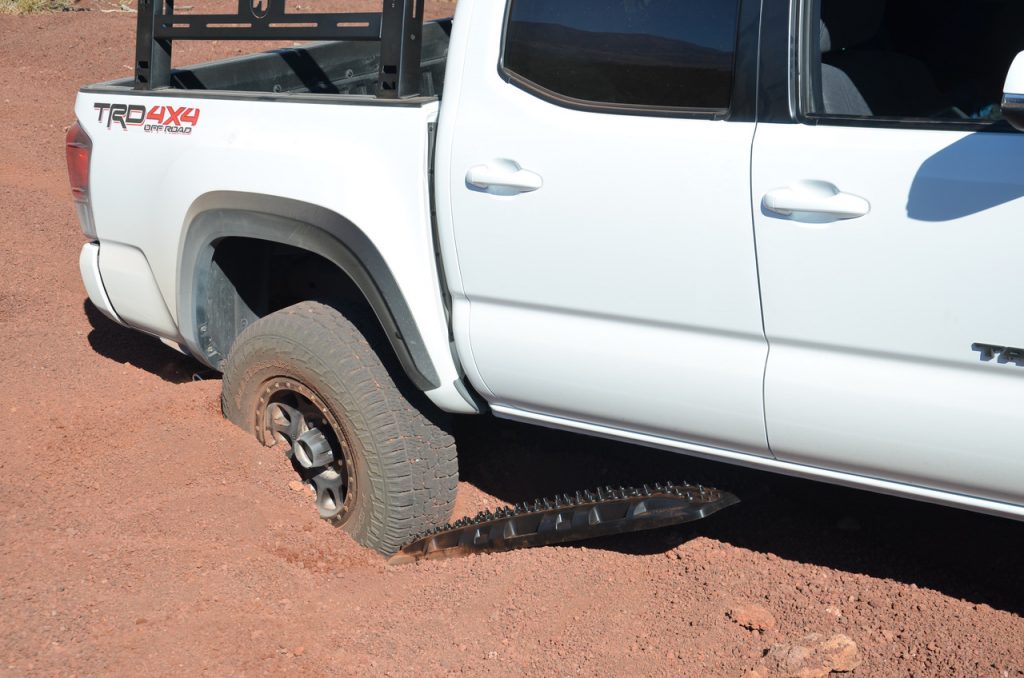 Part one of the testing took place out in an OHV park in Flagstaff, Arizona, called Cinder Hills during the summer.

The first test was performed after burying my rear tires in an area with loose rocks/sand. The dirt was fine to coarse rock that was up to a foot deep in some spots, making it an ideal place to get stuck and replicate similar situations where recovery boards may be used.

After driving uphill in 2WD, the truck eventually bogged down and dug its tires deep into the loose terrain. To replicate a situation that solely relies on recovery boards, I grabbed a shovel and dug out the front of the rear tires to make an ideal place for the recovery board to rest.

To make this a valid test, all the traction aids were turned off. The optimal position to place the recovery boards is to have the front knobs touching/resting on the front of the tire so the tire can grab onto the knobs and hopefully produce enough traction to free the truck. 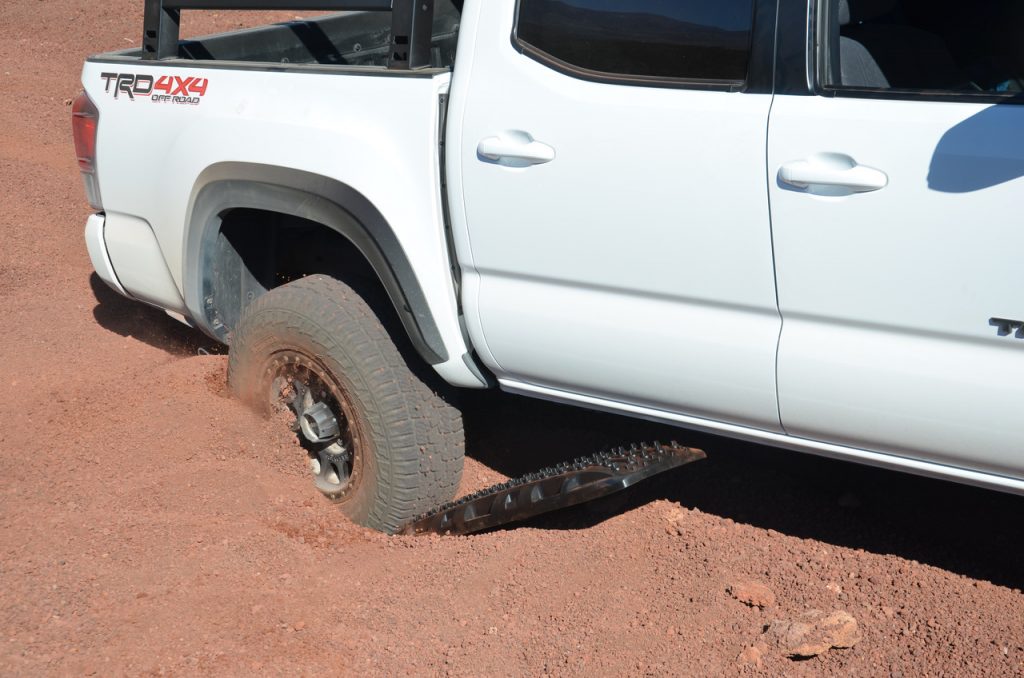 After locating the boards in the right place on both sides, it was time to try and get free. The wheels spun a few revolutions before the tire tread got traction on the boards. For the most part, the recovery went well.

It took a little finagling to get them to hook up with the tires, but once they did, the boards did their job and got the truck free. While the wheels spun and melted off some of the teeth, that is to be expected on all recovery boards at some point or another. Efforts were made to prevent as much spin as possible. 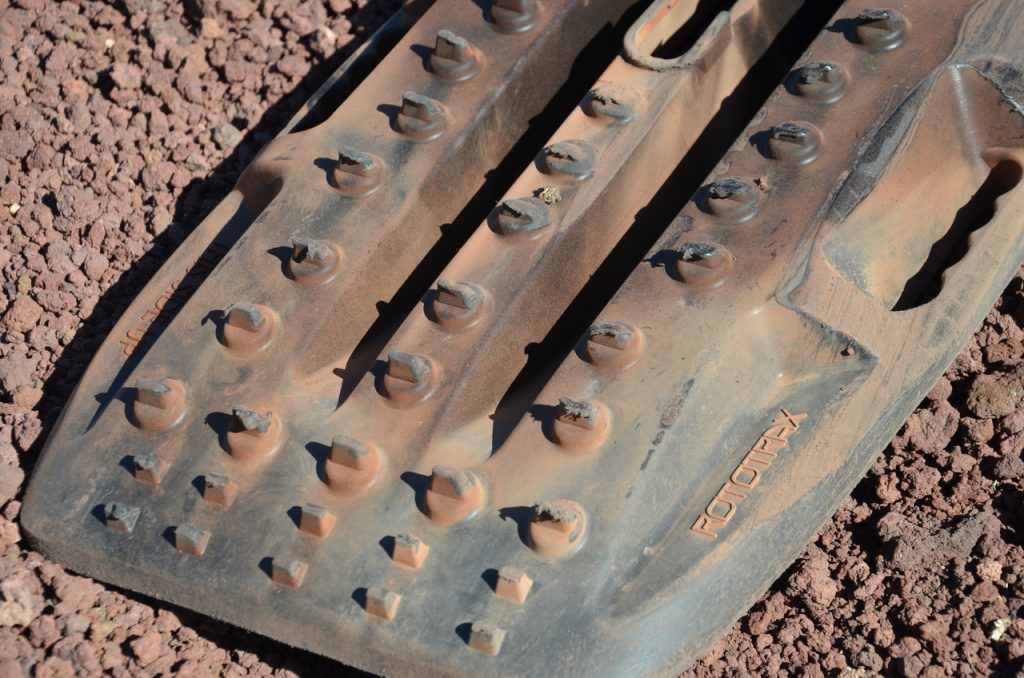 After examining the boards after the first recovery, some things stood out.

First, there were a handful of teeth partially melted off. While this is expected, the more often you spin the wheels on the boards, the less useful they will become. Expect normal wear and tear to occur with use. This softer plastic does have less resistance to damage, but for the price, you can’t complain.

Next, I noticed some warping. After the board was used, it was evident that it was twisted and bent. The lack of support/ribbing caused the material to lose its original shape. Again, nothing to make them useless, but important to note. After setting them down for a bit in the sun, they started returning to their original shape but were still slightly deformed. 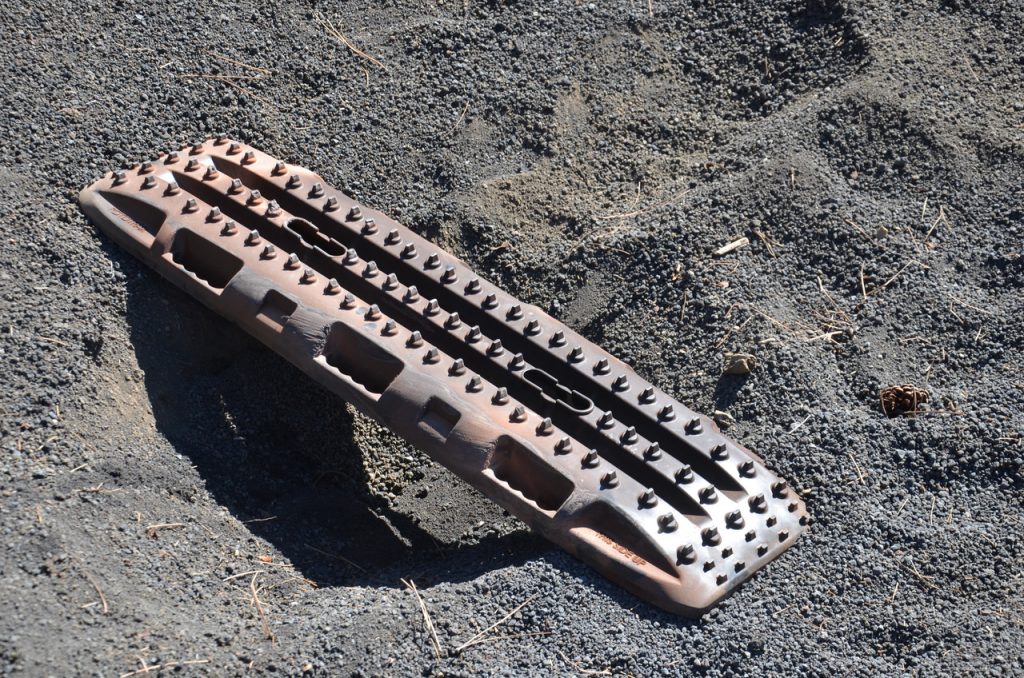 The next test was the bridge test. Another commonly used scenario for recovery boards is when one may encounter a ditch, log, or steep rock feature out on the trails that may require the use of recovery boards to help bridge the gap.

For this test, it was done first with one board and then, using both boards. After digging a hole around two feet deep, one recovery board was laid lengthwise across the hole. 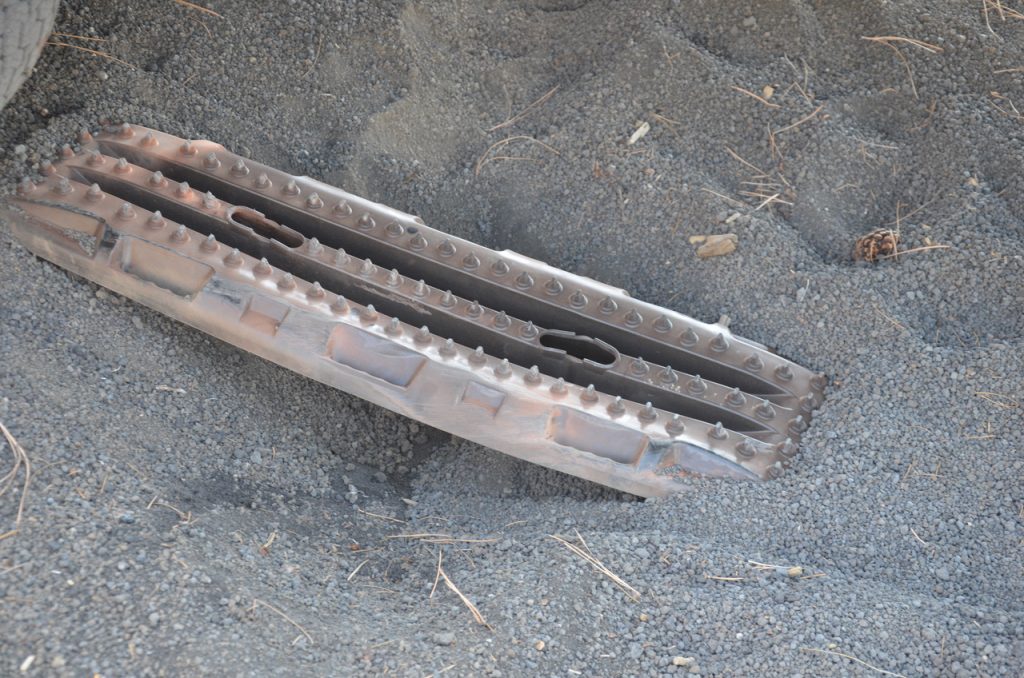 I then drove my truck over the recovery board, pausing to allow the weight of the truck to center over the traction board. 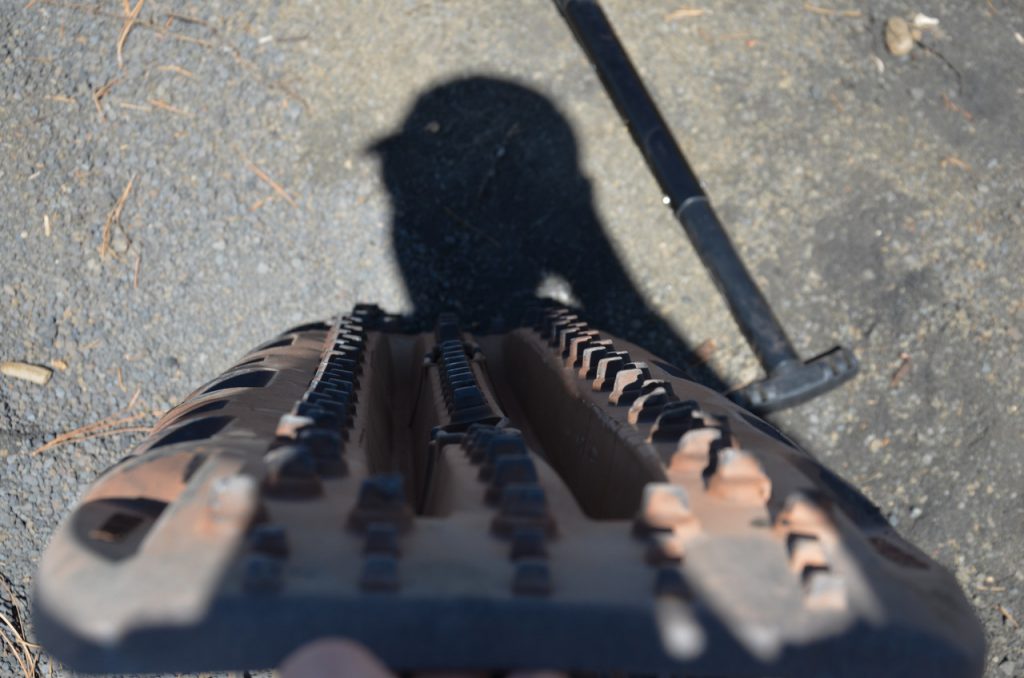 Again, I noticed a bit of plastic deformation. The weight of the truck placed onto the board had expanded the overall surface area of the board.

Visible signs of warping were evident but the truck had successfully gotten over the gap. After setting the board aside they slowly started to return to their original shape. 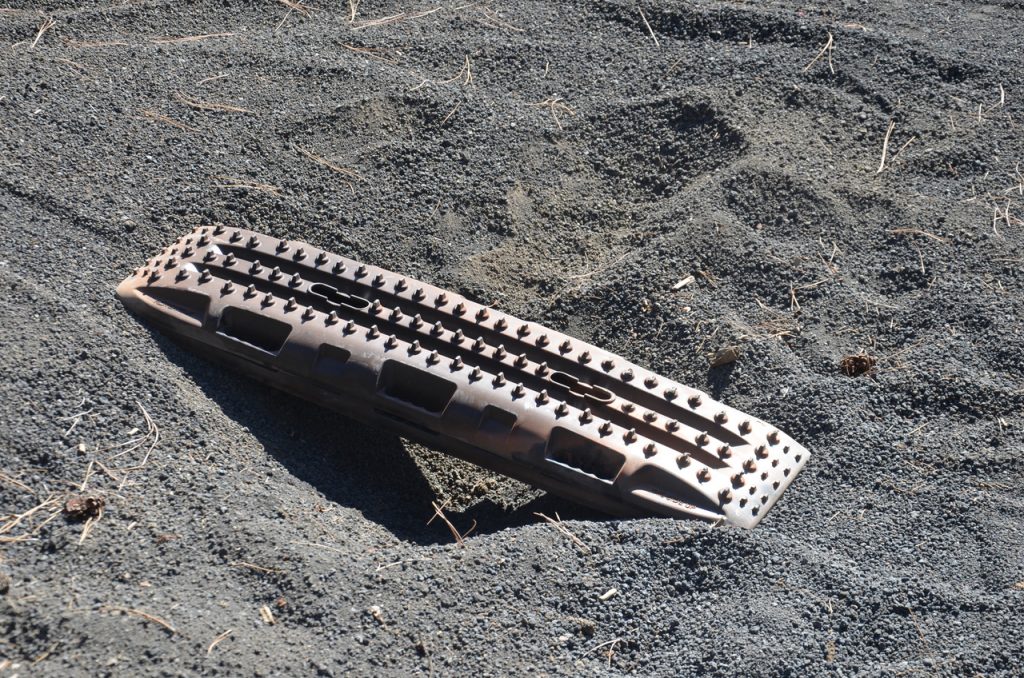 The next and final test was the bridge test but with two boards stacked. Same scenario with a 2-foot hole and the boards laid across. 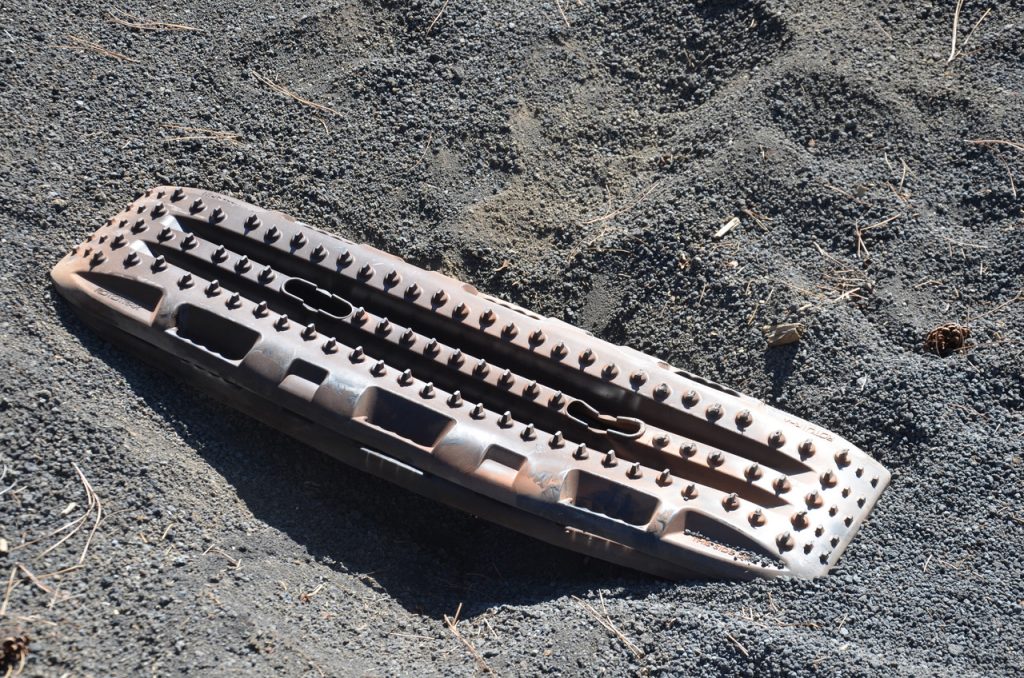 After successfully bridging the gap, the boards were further inspected to see how they held up. As compared to the one board test, the two board tests held up significantly better, as you might imagine.

The boards did show similar signs to warping as per the one board test, but not nearly as much. Mounting slots and horizontal strength seem to be the biggest weakness on these boards. As before, as seen in all tests, the boards did eventually slowly start to the original shape but had still some visible signs of warping.

As mentioned previously, this was a staged recovery to see what the boards initially have to offer. It is hard to replicate all real-world applications since almost all recovery situations will present themselves with their own set of challenges.

I continue to go off-roading in all conditions. I kept these boards with me for the obvious reason of using them if I got stuck. Fortunately, I never had to use them on my own rig but did come across two scenarios where I busted out these boards to help free another vehicle. I’ll briefly mention my experience with these boards in those situations. 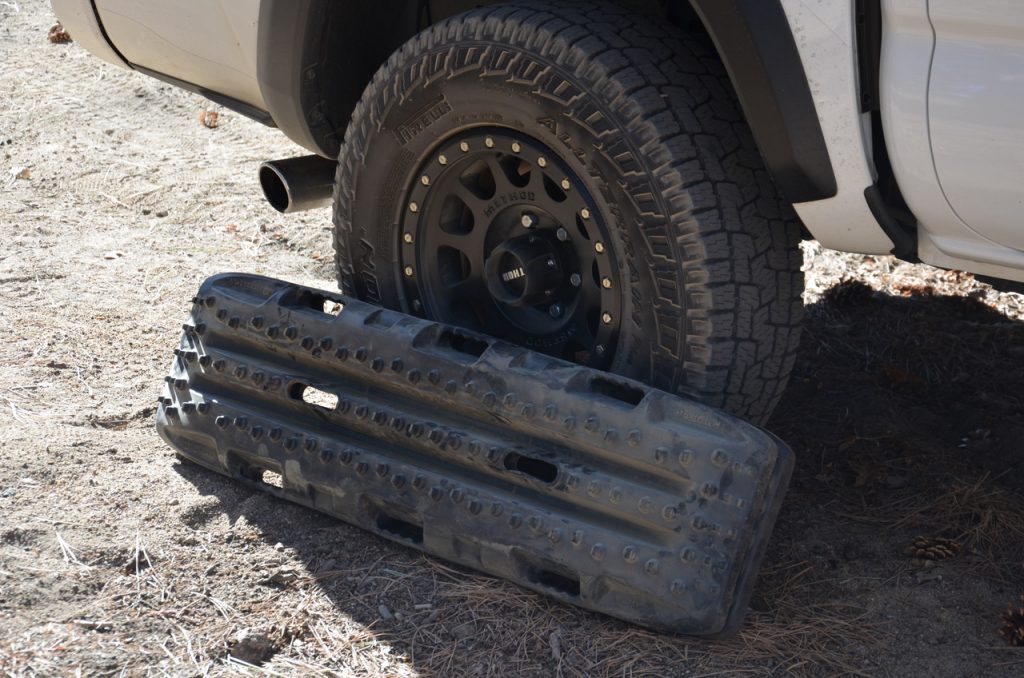 In both scenarios, vehicles were stuck in a position that presented imminent hazard if not recovered properly.

To note, I was not totally prepared for these recoveries. I should have had much more gear with me. These two recoveries had similar conditions and the boards got the job done both times. The ground was loose and slippery ground with a heavy vehicle sitting on a cliff-like edge. To keep things short, the boards did their job and didn’t skip a beat.

Although the flexible material originally seemed like a weak point, the ability of the boards to flex helped to conform them to the ground and act as an anchor point for helping to recover the vehicles. 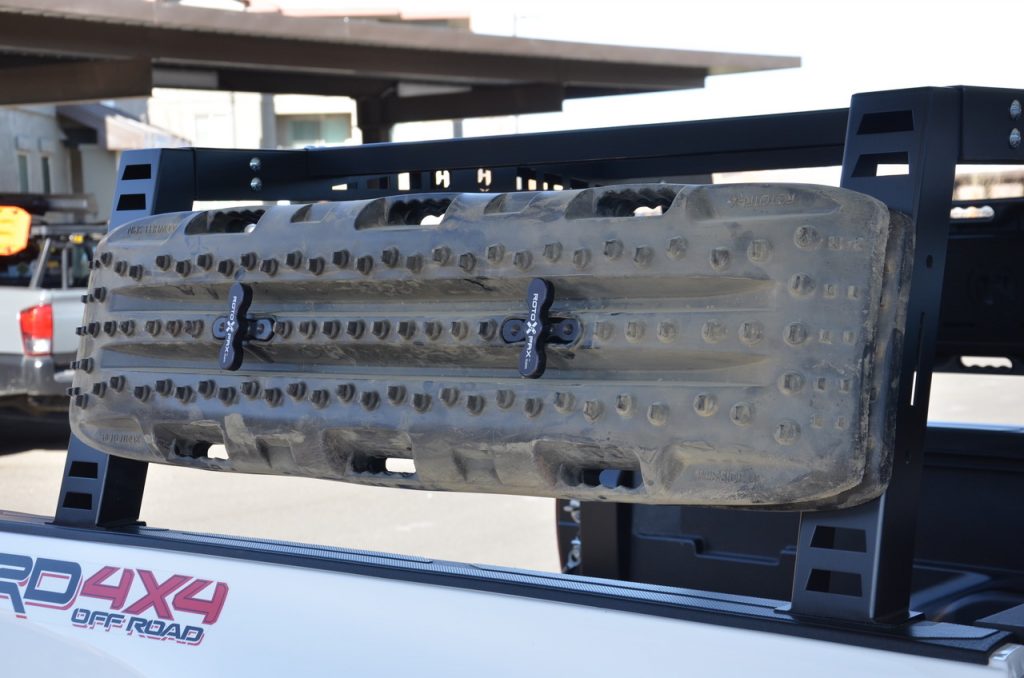 Let’s face it, recovery boards are not a cheap investment but are a necessity for your recovery kit.

Thankfully, the RototraX boards come into the market at about, or occasionally, more than half the cost of the other competitors out on the market. Furthermore, the boards use the tried and true RotopaX mounting system making it easy to mount using their existing system. In the upcoming future, they are going to start offering various color options for the boards which can complement the color scheme of your Tacoma.

On one side, the boards aren’t spectacular. There are a handful of simple improvements that could be made to help strengthen the boards. However, since these boards are so much cheaper than many of the other competitors, it is obvious they will lack some features. I will say this though, the boards are a great budget option. Chances are, if you’re in the market for a cheaper recovery board, you won’t be beating on your truck too badly or plan on getting stuck too often, not that getting stuck is something you plan. 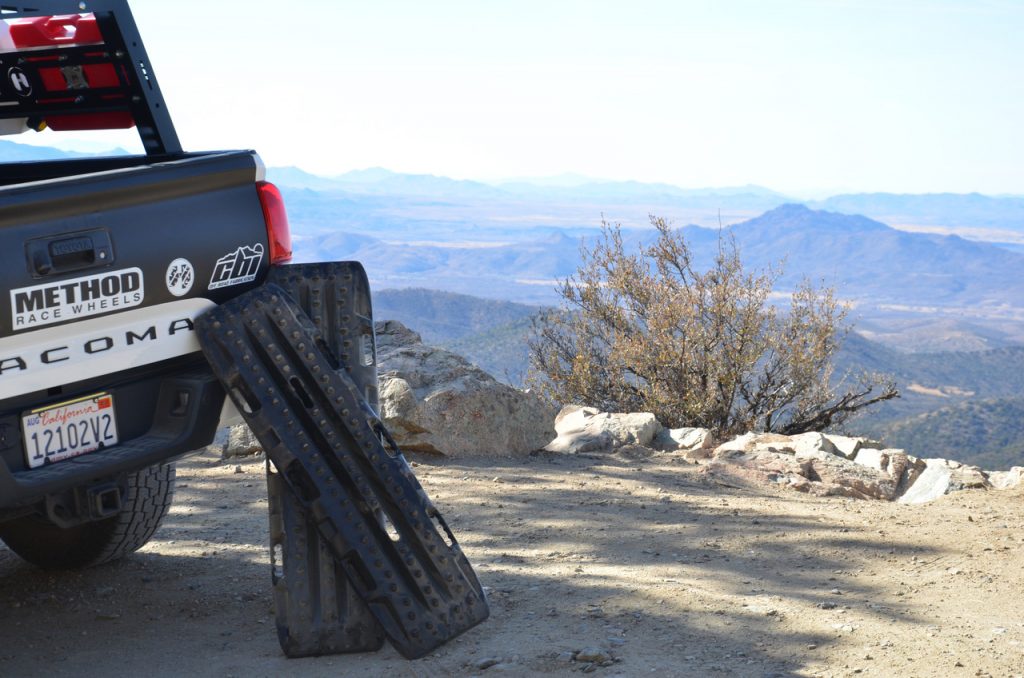 These boards will save you a ton of money, and ultimately, it’s unlikely most of us will need to use them more than a handful of times. Bottom line? If you’ve got a super heavy rig, or you frequently get stuck, I would purchase one of the pricer options. As for the other 99% of us? These are more than sufficient.

Plus, if you think about it, you can go through three or four sets of these before you spend as much money as one of the higher-end options. RotopaX has come out with a reasonably priced and reasonably performing recovery tool. Save some money and add these to your kit for peace of mind.

I almost forgot to mention, a pair of these weighs under 12lbs and we all know how important it is to keep the weight down. Other traction board alternatives, especially the more expensive ones, can get very heavy. With these boards, you’re also saving valuable weight. Yet another reason to consider this option from RotopaX!

Hey guys, I'm Sean! I'm a Northern California Native who currently resides in Prescott, Arizona, where I attend Aviation School. I'm a huge lover of the outdoors, taking every opportunity to go explore in my Tacoma.

Thanks for the great detailed and real world scenario review. I came across these online and when I searched for reviews, your review came up top of the list. Thanks again! 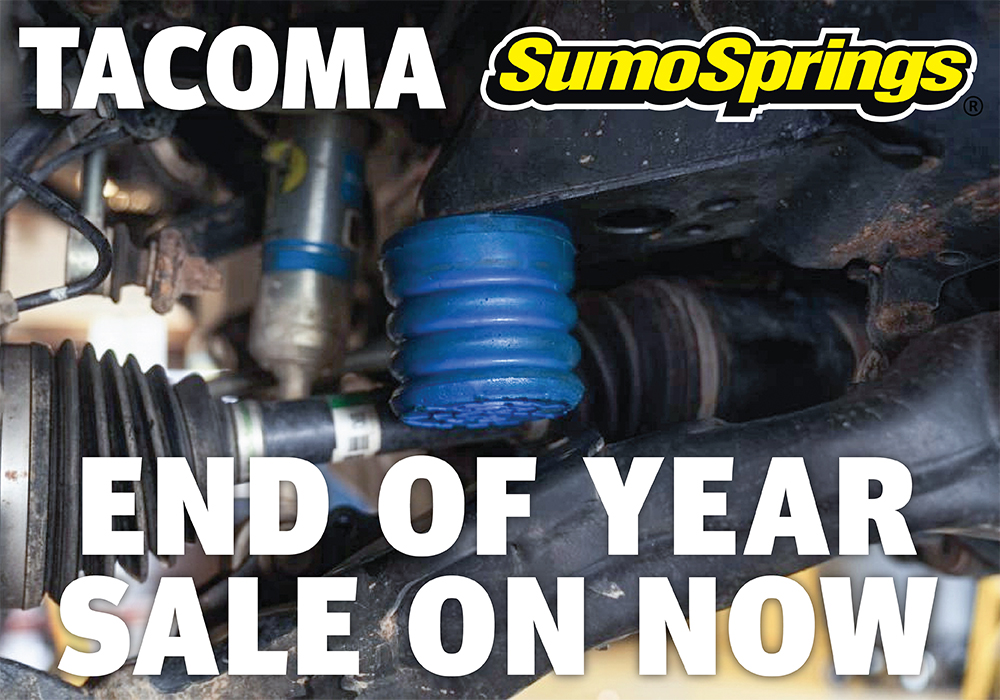